The Dangerous Rise of Buddhist Chauvinism

28 Jul 2015 – The Buddha, Siddhartha Gautama, composed no sutta to religious hatred or racial animus. And yet Buddhist chauvinism now threatens the democratic process in both Myanmar (Burma) and Sri Lanka. Some of the same Buddhist monks who braved Myanmar’s military junta in the “Saffron Revolution” of 2007 today incite violence against members of the country’s Muslim Rohingya minority. In Sri Lanka, the ethnic chauvinism of the Buddhist Sinhalese, stirred by a former president determined to reclaim power, mocks the supposed goal of reconciliation with the vanquished Hindu Tamils. 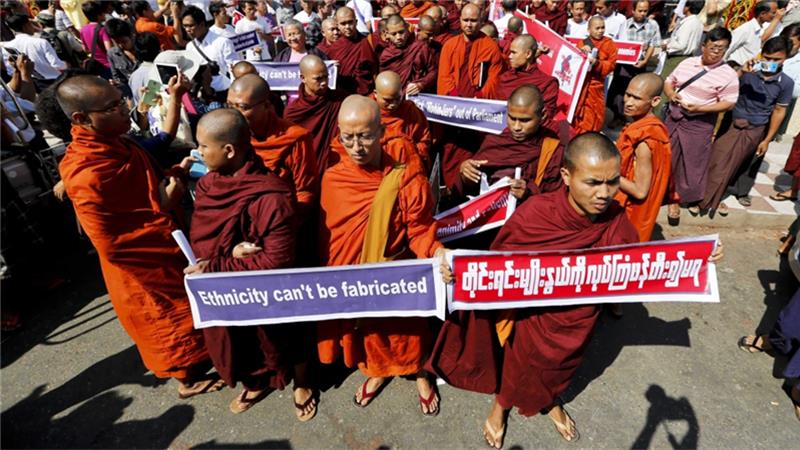 In Myanmar, Buddhist racism is at the root of a virtual civil war in the state of Rakhine and is fueling a humanitarian crisis in which hundreds of thousands of Muslim Rohingya have fled their country by land and sea. Most ominous for Myanmar’s future, given that all genocides are linked to official action, this racial and religious antagonism is in no way spontaneous. The Rohingya have already been stripped of their Myanmar citizenship, and a raft of new and proposed legislation that would further marginalize Islam seems certain to provoke further violence.

A new marriage law, for example, requires interfaith couples to register their intent to marry with local authorities, who will display a public notice of the engagement; only if no citizen objects to the union – highly unlikely in the present tense climate – is the couple permitted to wed. Another bill in the pipeline would forbid anyone under the age of 18 from converting to another religion, and would require even an adult seeking to convert to gain the permission – subject to repeated interrogation – of local officials.

Perhaps most disturbing, a third recent bill would allow for the imposition of Chinese-style population control on any group with a growth rate that is higher than the national average. Women could be ordered to wait, say, three years after the birth of a child before having another. Here, too, local governments, which are the most susceptible to popular prejudices, will be empowered to implement a law that seems specifically targeted at the Rohingyas, with their large families.

These laws do not yet amount to an updated version of the Nuremberg laws (the anti-Jewish legislation enacted by the Nazis in 1935). But they do reflect the agenda of those seeking to fan Buddhist resentment in order to thwart Myanmar’s democratic transition. That dark ambition has gained urgency, because the country is due to hold its first democratic presidential election since the transition began in 2011.

The Rohingyas are, of course, the main target of this strategy. But there is another target as well: Aung San Suu Kyi, the Nobel Peace Prize laureate and opposition leader.

For now, Suu Kyi is precluded from running for President by a cynical constitutional provision that excludes anyone whose spouse or child has a foreign passport (Suu Kyi’s two sons by her late English husband hold British passports). Nonetheless, the regime, still fearing her popularity, is playing the race and religion card in order to discredit her and her party, the National League for Democracy, which won all but one of the parliamentary seats contested in the recent general election (and swept the annulled 1990 election).

By stoking Buddhist violence against the Rohingya, the regime aims to damage Suu Kyi and the NLD’s chances of victory in two ways. If she speaks out for the Rohingya, her appeal among Buddhists, the vast majority of Myanmar’s citizens, may be dented enough to preserve the army’s grip on power. If she does not defend the Rohingya, her aura of moral leadership may be dimmed among her own supporters, both at home and abroad.

So far, Suu Kyi has circumvented this booby trap with the verbal evasiveness that one would expect of an ordinary politician, rather than someone of her courage and standing. But, as the violence grows and the election nears, her room for maneuver will undoubtedly narrow. Instead of highlighting the country’s real needs – serious land reform, an anti-corruption drive, and freeing the economy from oligarchic control – she may instead be drawn into defending an unpopular minority.

A similar political imperative is at the heart of the Sinhalese chauvinism that has made a sudden return to public life in Sri Lanka. The religious and ethnic passions of the Sinhalese were encouraged during the final, bloody push that ended Sri Lanka’s quarter-century of civil war with the Tamil Tigers in 2009. But instead of seeking reconciliation with the Tamils following their defeat, then-President Mahinda Rajapaksa continued to play on ethnic hatred as he subverted Sri Lanka’s democracy. 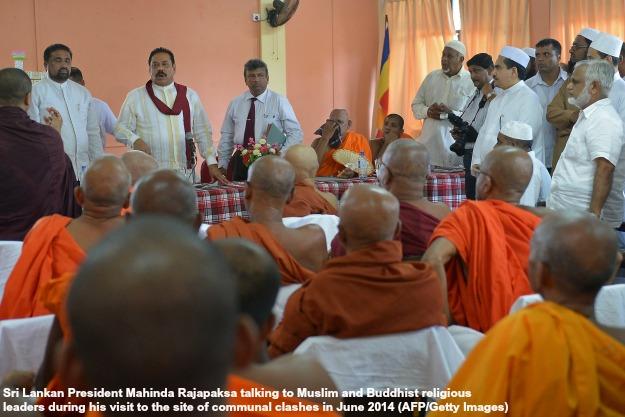 Rajapaksa’s unexpected defeat by a coalition of Sri Lanka’s democrats and Tamil political parties in last January’s presidential election – a result that he then sought to annul – should have ended both his career and the politics of race-baiting. But the former president is now mounting a furious comeback bid and might well win the parliamentary election scheduled for August 17.

One reason for Rajapaksa’s potential victory is his deep pockets; another is that he can probably count on support from China, having allowed the construction of ports and other facilities for the People’s Liberation Army during his presidency. But the key to his fortunes has been his effort to stoke the fears of the majority Sinhalese.

Rajapaksa is thus placing Prime Minister Ranil Wickremesinghe in the same difficult position faced in Myanmar by Suu Kyi. So far, Wickremesinghe has succeeded in suggesting that the Sinhalese have more to fear from the return of Rajapaksa than they do from the country’s ethnic minorities. But no one should ever underestimate the power of hatred to undermine a democracy from within.