Do Adults Have a Privacy Right to Use Drugs? Brazil’s Supreme Court Decides

10 Sep 2015 – The past decade has witnessed a remarkable transformation in the global debate over drug policy. As recently as the mid-2000s, drug legalization or even decriminalization was a fringe idea, something almost no politician would get near. That’s all changed. That the War on Drugs is a fundamental failure is a widely accepted fact among experts and even policymakers. Multiple nations no longer treat personal drug usage as a criminal problem but rather as one of public health. Many of them are actively considering following Portugal’s successful example of decriminalizing all drugs. The global trend is clearly toward abandoning prohibitionist policies.

The rationale most commonly offered for decriminalization is the utilitarian one, i.e. efficacy: that prosecuting and imprisoning drug users produces more harm than good. Also frequently invoked is a claim about justice and morality: that it’s morally wrong to criminally punish someone for what amounts to a health problem (addiction).

By contrast, the Supreme Court of Brazil may be on the verge of adopting a much different and more interesting anti-criminalization justification. The Court is deciding whether the right of privacy, guaranteed by Article 5 of the nation’s constitution (one’s “intimate” and “private life” are “inviolable”), bars the state from punishing adults who decide to consume drugs. In other words, the Court seems prepared to accept the pure civil libertarian argument against criminalizing drugs: namely, independent of outcomes, the state has no legitimate authority to punish adult citizens for the choices they make in their private sphere, provided that those choices do not result in direct harm to others. 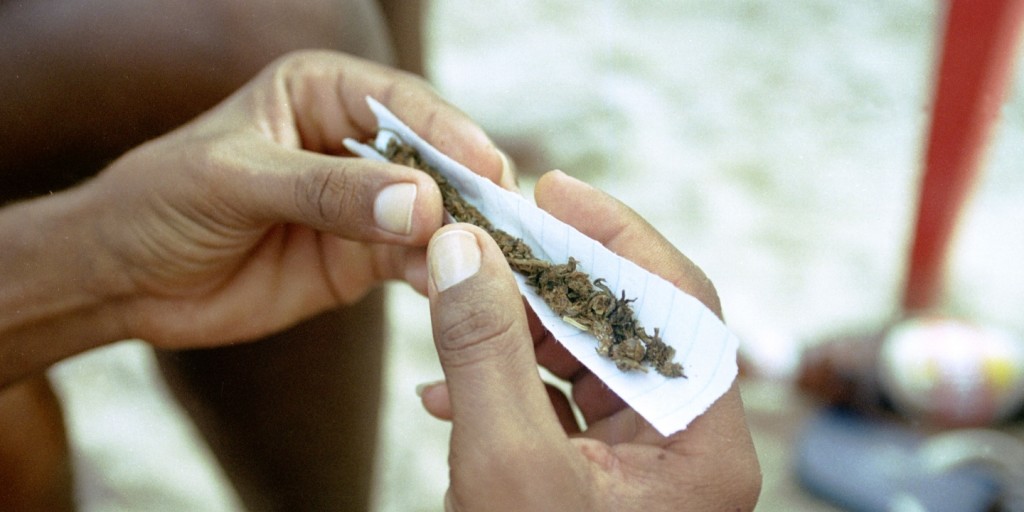 The specific case before the court involves a defendant from São Paulo, Brazil’s largest city, who was arrested and convicted for possessing three grams of marijuana. Brazilian law already bars judges from imposing prison sentences on individuals for the crime of drug possession (where the amounts suggest it is for personal usage rather than “trafficking”). The amount he had was deemed to be for personal usage, and he was convicted and sentenced to two months community service. But his lawyers raised the constitutional argument that punishing him for personal drug usage violates his constitutional guarantee of privacy.

That’s the argument that is now before the 11-justice Brazilian Supreme Court. Three weeks ago, the first of the judges, Gilmar Mendes, accepted the argument and voted in favor of decriminalization. In his ruling, he argued that treating drug users as criminals — and imposing on them a “criminal stigma” — “violates their individual rights” as well as constituting a wildly disproportionate reaction to private behavior that poses no direct harm to anyone.

The case resumed this afternoon, with the second judge, Luiz Edson Fachin, endorsing decriminalization but only for marijuana (in response, Justice Mendes argued for broad applicability of decriminalization to all narcotics: “I see no rationale for maintaining criminalization for personal usage, regardless of the quality of the drug in question”). The third judge to rule today, Luís Roberto Barroso, also endorsed decriminalization, announcing: “the war on drugs has failed.” Justice Barroso argued that criminalization has resulted in the imprisonment of vast numbers of people, including young citizens, often destroying their lives, with no resulting benefit. “The only solution to drug trafficking is the end of criminalization,” he argued, adding that the nation’s notoriously awful prisons amount to “a genocide of Brazilian youth.” (Credit to the excellent Brazilian legal news site Justificando and accompanying Twitter feed for live-blogging the ruling.)

Even a pro-decriminalization ruling from the Brazilian court would likely have limited legalistic impact. Dr. Rubens Casara, a criminal judge in Rio de Janeiro state who presides over drug cases, told The Intercept that a primary difference between Brazil’s Supreme Court and the U.S. Supreme Court is that the decisions of the former resolve only the specific case before it (and cases that have been frozen pending the decision), and otherwise lack binding precedential effect. As a result, even if the Court rules in favor of decriminalization, as Judge Casara expects, lower-court judges are free to ignore that decision and continue to treat personal drug usage as criminal.

Moreover, there are no standards for what quantities constitute “personal usage” as opposed to “trafficking,” meaning that judges, and the government, will continue to wield vast discretion over who can be treated as a criminal. Beyond that, the court may act as a political rather than judicial body and issue what Judge Casara called a “timid” ruling by, for instance, confining decriminalization to marijuana (a distinction that has no theoretical cogency — how can a Constitutional privacy guarantee prohibit punishment for marijuana usage but allow cocaine or heroin usage to be punished? — but may be legalistically justified since the specific case before the court involves a marijuana conviction).

Still, said Casara, a pro-decriminalization decision from the Brazilian Supreme Court is likely to be influential on how judges rule on such cases in the future. More significantly, such a ruling on privacy grounds has the potential to be debate-changing both inside Brazil and globally. Casara explained that the crux of this particular argument about drug prohibition is the proper limits of state power:

The principal thesis is that nobody can be punished for what they do if their actions do not harm third parties. For example, under Brazilian law, attempted suicide is not a crime. If someone tries to commit suicide and does not die, it is not a crime. Why? Because it is understood as self-harm, it is a problem that only concerns the individual. And this creates a paradox. If a person tries to kill himself, it’s not a crime. If you smoke a joint or use cocaine, or use crack or whatever, you are punished for that. The idea is that drug usage, if there is a harm, is only self-injury, only harms the individual and thus cannot be the object of state punishment. The state must respect the individual liberty of whomever wants to use drugs.

That pro-privacy reasoning tracks the arguments made by, among others, the ACLU in opposing drug criminalization. The civil liberties group has stressed how inherently abusive is the police state needed to enforce criminal laws banning personal drug usage:

When there’s no victim, how are the police supposed to find out when the law has been broken? The only way for police to fight victimless crime is to proactively search out wrongdoing: insert themselves into people’s lives, monitor their behavior, search their cars, etc. The enforcement of drug laws thus relies disproportionately on surveillance, eavesdropping, and searches of private places and effects. This (and misguided judges) is the reason that the failed War on Drugs has generated so much bad law around privacy and the Fourth Amendment in particular.

Back in 2009, I wrote a report on the 2000 decision of Portugal to decriminalize all drugs, and, after conducting extensive research in that country, documented what a resounding success that policy has been. What struck me most about that remarkable decision was that Portugal is quite a conservative country: heavily Catholic, anti-abortion, and otherwise averse to out-of-the-mainstream social progress.

Judge Casara argues that Brazil, though quite progressive in some ways, is also deeply conservative on these issues: “I think that Brazilian society is particularly authoritarian and prejudiced. In respect to drugs, there are many prejudices, including marijuana. … In general, the society has shown itself to be very resistant to decriminalization. Obviously, Congress can decriminalize and it would be the best path. But I do not believe that in this historical framework, and with the particularly conservative Congressional make-up right now, that there is the slightest possibility that this will happen.” As Judge Barroso said today: “This is a delicate question, because the solution favored by the three of us [pro-descriminalization judges] does not correspond to the majority of the population. It’s a decision contrary to the views of the majority, but it protects the rights of criminal defendants.”

A former president of Brazil, Fernando Henrique Cardoso, has become an outspoken advocate of decriminalization. He was a member of the Global Commission on Drugs, which concluded that “the global war on drugs has failed, with devastating consequences for individuals and societies around the world.” Indeed, virtually every harm cited by drug prohibitionists is either exacerbated, or created in the first instance, by the criminalization scheme itself (exactly as was true of alcohol prohibition; in 2011, I debated George Bush’s drug czar, John Walters, at Brown University on exactly that proposition).

Brazil has suffered from massive societal problems from drug criminalization, with horrifically over-crowded prisons, overwhelmed courts, and tragically under-funded treatment facilities for the nation’s poor addicts (which is what happens when a country spends huge resources on arresting and prosecuting drug users). The fundamental, profound failure of the Drug War can be seen in all of its manifestations in Brazil. A judicial ruling that recognizes those harms, but more importantly announces that the state has no right to treat adults as criminals for the private choices they make about what substances to consume, could alleviate significant criminalization-caused suffering not only in Brazil but around the world.