17 Sep 2015 – In less than two weeks we went from the picture of a dead refugee child to three new countries bombing Syria. How did we get here? And, perhaps more importantly, why did we get here?

George Bush’s political architect Karl Rove once said “politics is TV with the sound turned off”. This has never been more true than the way European governments and liberal interventionists have coalesced around the collective trauma of seeing the now-famous photo of a dead refugee child washed ashore to push for further bombing of Syria. Some against ISIS and others, increasingly, against the Assad government under the guise of a no-fly zone.

Indeed, the initial publishing of the pictures in The Independent (the now-famous image was originally tweeted out by Human Rights Watch’s Peter Bouckaer) was accompanied by calls for UK Prime Minister David Cameron “to act”.

What that meant exactly wasn’t made clear but the door was left opened for a martial interpretation, which is precisely what Mr. Cameron did. In less than 96 hours, the UK was plotting to bomb Syria. France and Australia would soon follow.

Just as with the Charlie Hebdo attacks, the response was a swift military response to collective trauma with little or no public debate. Less than a week after the January 7th attack, if one recalls, the French legislature authorized the bombing of Iraq with a vote of 925 to 1.

Shock. Outrage. Bomb. Increasingly, we live in a spectaclocracy – the rule of spectacle.

We share a collective trauma and because we cannot engage in a clear-headed dialogue about the root causes of this trauma – namely the ways in which our imperial wars have driven the refugee crisis and extremism – we lash out. We simply bomb. The broader questions, because they would force us to dissect our own imperial privilege, are never discussed in a meaningful way. 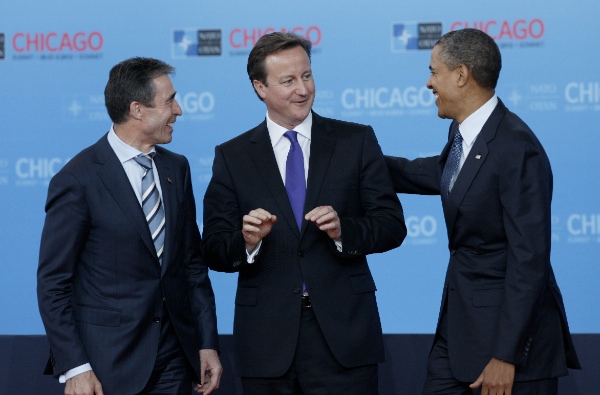 But those wanting to increase bombing of ISIS wouldn’t be the only actors at work. Liberal interventionists who have been calling for the overthrow of Assad would also seize the outrage to push their policy agenda.

Much like the bombing of Libya, a potential western invasion of Syria must be couched in the language of humanitarian intervention. To achieve this, war proponents must use the increasingly Orwellian term “no-fly zone”. A term that is designed to sound like a reduction of war but historically entails anything but.

Here, for example, is what a no-fly zone meant in Libya in just the opening day, according to The Epoch Times:

According to a Pentagon spokesperson, the U.S. and Britain have launched 110 Tomahawk missiles aimed at at least 20 air defense systems located on Libya’s coast. French fighter jets destroyed several tanks and military vehicles belonging to Col. Gadhafi in air raids on the outskirts of the besieged opposition stronghold of Benghazi.

The no-fly zone justification would eventually be dropped altogether and weeks later regime change would be official policy. As the Pentagon themselves explained in 2013, a no-fly zone for Syria would look similar, only on a much larger scale. According to The New York Times:

Imposing a no-fly zone, [Gen. Martin E. Dempsey] said, would require as many as 70,000 American servicemen to dismantle Syria’s sophisticated antiaircraft system and then impose a 24-hour watch over the country.

No-fly zones have historically meant full-scale air assaults, and while those pushing for one in Syria may argue that doesn’t necessarily mean this one would, they have yet to articulate why or how. Politics deals in approximants and what matters is, it feels like overthrowing Assad would end the Syrian refugee crisis. At no point is anyone tasked with showing how exactly it would, nor are they asked to account for the influx of Libyan refugees after NATO bombed and overthrew their leader. The syllogism: overthrow equals less refugees, is simply taken for granted.

That a great deal of those leading the charge to highlight the refugee crisis are institutions that have long supported regime change belies a purely humanitarian motive. Avaaz, a major global NGO that called for a military invasion of Libya and Syria is spending a great deal of time highlighting it. Pro-intervention American liberals Nick Kristof and Anne Marie Slaughter , who also supported the invasion of Libya, are as well.

Earlier Monday [14 Sep], advocates from human rights organizations Save the Children and Amnesty International both advocated a –no-fly zone. They join Human Rights Watch director Ken Roth who has long-egged on western intervention in Syria.

Any appeal for western states to take refugees can, in theory, be done agnostic to the issue of intervention, but this largely has yet to be the case. Repeatedly, the calls to “do something”, while spoken in the language of humanitarianism, are little more than warmongering by another name. Warmongering, as it turns out, makes for a poor protest theme so instead it’s smuggled into the largely popular pro-refugee narrative.

For those of us who want Western governments to take seriously the refugee problem without advancing war, the current pro-war, pro-refugee narrative is leaving us to ask: how did we get here and, more importantly, how do we have an honest discussion of how to get out of it that doesn’t involve even more bombing?

Adam Johnson is an associate editor at AlterNet and a contributing writer to Fairness and Accuracy in Reporting.