Human Rights and the Targeting by Drone

18 Sep 2015 – The UK government has justified its targeting and killing of three people who were engaged in hostilities as part of the ‘Islamic State’ forces by relying on international law. This is to be applauded, as compliance with international law is in the interest of long-term peace and security in the UK and in the international community, and on the rule of law. It does not necessarily mean that their justification of self-defence, or even collective self-defence, is accurate or sustainable once the full facts are known. 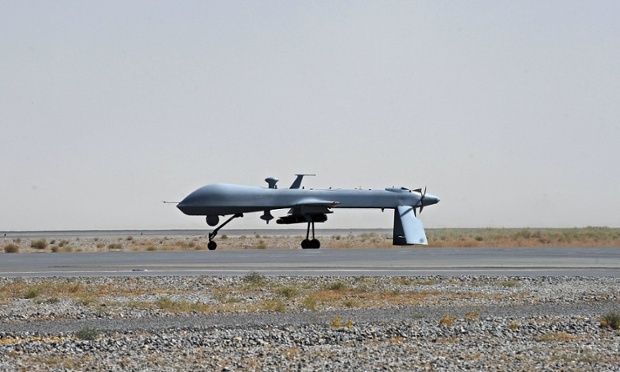 US drones are so secret that the White House barely mentions them by name. Photograph: Massoud Hossaini/AFP/Getty Images

However, even if the UK argument of reliance on self-defence is in accordance with a part of international law, that is not sufficient to conclude that the targeted killing is in compliance with all of international law. It only means that the armed force by the drone could be used lawfully by the UK in Syrian territory. There are at least two other areas of international law that are also relevant and should be complied with: international humanitarian law (IHL); and international human rights law (IHRL). The former concerns the lawfulness of force within the armed conflict once it commences, and the latter applies at all times. I will focus here on the application of IHRL, including its interaction with IHL.

IHRL does not allow the targeting of individuals to kill them except in strictly limited circumstances. This was confirmed by the UN Special Rapporteur on Arbitrary Killings in his 2013 report (para 60):

International human rights law prohibits arbitrary killing. This prohibition is reflected in specific treaty obligations and forms part of customary international law. Outside situations of armed conflict, the use of deadly force by the State is lawful only if strictly necessary and proportionate, if aimed at preventing an immediate threat to life and if there is no other means of preventing the threat from materializing. It follows that lethal remotely piloted aircraft attacks will rarely be lawful outside a situation of armed conflict, because only in the most exceptional of circumstances would it be permissible under international human rights law for killing to be the sole or primary objective of an operation. 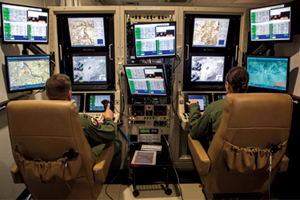 Flying a drone can feel like a deadly two-person video game—with a pilot (left) and sensor (right).

This statement is consistent with the decision of the European Court of Human Rights in McCann v UK, which concerned the UK security forces’ shoot to kill policy in relation to alleged IRA terrorists in Gibraltar. The Court held that these actions violated the European Convention on Human Rights (ECHR), at least because the UK’s forces could have taken alternative action instead of killing them.

IHRL applies in peace and conflict, as was confirmed by the ICJ in DRC v Uganda and its Advisory Opinion on the Wall. The issue is, therefore, if a specific rule of IHL applies to set aside the normal IHRL prohibition on arbitrary killing. In most instances, the two international law regimes reinforce each other e.g. they both prohibit torture, IHRL can help clarify what is an ‘arbitrary detention’ and IHRL may have the supervisory bodies to bring a IHL claim. In this instance, the situation in Syria is one of a non-international armed conflict (i.e. an internal conflict or NIAC) and so only those IHL rules with respect to that type of conflict could apply.

IHL does allow the killing of those ‘directly participating in hostilities’ in a NIAC. However, in this instance, the ‘hostilities’ in which the ‘Islamic State’ group were participating – as far as is known – are in relation to the NIAC in Syria. This view appears to be supported by the approach of the International Committee of the Red Cross’ Interpretative Guidance on Direct Participation in Hostilities, as it requires, inter alia, a ‘belligerent nexus’ between the harm caused and a party to the conflict for there to be a direct participation in hostilities. The UK is not (or has not been) a party to the hostilities in Syria, though it has been in Iraq. It may be difficult to argue that the ‘Islamic State’ group is participating in hostilities with the UK in Syria to enable the UK to be able lawfully to target them under IHL, though, if those hostilities are in Iraq then there is an issue about the lawfulness of the pursuit of the group into Syria. It should also be noted that there may have been civilians killed by the drones, as the death of civilians who are near to (supposedly targeted) drones attacks continue to occur. 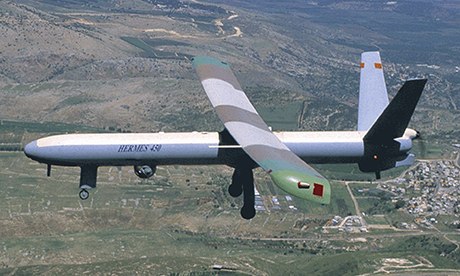 The fact that the killing occurred in another State does not mean that the UK has no IHRL obligations. Even if there had been consent by Syria to the UK action, no State can give consent to a violation of human rights by another State. There have been a series of cases that have decided that the UK’s obligations under the Human Rights Act (as applying the ECHR) continue to apply to situations where the UK has effective control or jurisdiction, such as in detention centres in Iraq and Afghanistan (see the Court of Appeal in Serdar Mohammed). It could be considered that here there was no such control, as it was an overflight by a drone over Syria, as was the case with the Bankovic situation of NATO strikes on a Serbian TV tower. Yet the development of the case law in this area has been to increase the responsibilities of States in relation to their actions violating human rights outside its territory, on the basis of the perpetrator being a State agent rather than about the effective control by a State of an area (see Hassan v UK and Jaloud v The Netherlands). In those latter cases, there was some territorial link in the relevant state due to the presence of on the ground military forces. In my view, the location of the arbitrary killings in Syria when the UK is not a participant in the hostilities in Syria, and the fact that there seems to be no direct territorial link, makes finding a violation of IHRL by the UK unlikely though certainly not impossible.

Two final thoughts about the possible consequences of this action by the UK. First, the drone operator, who is likely to be an RAF pilot (as is the UK practice in contrast to the US) will probably not have any automatic combatant immunity as the actions taken here are probably not part of any international armed conflict (see Noor Khan v SSFCA). Second, if, as may occur all too soon, drones are operated by an armed group such as ‘Islamic State’ to target individuals and to violate IHRL, the UK actions here will mean it will have reduced its legitimate legal responses to such actions. This could have a significant impact on the international rule of law.