Read below the two pieces: The Washington Post and The New York Times

9 Sep 2015 – Since 1888, the National Geographic Society has stood for science, discovery and storytelling. Its yellow-bordered magazine has served as the ultimate stage for award-winning photography, depicting the wonders of the world, and the group has supported pursuits as diverse as the underwater explorations of Jacques-Yves Cousteau and Jane Goodall’s study of chimpanzees in Tanzania. 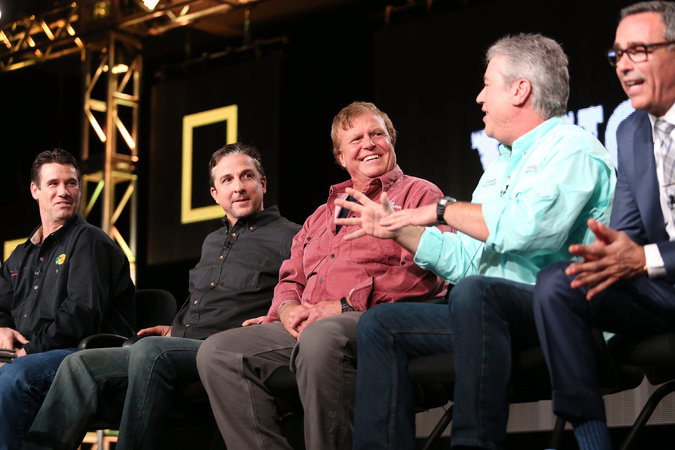 Now, the nonprofit organization plans to continue that mission, backed by the Murdoch media empire.

The National Geographic Society will continue to operate as a nonprofit organization. The $725 million from Fox will increase its endowment to about $1 billion and allow it to double its investment in science, research and education work.

The deal faced immediate questions over how that science-driven mission of National Geographic would fare now that it was in closer alignment with 21st Century Fox. Scientists have disputed comments about climate change made by Rupert Murdoch, 21st Century Fox’s executive chairman. Mr. Murdoch recently said on Twitter that he was a “climate change skeptic, not a denier,” adding that the United Nations would meet in New York with “endless alarmist nonsense.”

In response to the concern about conflicting outlooks, executives underscored that the agreement builds upon an 18-year partnership between the two groups for National Geographic Channels, a moneymaking venture of domestic and international cable TV channels available in more than 500 million homes in 171 countries. Mr. Knell said that during that time, Fox had not exerted “any sort of political or editorial interference.”

“I don’t think that they would be investing in this brand if it weren’t to keep the quality of what National Geographic stands for,” Mr. Knell said.

James Murdoch said he was personally committed to continuing the culture and the mission of National Geographic as it has existed. “It is a creative business we are in, and we are in creative alignment,” he said.

The partnership between the nonprofit organization and one of the world’s largest media companies comes about a month after the announcement of a partnership between the Sesame Workshop, the nonprofit group behind the children’s television program, and HBO, the premium cable network — signaling how both types of organizations are wrestling with similar challenges as digital transformation upends the business.

“Those same sorts of market forces that are changing the dynamics of the media space now, we are not immune to those,” Mr. Knell said. “How can National Geographic make sure that it has a place at the virtual table for every person interested in what we do?”

But while the Sesame-HBO partnership, which brings first-run episodes of “Sesame Street” exclusively to HBO and its streaming outlets this fall, helped ease funding pressures faced by Sesame Workshop, executives and analysts characterized the Fox-National Geographic partnership as more opportunistic.

”I don’t see this as a defensive move,” Mr. Murdoch said.

He called the Fox-National Geographic cable television venture “one of the most successful partnerships” that not only paid healthy dividends to the society and to Fox but also created programming that built the National Geographic brand around the world. He said the new company would expand on that partnership, creating a storytelling machine that would feed a proliferation of screens.

David Bank, an analyst with RBC Capital Markets, said that National Geographic provided Fox with the rights to an unusual collection of material that travels around the world and across digital platforms. He said the National Geographic channels could not only be bundled with Fox’s broader portfolio of sports, news, comedy, drama and other channels, to increase its leverage with TV distributors, but could also be part of a direct-to-consumer streaming offering in the long term.

“There are very few entertainment brands that travel cross border with as much brand equity as National Geographic,” Mr. Bank said.

The deal is one of the first major developments at Fox since James Murdoch was named chief executive in June. He said that the deal had been in the works for a number of months and that it was consistent with his strategy to focus the business “around big brands, building platforms around those brands, and making sure those brands matter in an increasingly competitive and digital environment.”

A version of this article appears in print on September 10, 2015, on page B1 of the New York edition with the headline: A Media Venture Joins Fox With National Geographic . 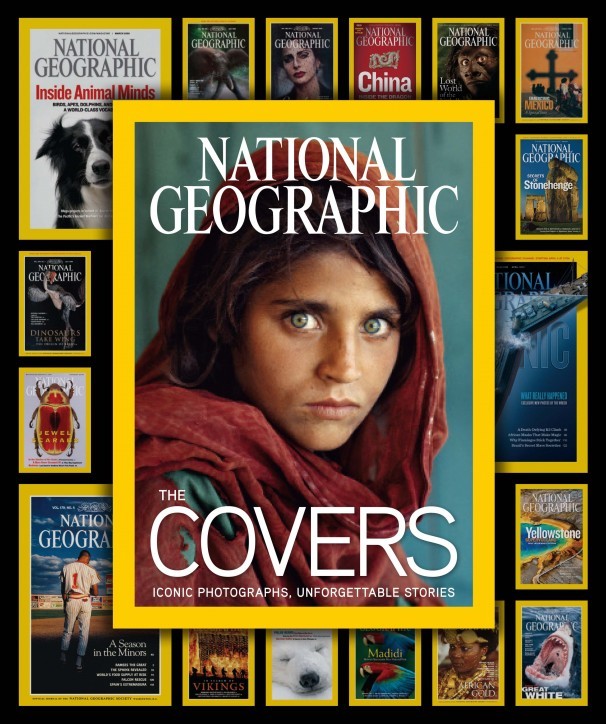 A new book, “National Geographic, the Covers: Iconic Photographs, Unforgettable Stories,” collects some of the magazine’s most famous covers.

On Wednesday, the iconic ­yellow-bordered magazine, beset by financial issues, entered its own uncharted territory. In an effort to stave off further decline, the magazine was effectively sold by its nonprofit parent organization to a for-profit venture whose principal shareholder is one of Rupert Murdoch’s global media companies.

In exchange for $725 million, the National Geographic Society passed the troubled magazine and its book, map and other media assets to a partnership headed by 21st Century Fox, the Murdoch-controlled company that owns the 20th Century Fox movie studio, the Fox television network and Fox News Channel.

Under the terms announced Wednesday, Fox will control 73 percent of the operation, called National Geographic Partners, with the balance held by the National Geographic Society. The partnership, based in Washington, will include a portfolio of National Geographic-branded cable TV channels, digital properties and publishing operations, most notably the magazine that has advanced the society’s founding mission — “the increase and diffusion of geographic knowledge.”

The agreement provides a financial lifeline not just for the much-honored magazine, but also for the National Geographic Society itself, the organization’s chief executive acknowledged Wednesday. Like many print publications, National Geographic has been hurt by the onset of the digital era, which has put it on a slow trajectory toward extinction. 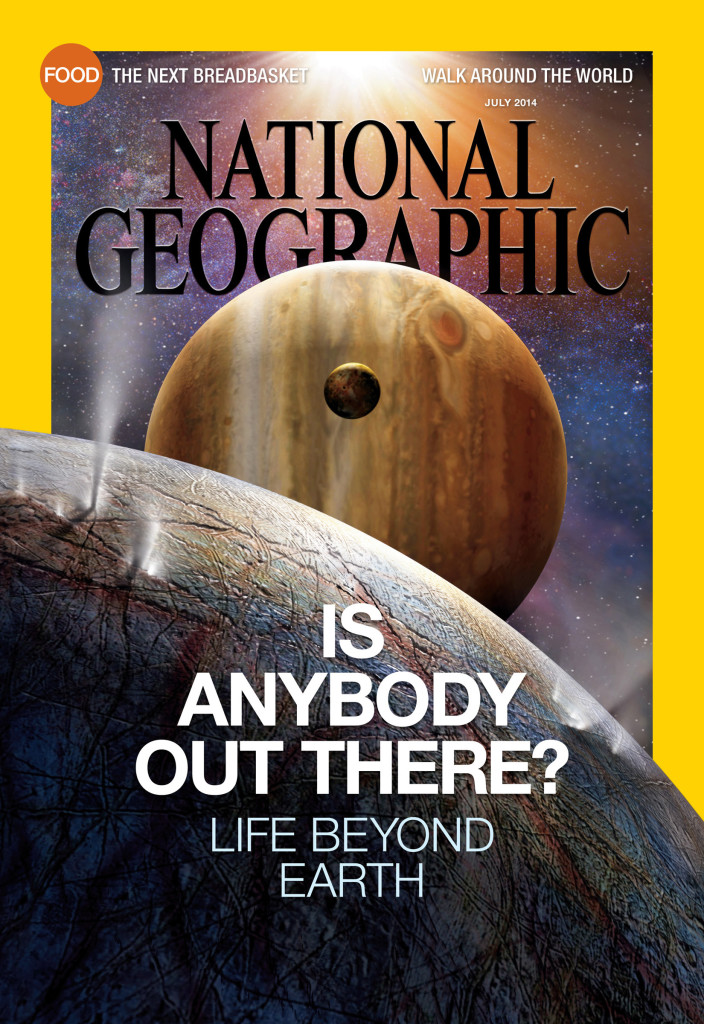 The magazine’s domestic circulation peaked at about 12 million copies in the late 1980s; today, the publication reaches about 3.5 million subscribers in the United States and an additional 3 million subscribers abroad through non-English-language editions. Advertising has been in steady decline.

“It has become apparent that ensuring the future of the society would require something bold,” the society’s chief executive, Gary Knell, said at an all-staff meeting Wednesday. Continuing as a media organization and potentially absorbing future losses, he said, “presented enormous and real existential risks. We . . . truly believe the path we’ve chosen presents the greatest potential upside.”

In his address to employees, Knell noted that keeping the magazine while cutting costs “would be a short-term fix for a long-term set of issues.”

The society first partnered with Fox in 1997 to launch the National Geographic cable channel, and later a fleet of smaller TV channels. The TV channels have grown into the organization’s most valuable assets; the venture had operating profits surpassing $400 million last year, according to one executive, although the society’s actual dividend from the partnership has not been disclosed.

Until Wednesday, the magazine and other publishing operations had remained fully under the National Geographic Society’s ownership and direction.

Although the partners spoke optimistically about the new marketing and promotional potential of their enlarged venture, the news sent shudders through the magazine’s downtown Washington offices. The one-word reaction from one of the magazine’s journalists: “Dread.”

Some of the anxiety stems from the fear of becoming an afterthought in an enterprise dominated by a shareholder, Fox, that operates a company with $29 billion in annual revenue. It also reflects uncertainty about what could happen to the magazine’s image and vaunted journalism under the Murdoch banner.

Magazine staffers point warily to Fox News Channel and to ­Murdoch-owned tabloids such as the New York Post and Britain’s Sun. They also looked closer to home — to the TV programs produced under the society’s long-running partnership with Fox.

Some of the programming on the National Geographic Channel has been a source of embarrassment to people at the society and its namesake magazine. Series such as “Doomsday Preppers” (about survivalists) and “Banged Up Abroad” (featuring “holiday horror stories”) have proved relatively popular but have caused discomfort within the organization because they are unlike the magazine’s high-minded articles and photography.

Even while she hailed the Fox partnership, Susan Goldberg, National Geographic’s editor in chief, was hesitant Wednesday in assessing the society’s TV collaboration with Fox. “Fox has acknowledged that they have not always represented the National Geographic brand in some of those programs in a way we loved or even they loved,” she said in an interview.

Nevertheless, Goldberg said the partnership will bring more resources and distribution muscle to National Geographic’s digital and print operations. “It’s great news. . . . It’s really a doubling down on our journalism and an investment in our journalism.”

She added: “There’s always anxiety over any change. . . . But holding still and doing the same thing is not a sustainable position.”

But some of the magazine’s subscribers sounded more concerned; many took to social media to register negative reactions. The outpouring “reflects the fear that the needs of shareholders will trump the expectations of [the readers] that National Geographic has nurtured for many years,” said Steve Beck, managing partner of CG42, a consulting firm.

But Beck said it’s not certain that Fox’s involvement will be a negative. Murdoch’s purchase of the Wall Street Journal and its parent company in 2007 hasn’t hurt the Journal’s quality, he said. “He acquired them because they have great content. That’s what he’s doing here. National Geographic has a history of developing really good, high-quality content and nurturing a really loyal audience. He and his team see a valuable asset” that can be improved.

In comments to National Geographic staffers Wednesday, Fox’s chief executive, James Murdoch — Rupert Murdoch’s youngest son — expressed his admiration for National Geographic, saying that he has read the magazine since childhood. In an interview, Murdoch said there were no immediate plans to change the publication.

Knell, the society’s chief executive, said in an interview that the sale will give “a longer runway” to the magazine. Neither Knell nor Murdoch would release data about the magazine’s financial health.

The society said it would create an education center named for the Grosvenor family — whose members helped found the society and ran it for decades — and dedicated to improving high school students’ geography skills. It also said that it plans to establish a center for cartography, journalism and photography.

There was no word on whether the transaction, which has been approved by the society’s board and is expected to close at the end of the year, will lead to layoffs. Representatives from both sides are to meet next week to discuss how all of the organization’s assets will be integrated into the partnership.