Economic Sanctions Are a Form of Terrorism 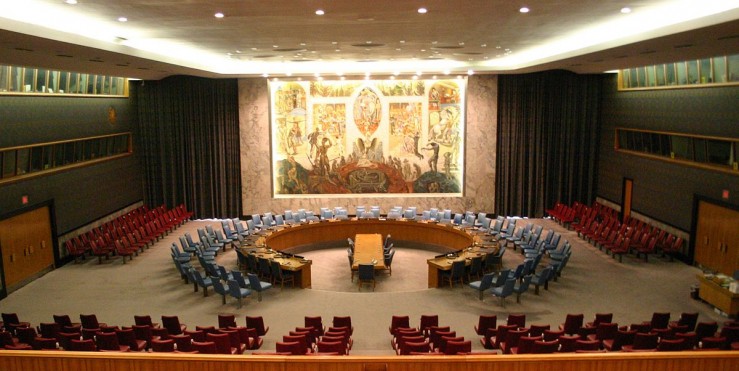 10 Sep 2015 – Who is a terrorist? Undoubtedly, what comes to mind is Daesh (ISIL), al-Qaeda, MKO, Boko Haram, etc. What is terrorism? The events of 9/11 and the gruesome beheadings carried out by Daesh shape our visual perception of terrorism. What is left unmentioned and unrecognized in our collective psyche is the kind of terrorism that has been deliberately obfuscated: sanctioned terrorism or terrorism with a license—sanctions.

The fact that scholars have identified over 100 definitions of the term terrorism demonstrates that there is no universally accepted definition. There is general consensus that terrorism is “viewed as a method of violence in which civilians are targeted with the objective of forcing a perceived enemy into submission by creating fear, demoralization, and political friction in the population under attack.”[1]

In 1937, the League of Nations Convention defined terrorism as: “All criminal acts directed against a State and intended or calculated to create a state of terror in the minds of particular persons or a group of persons or the general public.”

Article 1.2 of The Arab Convention on the Suppression of Terrorism signed in Cairo in 1998 describes terrorism as: “Any act or threat of violence, whatever its motives or purposes, that occurs for the advancement of an individual or collective criminal agenda, causing terror among people, causing fear by harming them, or placing their lives, liberty or security in danger, or aiming to cause damage to the environment or to public or private installations or property or to occupy or to seize them, or aiming to jeopardize a national resource”.

In the aftermath of the September 11 attacks, the UN Security Council adopted Resolution 1373, licensing the United States to wage war against terrorism without first defining terrorism. However, Section 1.B of 18 U.S. Code § 2331 on international terrorism includes the following: (i) to intimidate or coerce a civilian population; (ii) to influence the policy of a government by intimidation or coercion; or (iii) to affect the conduct of a government by mass destruction, assassination, or kidnapping. In spite of these clear definitions, sanctions—sanctioned terrorism is dubbed as “diplomacy”, “an alternate to war”, etc.

The reality of sanctioned terrorism is denied even by the UN from whence the most important definition terrorism was delivered in a seminal speech by Kofi Annan, the former Secretary-General of the United Nations. Annan conveyed the findings of a high level UN panel “A More Secure World: Our Shared Responsibility”(2004)[2] as having defined terrorism to be: “[A]ny action intended to kill or seriously harm civilians or non-combatants, with the purpose of intimidating a population or compelling action by a government or international organization”.

The terror inflicted by way of sanctions could not have been made more clear than what Kofi Annan reported of the 2004 UN panel’s findings stating that prevention was a vital part of any strategy to protect people against terrorism, adding that “in today’s world, any threat to one is truly a threat to all” and that “any event or process that leads to deaths on a large scale or the lessening of life chances, and which undermines states as the basic unit of the international system, should be viewed as a threat to international peace and security.” Such threats included “economic and social threats”.[3]

“Security” in terms of international relations is understood to be human security. There are six sectors to security: physical, military, economic, ecological, societal and political. Any change from “secure” to “insecure” or a general deterioration in any one or more of these sectors, increases the potential for violence (Buzan 2009). In spite of it all, the UNSC licensed terrorism.

The overall failure to identify and deliberately obfuscate this act of terrorism has enabled this premeditated act of terrorism to continue with impunity. The success of this deception is owed to controlling the narrative with complicity from the media. This has been so effective that even the victims of sanctioned terrorism fail to grasp that they are being subjected to terrorism. As Walter Laquer famously wrote in his 1977 piece “Terrorism”: “The success of a terrorist operation depends almost entirely on the amount of publicity it receives.” Sanctioned terrorism has received no publicity.

Our present day understanding of terrorism was initially introduced by Hollywood that often borrows its story ideas from the U.S. foreign policy agenda and has at times reinforced these policies. Hollywood rarely touched the topic of terrorism in the late 1960s and 1970s when the phenomenon was not high on the U.S. foreign policy agenda, in news headlines or in the American public consciousness. In the 1980s, in the footsteps of the Reagan administration, the commercial film industry brought terrorist villains to the big screen, making terrorism a blockbuster film product in the 1990s, painting Arabs (and now Moslems) as terrorists.[4] Thus the movie industry defined and projected terrorism to the world at large in a manner consistent with US foreign policy. The news media continues to play an even bigger role.

News media has consistently framed terrorism by presenting sudden, shocking scenes of carnage and blood in order to shock the viewer and drive home the narrative of what terrorism should entail—by implication, ruling out all other terrorist acts. So while the imagery creates fear and loathing, and a total rejection of terrorism as identified by the media, a parallel loathing of unidentified terrorism—of sanctioned terrorism has been deliberately precluded. This is propaganda at its finest.

It goes without saying that the aim of propaganda is to change people’s opinion and attempt to influence their future actions and decisions. What is common about propaganda is that it seldom shows the situation from different points of view and seldom gives the full picture. Images of sanctioned terrorism are sorely missing from the picture as the culprits make every effort to present sanctions as diplomacy, a tool of statecraft, and have even convinced the general public that it is a better alternative to war. In fact, sanctioned terrorism is the cowardly alternate to war for the victim is deprived of an unidentifiable enemy to fight. Sanctions, like other terrorists, don’t wear military uniforms.

It is incumbent upon every individual opposed to terrorism to take ownership of the falsely presented narrative about sanctions and refer to sanctions as sanctioned terrorism at all times. Terrorism, like pollution, does not recognize boundaries. Russia has learnt this the hard way. By Hillary Clinton’s own admission, the terrorists America is fighting today were created by the US. We cannot send our uniformed men and women to fight unidentified terrorism, sanctions. We must be the champions of this war on terror. Whether we want to speak for yesterday’s victims, or defend today’s victims of sanctioned terrorism, or whether we want to prevent future victims, we must fight sanctioned terrorism today.

Soraya Sepahpour-Ulrich is an independent researcher and writer with a focus on U.S. foreign policy.