13 Sep 2015 – In his excellent article on the unique guilt-by-association standard being imposed on newly elected Labour leader Jeremy Corbyn, my colleague Jon Schwarz references a passage from a 2013 Washington Post article that I want to highlight because of how illuminating it is. That Post article describes the Obama administration’s growing alliance with human-rights-abusing regimes in Africa, which allow the U.S. to expand its drone operations there, and contains this unusually blunt admission from a “senior U.S. official” (emphasis added):

Human-rights groups have also accused the U.S. government of holding its tongue about political repression in Ethiopia, another key security partner in East Africa.

“The countries that cooperate with us get at least a free pass,” acknowledged a senior U.S. official who specializes in Africa but spoke on condition of anonymity to avoid retribution. “Whereas other countries that don’t cooperate, we ream them as best we can.” 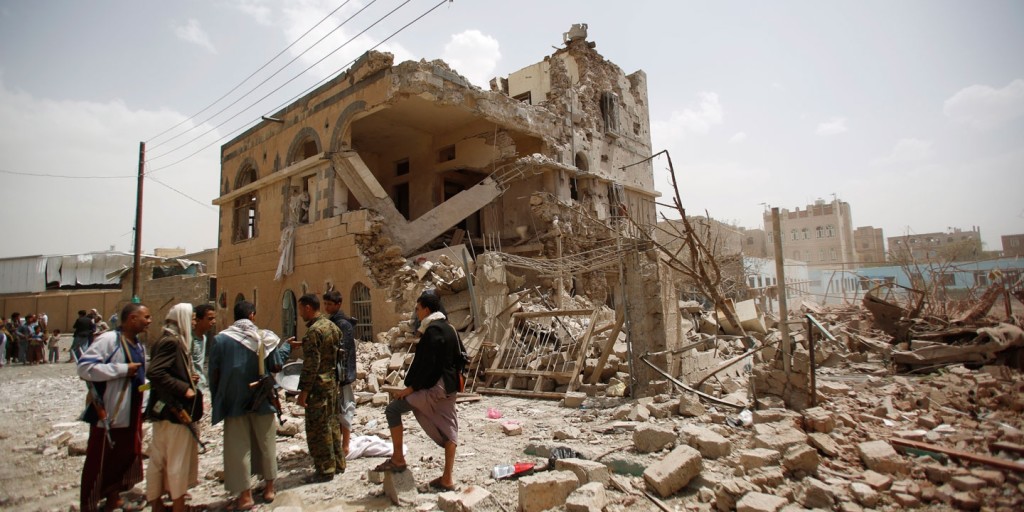 The Post article went on to note that the Bush administration “took the same approach” and that while “many U.S. diplomats and human-rights groups had hoped Obama would shift his emphasis in Africa from security to democracy . . . that has not happened.” In fact, “‘there’s pretty much been no change at all,’ the official said. ‘In the end, it was an almost seamless transition from Bush to Obama.’”

The italicized portion of the quote explains the crux of feigned U.S. concerns for human rights abuses: it’s never genuine, never anything more than a weapon cynically exploited to advance U.S. interests. The U.S. loves human-rights-abusing regimes and always has, provided they “cooperate”: meaning, honors U.S. dictates. On human rights abuses, such compliant regimes “get at least a free pass”: at least, meaning either passive acquiescence or active support. The only time the U.S. Government pretends to care in the slightest about human rights abuses is when they’re carried out by “countries that don’t cooperate,” in which case those flamboyant objections to abuses are used by U.S. officials as punishment for disobedience: to “ream them as best we can.”

This is not remotely new, of course, nor should it be even slightly surprising for people who pay minimal attention to the role of the U.S. Government in the world. But this nonetheless highlights what baffles me most about U.S. political discourse: how – whenever it’s time to introduce the next “humanitarian war” or other forms of attack against the latest Evil Dictator or Terrorist Group of the Moment – so many otherwise intelligent and well-reasoning people are willing to believe that the U.S. Government is motivated by opposition to human rights abuses and oppression.

Support for human rights abuses and tyranny – not opposition to it – is a staple of U.S. foreign policy. Standing alone: how can anyone believe that the same government that lavishes the Saudi regime with arms, surveillance capabilities and intelligence is waging war or using other forms of violence in order to stop human rights abuses? [Read this informative New York Times article today describing the central role played by the U.S. government in the ongoing, truly heinous slaughter of Yemeni civilians by its close Saudi ally, consistent with the months of Yemen-based reporting done by The Intercept on these atrocities].

If one wants to spout the Kissingerian “realist” view that only U.S. interests matter and human rights abuses are irrelevant, then fine: one can make that argument cogently and honestly if amorally. But to take seriously U.S. rhetoric on human rights abuses and freedom – we’re going to war against or otherwise sternly opposing these monstrous human-rights abusers – is totally mystifying in light of U.S. actions. The next time you’re tempted to do that, just read what U.S. officials, in their rare, candid moments, themselves say about how they cynically concoct and exploit human rights concerns.

Aside from accuracy for its own sake, this most matters because of what it means for proposed American “humanitarian wars.” Even if you accept the extremely dubious proposition that the U.S. could manipulate political outcomes for the better with bombs and military force in complex, far-away countries, it utterly lacks the desire, the will, to do that; it wants only to ensure those outcomes serve its interests, which more often than not means supporting despotism or, at best, chaos and disorder.

That’s why the feigned U.S. concern for humanitarianism in Libya – we are so very eager to protect the Libyan People from abuse and tyranny and bring them freedom – extended only to dropping bombs on that country and completely disappeared the moment that fun, glorious part was over. Even though it’s self-satisfying to believe your government is some sort of crusader for human rights and freedom, it’s not asking too much to just be as honest about U.S. exploitation of human rights concerns as this “senior U.S. official” was when talking to The Washington Post.