Indictments will catch some small fish, but reforming Wall Street requires much, much more. 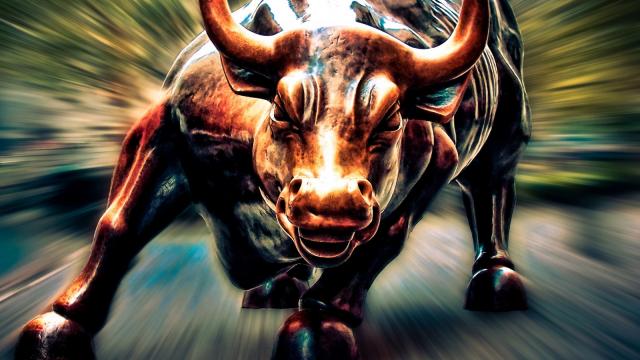 This statement implies that up until now, the Department of Justice was sitting on its butt — an accurate inference if there ever was one. Yates and her boss, Attorney General Loretta Lynch, are known for being aggressive. Surely they could rack up prosecutions among Wall Street power players and bring justice to our predatory financial system?

Unlikely. And even if they did throw some fat felines in jail, it wouldn’t necessarily mean much, as showy criminal prosecutions are generally just ersatz for real financial reform. Although indictments may help the careers of a few high-stepping U.S. attorneys (the rise of Rudy Giuliani, who gloried in perp-walking white-collar defendants, comes to mind) the results are likely to net some hapless schmucks in middle management but sure to leave the system largely in place.

It’s going to take a lot more than criminal law to turn our financial system into something other than a bloated parasite. There are — or at least were, back in 2009 — plenty of options: Break up the big banks! (Plenty of conservatives support that.) Imitate key features of the Northern European social market economies and Germany’s Rhineland capitalism model by embracing public-spirited regulation. Tax financial transactions.

But the financial crisis went to waste. Instead of meaningful reform, the bailout was followed by an uptick in high-profile prosecutions for insider trading, with stiffer sentences than ever before. Which is just great — if we allow ourselves to forget that insider trading had nothing to do with the financial crash. Forgive me, but I’ve started cheering for the inside traders or, rather, against the preening U.S. attorneys, just out of spite.

The fixation on prosecutions that we’re now left with reveals a failure of vision and a failure of ambition. Meanwhile, the let’s-prosecute-the-banksters think piece has become a flourishing subgenre in its own right. The undisputed master is Jed Rakoff, a federal judge and former defense attorney for white-collar defendants. He’s a fine judge, and as a former white-collar defense attorney, he knows criminal law better than anyone. But it’s telling that in a long article he wrote for The New York Review of Books last year, he barely mentions the kinds of systemic, structural reforms — from the moderate (breaking up the biggest banks) to the more ambitious (nationalization) — that are needed to truly change American financial markets. In a lunch interview he recently granted The Financial Times, he even bemoaned U.S. incarceration rates, all while calling for more prosecutions for corporate crime.

Our financial system, even absent straight-up crime, is a wonderfully efficient system for upwardly redistributing money into the portfolios of the 1 percent. The focus on prosecutions only preserves the fiction that our financial system is fundamentally OK and that anything bad that happens — say, an enormous asset bubble collapse — must be the result of criminals. There is a bit of the just-law fallacy at work here, the deeply held American folk belief that our legal system, including the regulatory latticework of laws that makes our financial system possible, is by nature fair and decent. That, alas, is a superstition.

Why? Because our laws are often god-awful. Most nonlawyers understand this as well as, if not better than, anyone with a J.D. And the fact remains that most — not all, but most — of what led to the financial crash of 2008 was legal. The advocacy group Better Markets, led by veteran securities litigator Dennis Kelleher, takes care to distinguish among crash-causing behavior that was gratuitously risky, what was stupidly reckless and what was, finally, illegal. He recently emphasized that there was still a vital need for criminal prosecutions but that they were one just one among many tactics to tame our predatory financial system, including especially aggressive civil enforcement measures.

Prosecutions might be satisfying for some, but the reality is that district attorneys make lousy economic regulators. They are usually too busy feasting on low-hanging convictions to look at the bigger regulatory picture. Take the Manhattan DA’s brave response to the financial crash: The office singled out for prosecution small-fry Abacus Bank, which serviced New York’s Chinese immigrant community, leaving behind all the shady (but, like it or not, arguably legal) dealing by Goldman Sachs and other mammoth firms, which can afford armies of white-shoe lawyers and contribute lavishly to political campaigns. (Abacus was found not guilty after a 13-week jury trial that cost the defendants $10 million.)

Criminalization, to use a chemistry analogy, is a toxic heavy gas that tends to sink to the bottom of any social ladder, leaving those at the upper rungs untouched. This is why working-class urban neighborhoods get smothered with tickets for minor lifestyle offenses like riding a bicycle on the sidewalk while posh districts remain unmolested, why black people are more likely to get busted for marijuana despite similar use rates as white people, why the International Criminal Court deals mainly in warlords from sub-Saharan Africa but leaves former Secretary of Defense Donald Rumsfeld and former U.K. Prime Minister Tony Blair in peace. This is merely the wisdom of the ages. As Jonathan Swift wrote over 200 years ago, “Laws are like cobwebs, which may catch small flies, but let wasps and hornets break through.”

That adage goes double, if not centuple, for economic crimes. Going after big targets is high risk and requires large resources, as obscenely wealthy defendants are likely to fight back hard; managing the financial zoo requires more than a couple of inadequately trained guards with machine guns, which is what Lynch and Yates essentially are.

The most effective tool for building a well-run financial system is administrative law. It is critical that the Commodity Futures Trading Commission, a small regulatory agency with the enormous task of regulating derivatives and other complex financial products, be given the power to grow staff and teeth. How Dodd-Frank, a financial regulatory bill enacted into law but still amorphous in many of its practical details (how strictly derivatives will be regulated, prudential standards for counterparty risk, capital and liquidity requirements), takes shape in the next couple of years is far more important than the latest PR stunt from the Department of Justice. Given the sumo-scale lobbying clout of the financial sector, are these less dramatic regulatory reforms even possible? “It’s the fifth inning,” says Kelleher. “Too soon to tell, but not at all hopeless.”

The goal has to be bigger than policing. We need to remake the financial sector into something that serves the productive economy rather than sucks the money out of it, something that nourishes nonrich Americans rather than feeds off them. Prosecutors have a role, but they are going to be the smaller part of this endeavor. Justice, even on Wall Street, is more than a matter of criminal punishment.

Chase Madar is an attorney in New York and the author of “The Passion of [Chelsea] Manning: The Story Behind the WikiLeaks Whistleblower” (Verso, 2013).