Hail to the Worm: Plastic-Eating Worm Might Be the Solution to Global Crisis

1 Oct 2015 – New research could have staggering implications for plastic waste pollution: An international team of researchers found that the Darkling Beetle larvae, the mealworm, can subsist on a diet of Styrofoam and other forms of polystyrene. 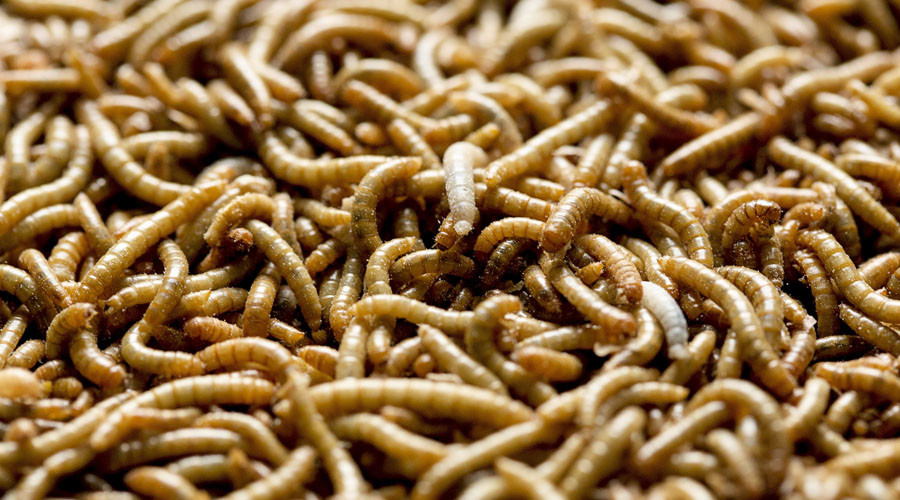 In an ongoing worm study, Stanford engineers collaborated with researchers at the University of China and found that microorganisms in the guts of the common mealworm biodegrade Styrofoam. The process produces carbon dioxide and a usable waste that appears to be safe for crop use.

In the lab, 100 mealworms ate between 34 and 39 milligrams – the weight of small pill – of Styrofoam per day. The worms converted the plastic into carbon dioxide, and within 24 hours excreted the rest as biodegradable fragments that look like rabbit droppings. Styrofoam has long been considered non-biodegradable, and the new results have been described as shocking.

“Our findings have opened a new door to solve the global plastic pollution problem,” Wei-Min Wu, co-author of the two companion studies on the subject and a senior research engineer at Stanford University, said in a statement.

Wu said the mealworms, despite being fed a steady diet of plastic, were as healthy as those on a normal diet and that their waste appeared to be safe to use as soil for crops.

The latest findings build on earlier research with waxworms, the larvae of Indian mealmoths, whose own internal microorganisms can biodegrade polyethylene, a plastic used in filmy trash bags.

The research is “the first to provide detailed evidence of bacterial degradation of plastic in an animal’s gut.” Further work is needed to reveal how bacteria within the mealworms carry out this feat, which could potentially provide new opportunities for the safe management of plastic waste.

The two papers were published this month in Environmental Science and Technology.

“There’s a possibility of really important research coming out of bizarre places,” said Craig Criddle, a professor of civil and environmental engineering who supervises Wu and others at Stanford. “Sometimes, science surprises us. This is a shock.”

Researchers plan to study whether microorganisms within mealworms and other insects can biodegrade plastics such polypropylene (used in textile products and automotive components), microbeads (used as exfoliants), and bioplastics (derived from renewable biomass sources such as corn or biogas methane).

The long-term goal is to isolate the bioenzymes used by the microorganisms to break down the plastics, which could result in new methods of reducing plastic waste that are already in the environment, and to create new types of bio-plastics that won’t accumulate on land or at sea.

Every year, Americans throw away 2.5 billion plastic foam cups, representing just a fraction of the 33 million tons of plastic discarded. Less than 10 percent gets recycled, and the remainder has led to water contamination and animal poisoning.