Meet the Secretive Committees That Run the Global Economy

There exists an overlapping and highly integrated network of institutions, committees and secret meetings of ad-hoc groups that collectively run the global economy. This network consists of finance ministries, central banks, international organizations and the various conferences and confabs that bring them together. This network is responsible for facilitating global financial diplomacy and managing the architecture of global financial governance. In short: it is the most powerful and informal political structure in the world. 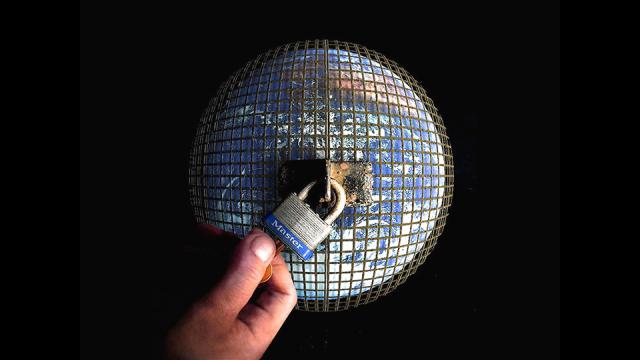 With the United States at the center of the system, the Treasury Department and Federal Reserve Bank are the two most important American institutions in global financial governance – and the Treasury Secretary and Federal Reserve Chairperson are the world’s two most powerful financial diplomats. Both institutions are headquartered in Washington, D.C., just down the street from the headquarters of the International Monetary Fund (IMF) and World Bank Group, two global financial bodies created in 1944 to manage the world economy on behalf of the rich Western nations that founded them.

Twice a year, the IMF and the World Bank host large international conferences. The Spring Membership Meeting, typically held in April, and the Annual membership meeting draw a crowd consisting of most of the finance ministers and central bank governors from the IMF’s 188 member nations, representing the Fund’s Governing Board. They descend on D.C. where the meetings are typically held (though occasionally they are hosted in other countries as well), and draw scores of journalists, academics and thousands of bankers and financiers who are eager to meet, greet, wine, dine and make deals with the political decision-makers of the global economy.

The top five shareholders of the IMF (United States, Japan, Germany, France and U.K.) reflect the membership of an ad-hoc group of finance ministers that began meeting in 1973, thereafter known as the Group of Five (G-5). At the time, U.S. Treasury Secretary George Shultz described the group as “a channel for informal and very frank communication on monetary and other issues, both of a long-term and more immediate character.” But the G-5 was hardly the first of such groups.

In 1962, the Group of Ten (G-10) was formed as a meeting of finance ministers and central bank governors from the rich industrial nations, including the U.S., West Germany, Japan, France, U.K., Italy, Canada, Belgium, Sweden, Netherlands (and eventually Switzerland, although the name remained the same). The G-10 would meet alongside the leaders of the IMF, the Organization for Economic Cooperation and Development (OECD) and the Bank for International Settlements (BIS).

Following the U.S. unilateral decision to end the Bretton Woods monetary system in 1971, a series of committees and groups were established to provide forums for major economies of the world to negotiate forming a new monetary system, and to integrate developing economies into the institutional apparatus of global financial governance. The Group of Ten was utilized as one such forum.

In 1972, the G-10 laid the groundwork for the establishment of a special Committee of 20 to be formed within the IMF, whose membership reflected the composition of the IMF Executive Board, but at the ministerial level – giving it a much higher level of political authority than the board, which is composed of mid-level officials from their respective national finance ministries. The committee would include most G-10 members alongside several developing country representatives, and was formally institutionalized in late 1974 as the “Interim Committee” of the IMF.

(Although the Group of Five was formed in 1973, it wasn’t until 1975 that it held the first meeting at the head of state level, with the addition of Italy to the group. The following year, Canada was invited to participate, and thereafter it was known as the Group of Seven (G-7), effectively functioning as the steering committee for the global economy.)

Fast forward to the mid-1990s, when the G-7 nations instructed the Group of Ten to consult with emerging market economies on ways to reform the global financial architecture in cooperation with major international organizations like the IMF, World Bank, OECD, and BIS, which were increasingly opening their membership and ownership positions to large emerging market economies.

The idea was thus: If developed countries give developing countries a stake in the existing system, they won’t use their new-found wealth and power to oppose that system. And all the while, the West was to remain at the center. Through crisis and collapse and “rescue” efforts led by the IMF, BIS and World Bank, developing and emerging market economies were encouraged to accept Western economic “advice” on how to manage their economies. If they wanted bailouts in the form of loans from international institutions, those countries had to follow conditions that demanded a total restructuring of their economies and societies along G-7 lines – designed to transform them into modern “market economies” capable of integrating into the larger global economy.

The groundwork was laid out over the following years, and in the course of 1999, the IMF’s Interim Committee was reformed into the International Monetary and Financial Committee (IMFC). The G-10 organized several seminars involving major emerging market economies and, together with the G-7, formed a new group known as the Financial Stability Forum (FSF), a meeting group of central bankers, finance ministers and regulators who were handed responsibility for maintaining financial stability in the world. Finally, 1999 also saw the organizing efforts of the G-7 result in the formation of yet another forum, the Group of Twenty (G-20).

The G-20 was born in December of 1999 at a meeting of finance ministers and central bank governors from the G-7 nations, along with Russia, China, India, Brazil, Indonesia, Korea, Australia, Mexico, Saudi Arabia, South Africa, Turkey, Argentina and the European Union. The event was attended by top officials from the IMF, World Bank and the European Central Bank. But despite all the international noise, the G20 was largely the initiative of two men: Canadian Finance Minister Paul Martin and U.S. Treasury Secretary Lawrence Summers.

The G-7, or G-8 once Russia was invited in, remained the main forum for global economic leadership. But in the midst of the global financial crisis in 2008, the G-20 was the group convened by U.S. President George W. Bush, who brought together heads of state for the first meeting that took place in Washington on November 15. That meeting produced an agreement among G-20 nations to pump trillions of dollars into their economies in order to bail out their banking systems.

In 2010, then-President of the European Central Bank, Jean-Claude Trichet, explained at a meeting of the Institute of International Finance (IIF) that the G-20 had emerged “as the prime group for global economic governance.”

Speaking to a crowd of hundreds of the world’s most powerful bankers and financiers, Trichet explained, “Global economic governance embraces supranational institutions – such as the IMF – as well as informal groupings – such as the G-7 and the G-20. Both are necessary, and both are complementary.” Trichet praised the evolving system as “moving decisively towards a much more inclusive system of global governance, encompassing key emerging economies as well as the industrialized countries.”

To this day, the hierarchy of global economic governance follows a familiar pattern. Take the IMF’s meetings, where 188 of the world’s finance ministers and central bankers meet. The International Monetary and Financial Committee (IMFC) holds a meeting, functioning as the steering committee to the Fund. And prior to IMFC meetings, the G-20 finance ministers and central bank governors hold a series of meetings, including a joint meeting with the IMFC, as they already have a significant crossover of membership.

But before the G-20 meets, the ministers and governors of the G-7 nations typically meet privately for an hour or so, attempting to form a common position or strategy in dealing with the wider groupings of the G-20 and IMFC, in which all G-7 nations are represented at the ministerial level. The chiefs of the world’s major international organizations (IMF, World Bank, OECD, WTO, BIS) participate in almost all of these meetings, acting as advisers to and receiving high-level political direction from these groups.

The hierarchy of global economic governance emanates out of the United States, in close cooperation with Germany, Japan and the other members of the Group of Seven. From there, it networks through the Group of Twenty and the IMFC, which in turn collectively function as the steering committee for the world’s major international organizations, and act as the board of directors of the global economy.

Andrew Gavin Marshall is a researcher and writer based in Montreal, Canada. He is Project Manager of The People’s Book Project, chair of the Geopolitics Division of The Hampton Institute, research director for Occupy.com‘s Global Power Project, and hosts a weekly podcast show with BoilingFrogsPost.