“Nothing about Us without Us”: South Africa Set to Quit the International Criminal Court

13 Oct 2015 – A ruling ANC policy meeting has given its nod for South African plans to withdraw its membership of the International Criminal Court (ICC). This ‘landmark’ decision is bound to spur greater debate on the ICC and its ‘inherent biases’.

At its national conference in 2012, South Africa’s governing party the African National Congress (ANC) resolved to engage with the International Criminal Court to seek amongst other matters the perceptions that the court treated African nations unfairly on matters of global justice.

The court was seen as only focused on Africa and no other continent. In the court’s 13-year history it has only brought charges against Africans.

In its resolution then, the ANC said; “As much as the ANC does not condone impunity, authoritarian and violent regimes, it is concerned about the perception of selective prosecution of Africans and urges the ICC to also pursue cases of impunity elsewhere, while engaging in serious dialogue with the AU and African countries in order to review their relationship.”

The ANC referenced cases of Ivory Coast and Sudan where the AU was engaged in peace building and ending of hostilities, during which the United Nations Security Council (UNSC) through the ICC engaged in interventions that could have scuppered the AU initiatives to put an end to hostilities. 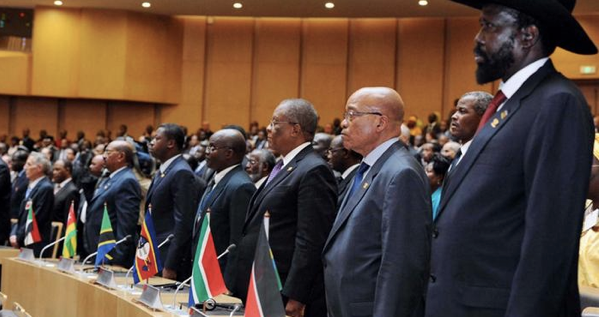 “The African Court for Human Rights is, conversely, widely regarded by the majority of African states as a better model to deal with cases of human rights abuse” [GCIS]

In its 2012 resolution, the ANC called on the UN Security Council, which has referred some African cases to the ICC, to recognise the work done by the African Union, its Regional Economic Commissions and individual African countries to promote a peaceful end to and settlement of conflicts on the continent, the peace agreements signed and commitments made in regard to post-conflict justice.

It is worthwhile to remember here that none of the South African government’s proposals to make the court more representative and responsive to the continents multilateral African Union (AU) were ever adopted.

On Monday during its National General Council (NGC), ANC’s midterm policy review Congress noted the processes underway, under the auspices of the African Union, (including South Africa) to review Africa’s participation in the International Criminal Court.

The NGC has now moved further away from the 2012 resolution with its instructions to the South African government to start the process of withdrawing from the ICC.

South Africa is a signatory to the Rome Statue that set up the court.

The South African government of Jacob Zuma had been severely criticized for letting Sudanese President Omar al-Bashir evade an ICC arrest warrant in the country in June this year.

Zuma had hosted AU Heads of States and Governments in Johannesburg with al-Bashir in attendance.

During this time, the South African government was already arguing a matter in a court on the question of immunity for heads of states while leading their countries to multilateral meetings of the AU.

A South African court had ordered the government to ‘detain’ al-Bashir in the country whilst it deliberated on whether South Africa was obliged to arrest him.

In an earlier op-ed here, I argued that the government acted properly in not arresting the Sudanese leader.

The decision of South Africa’s ANC this past weekend should be seen as a part of Africa’s renewal and her demands to be heard and treated as an equal in global politics.

As Africa finds its voice and refuses to be colonized in commerce, justice and global politics, the next frontier will be her push for meaningful UNSC reforms to include her one billion population.

South Africa is seen as a front-runner for a permanent seat on the UNSC. The issue of UNSC reforms is inextricably linked to the ICC fallout as the UNSC controls much of ICC’s activities even though the majority of permanent members are not ICC state parties.

A month ago Chinese President Xi Jinping welcomed the Sudanese president in China as an “old friend”. Beijing, like Washington, is not a member of the ICC, although both are permanent UNSC members.

Instead, the ICC has been seen by many as a proxy tool of the US to further its narrow global hegemonic political interests and to even effect its policy on regime changes through the ICC itself. This has made this court unequal and inequitable in every sense.

The African Court for Human Rights is, conversely, widely regarded by the majority of African states as the better model to deal with cases of human rights abuse.

The ANC has demanded that all African cases currently before the ICC be transferred to this court.

This could see a likely release for former president of the Republic of Cote d’Ivoire, Laurent Gbagbo still held at The Hague. Most countries, especially in Africa, viewed France’s actions in his arrest unfair and unlawful.

South Africa has not only consistently shown the ability to negotiate and kick-the-can but has also been able to come up with global alternatives as seen in the formation of the BRICS bank as a counterweight to the unreformed International Monetary Fund.

South Africa’s BRICS partners India, China and Russia are not state parties to the ICC.

At the center of the South African move at ICC, is the demand for a representative global order and the ruling ANC is showing impatience with the dragging negotiations to achieve equitable balance amongst United Nations member states.

We should expect an enmasse ICC withdrawal of African states after this ANC decision. The age of African solutions for African problems has started. The notion of “nothing about us without us” is no longer reversible.

Bongani Mbindwane is a South African business leader and a geo-political analyst.