26 Sep 2015 – On September 14, local media reported that an appeals court and Saudi Arabia’s Supreme Court had upheld the death sentence of Ali al-Nimr for participating in protests four years ago. He was 16 at the time. Today, he awaits the execution of his sentence, which stipulates that al-Nimr should be beheaded and that his headless body should be strung up for public display. 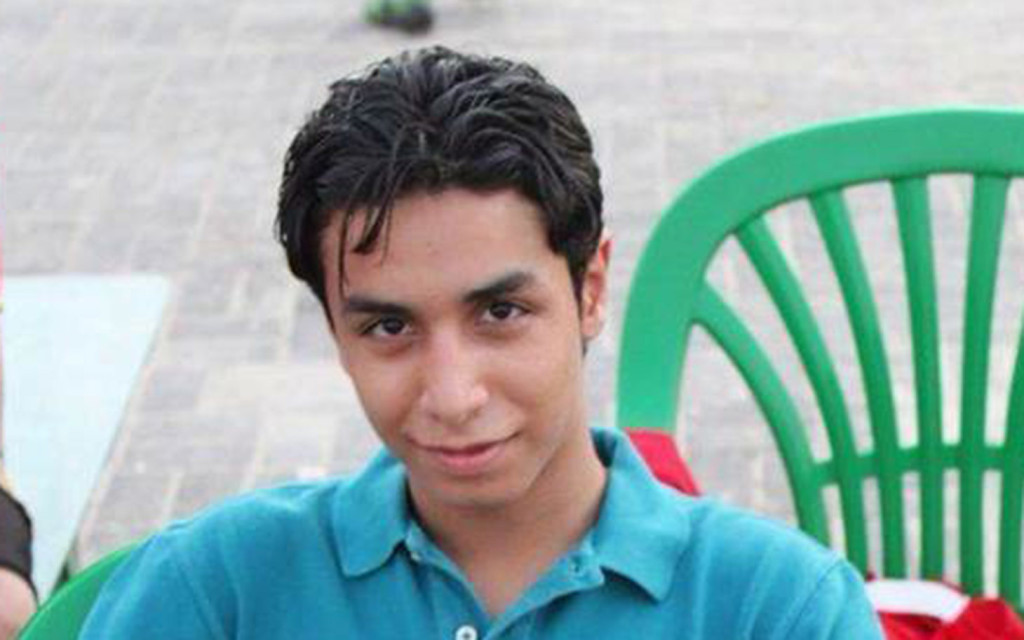 Among the “crimes” for which al-Nimr was convicted were “breaking allegiance with the ruler,” “going out to a number of marches, demonstrations, and gatherings against the state and repeating some chants against the state,” and using his cell phone to incite demonstrations. He was also accused of sheltering men wanted by police, helping wanted men avoid police raids, and attacking police with Molotov cocktails and rocks, although prosecutors offered no clear details of injuries to police officers. Al-Nimr denied the charges and told the court that security officials coerced a “confession.”

Saudi Arabia is one of the only three countries in the world known to maintain the death penalty for people who allegedly committed crimes as children — along with Sudan and Iran. So there was nothing to stop Saudi authorities from bringing al-Nimr to trial before its notorious terrorism court, which sentenced him to death in May 2014.

True, Saudi Arabia has ratified international treaties that prohibit executing anyone for offenses committed when they were under 18. Yet despite this obligation, under the Saudi system, someone who exhibits physical signs of puberty can be tried as an adult. In January 2013, Saudi Arabia executed a Sri Lankan domestic worker convicted of murdering a newborn when she was 17, and in March of the same year authorities executed two Saudi men convicted of committing armed robbery before they turned 18.

And al-Nimr is far from alone. In fact, he’s part of a rising trend. Saudi Arabia has one of the highest known execution rates in the world and so far this year, it has executed 135 people. Saudi diplomats have been trying to deflect criticism of the country’s soaring execution rate. In September, the country’s permanent representative to the United Nations in Geneva dismissed the criticism as “protecting the rights of the killer.”

In fact, just under half of all executions in Saudi Arabia in any given year are not for murder, but for nonviolent drug crimes or even occasionally for dubious “crimes” such as sorcery. And those accused of serious crimes don’t always get fair trials. Al-Nimr’s case is a prime example.

Saudi’s internal security service arrested al-Nimr in February 2013 in connection with an uprising by the country’s minority Shia citizens in Saudi Arabia’s Eastern Province in 2011. They were demanding an end to longstanding discrimination by the government and protesting Saudi Arabia’s role in suppressing peaceful protests in neighboring Bahrain.

Authorities held him nearly nine months without taking him before a judge, and did not allow him to have a lawyer during his interrogation. Many of the broadly framed charges against him don’t resemble recognizable crimes under international law. The court also failed to investigate al-Nimr’s allegations that officials mistreated him in detention.

Family members told Human Rights Watch that following al-Nimr’s arrest in February 2012, authorities did not permit them to visit for four months. When authorities finally brought him before a judge for the first time, in December 2013, they allegedly did not allow him to inform his family or appoint a lawyer, and did not provide him a copy of his charge sheet.

The court held three more sessions before the authorities allowed al-Nimr to appoint a defense lawyer. Despite court orders to the contrary, prison officials did not allow al-Nimr’s lawyer to visit him in prison to help prepare a defense before or during his trial.

The court found al-Nimr guilty in May 2014 solely on the basis of a confession he signed during his interrogation, even though he said in court that one of his interrogators wrote it and that he signed under duress without reading it. The court ruled the confession admissible anyway, since he had signed it. Family members said that al-Nimr agreed to sign the statement only after interrogators told him that if he did, they would then release him.

Al-Nimr’s life is now in the hands of Saudi King Salman bin Abdulaziz Al Saud, whose decision will signal whether he is committed to reforming the justice system or to perpetuating the status quo of gross due process violations and executing child offenders. If King Salman believes in justice he should acknowledge the serious flaws in the case and commute the sentence.