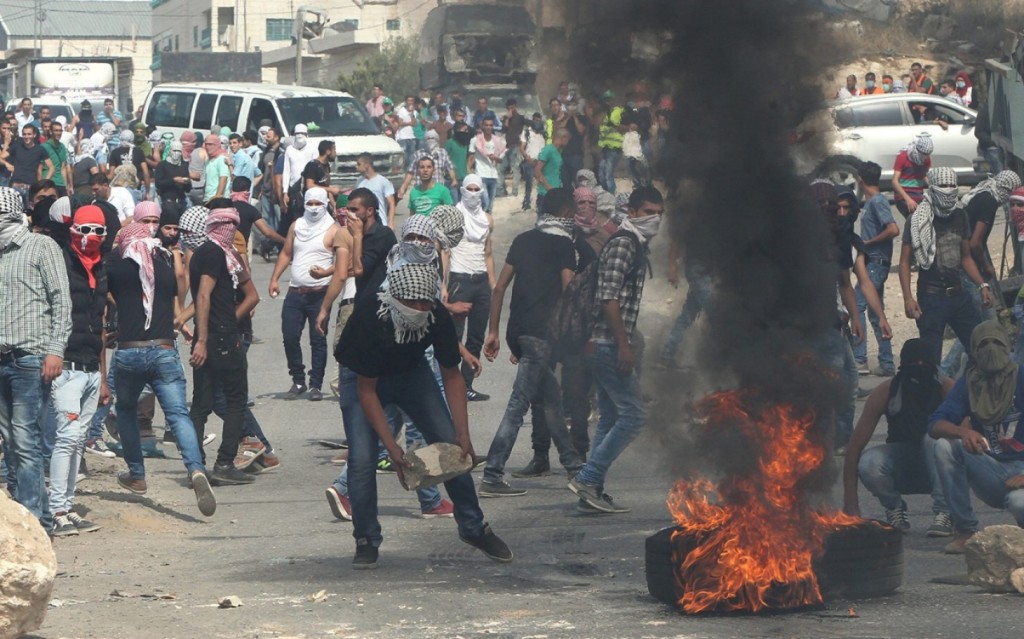 21 Oct 2015 – Israeli security forces on Monday evicted members of an extended Palestinian family from their homes in the Silwan neighborhood of occupied East Jerusalem and handed the building over to Ateret Cohanim, a Jewish religious organization that buys properties for settlement in the Old City. Members of the family, the Abu Nabs, have been fighting to keep their homes since 2002, when Ateret Cohanim filed a lawsuit claiming that the building sits on a land that was once a Jewish synagogue.

To understand how Palestinians feel about the ongoing crisis in Jerusalem, you need to see that city through Palestinian eyes.

A few months ago, I walked through Jerusalem during my annual pilgrimage to Palestine. I usually enter the Old City through Bab al-Amood, or the Damascus Gate. This year I approached it from Bab al-Khalil, or the Hebron Gate.

I was struck by the development activities outside the entrance. The neighborhood’s Mamilla mall was filled with boutiques, coffee shops and high-end clothing stores. Adjacent to the mall sat the Museum of Tolerance, which was still being built in part atop the remains of a destroyed Palestinian cemetery — the final resting place of Jerusalemites in Mamilla dating back to the Crusades.

The experience encapsulated the encroachment of Israel’s development. The Mamilla mall and the city’s majority Palestinian population are completely surrounded by Israeli settlements.

This is a story that has been decades in the making. After the creation of the Israeli state in 1948, Israel razed 400 to 500 Palestinian villages, including a number of Palestinian mosques, churches and graveyards. In 1994, Israel forcibly divided the Ibrahimi Mosque in Hebron in two, creating a separate prayer section for Jews with its own entrance, after an Israeli settler killed 29 Palestinians worshipping there. Over the years, scores of Palestinian churches and mosques have been the targets of arson, but Israeli officials rarely brought the perpetrators to justice.

Israeli officials claim that the state has no plans to change the status quo of the holy sites in East Jerusalem, but Palestinians are loath to take them at their word, given Israel’s long-standing and callous disregard toward everything that Palestinians consider sacred. Israel’s tolerance for far-right groups is far more prevalent today in an Israeli polity that has thrice elected right-wing governments with an increasingly religious and nationalist makeup.

East Jerusalem’s Palestinians, who do not have the rights of Israeli citizens, are isolated. Israel’s occupation, walls, checkpoints and other barriers deny Palestinians access from the West Bank while permitting Jewish settlers’ passage. As a result, some 200,000 Palestinians in Jerusalem see themselves as guardians of their historic capital and its holy sites.

Furthermore, discriminatory planning policies allocate the vast majority of spaces for Jewish development, thereby forcing the Palestinian residents to build illegally and risk home demolition or expulsion from the city. The eviction on Monday of the Abu Nab family is part of an enduring displacement policy, under which the state has thrown Palestinians out of their homes of decades and given them to Jewish families.

Residency revocation is also common. In its efforts to change the city’s demographics, Israel has stripped residency from thousands of Palestinians in Jerusalem over the last decade. Taken together, these ethnically charged gentrification policies ensure the Judaization of East Jerusalem.

The ongoing protests began last month after Israel banned groups of Palestinian women who sought to protect the holy sites from continued provocations. For Palestinians, Israel’s actions — past and present — leave an impression that the walls are closing in on them and what little is left of their sacred city, including the holy sites.

If Israel wants to change this perception, it will have to do so with concrete actions that will reverse the ongoing Judaization processes in East Jerusalem and the occupied territories. So far it has shown no desire to do so, which only entrenches concerns about Israel’s desires for deepening occupation.

Yousef Munayyer is a policy analyst at the Arab Center of Washington, D.C., and the executive director of the U.S. Campaign to End the Israeli Occupation.