A New Book Reveals the Horrifying, and Fascinating, Details of Daily Life under Isis

It details all of Isis’s cruelty, but places it in the context of a very bloody history. 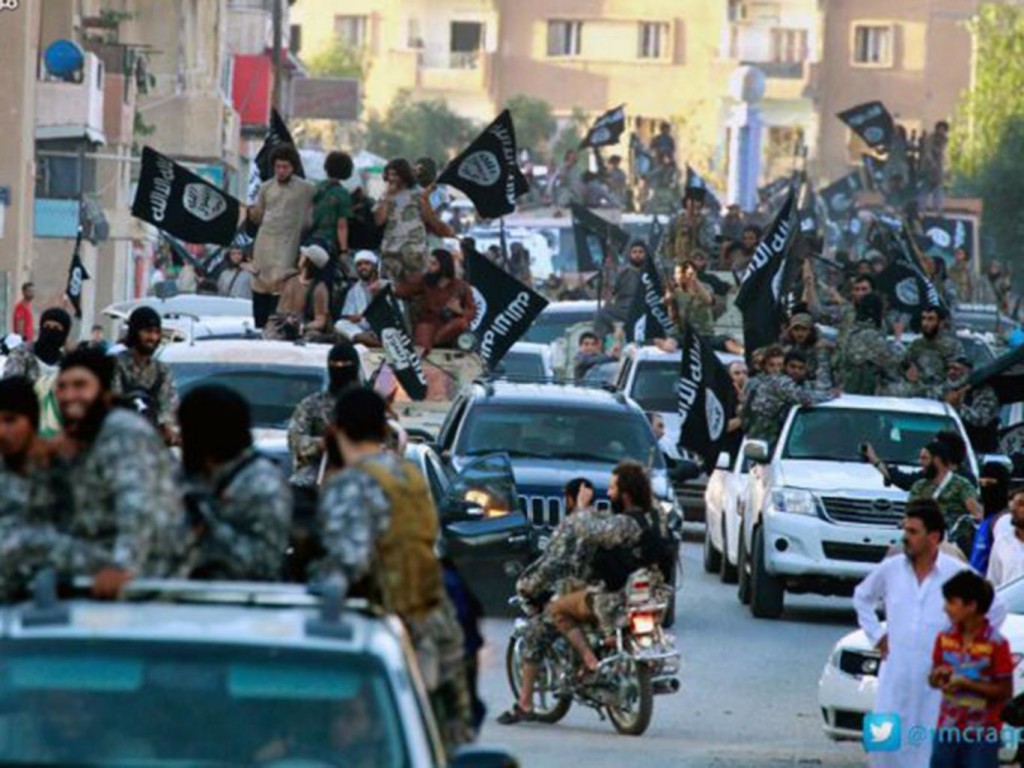 1 Nov 2015 – Before Obama’s few dozen brave Spartans put their little bootees on the soil of the tiny bit of Syria that the Kurds hold, not far from Qamishli, they should learn a bit about Isis from the work of a Syrian historian. They would find that Abu Bakr al-Baghdadi, the Isis “caliph” is not only a keen football fan but in his youth created a soccer team for mosque regulars and even joked that he was Iraq’s Maradona.

They would discover that he communicates with his officials through mobiles, WhatsApp and Skype SMS, speaks English and demands that all paper intelligence reports be printed on a single piece of A4 – which is pretty much what Churchill demanded of his bureaucrats in the Second Word War – and also demands that citizens work a six-day week. There’s an Isis postal system in his Syrian capital of Raqqa and if you want to write to Baghdadi (original family name Ibrahim Awad Ibrahim al-Badri) you have only to address a letter to: al-Calipha Ibrahim, Raqqa. “Be assured it will arrive safely,” the writer of Under the Black Flag was informed.

He is Sami Moubayed, a historian and former scholar at the Carnegie Center in Beirut and he lives in Damascus. He is a brave man, and knows it.

“This book is very dangerous for me,” he told me. “It could take my life. It’s very different from the kind of history I’ve written about before – it’s about a very different Syria with very different characteristics and it was very painful for me to write… You need to fight the radicals, yes, but bombing these people is not the answer.”

As Moubayed also says in his book, “The pre-Baathist Syria of the 1950s will never return – nor will the Baathist one of 1963-2011… I have no sympathy with Islamists and power-hungry soldiers. What is happening today is a completely new chapter in the history of my country. It is an ugly chapter but one that will last much longer than any of us desire.” A pessimist? Certainly no Baathist. Moubayed should indeed take care.

He’s talked to Isis officials, including their slick media guys, one of whom, Abu al-Nada al-Faraj, a 25-year-old English graduate from Aleppo University who treats Isis as “just another well-paying employer”, translates for Isis’s gruesome magazine, Dabiq. All its staff are European Muslims, Google addicts with a list of critical publications to read. The Independent is among them. But so is the Wall Street Journal, Foreign Policy and the Syrian government news agency SANA.

Raqqa has an efficient tax system and schools have reopened – segregated, with a heavy emphasis on religion – although it’s ironic to learn that exam papers are forwarded across the front lines to the Syrian government ministry of education in Damascus. All-powerful Isis, it seems, is not as all-powerful as it seems.

In his scandalously under-reviewed but deeply revealing new book, Moubayed details all of Isis’s cruel and inhuman punishments and executions – war crimes indeed – but is intent on placing them in the context of a very bloody history. There are, for example, painful historical precedents for the frightening “Islamic state” which now exists, from the edge of Baghdad almost to the Mediterranean. Sunni Muslims believe that a caliph must trace his origins back to the Quraysh clan of Mecca, to which the Prophet himself belonged. Thus al-Baghdadi insists on using two additional names, “al-Qurashi”, and “al-Hassani” (descendant of the Prophet’s grandson, al-Hassan ibn Ali). Isis always refer to him with these names.

In the 14th century, Ibn Taymiyyah, a Muslim theologian, sought a return to the purity of Islam from moral corruption, calling for a holy jihad to create an Islamic state. In the 18th century, Mohamed Abdul-Wahab and Muhammad ibn Saud – whose family now rules Saudi Arabia – went on head-chopping expeditions to extend their purest rule over Arab lands. Al-Saud’s historian, Uthman bin Bashir al-Najadi, wrote after 5,000 Shia Muslims were butchered in 1801: “We took Karbala and we slaughtered… With the permission of Allah, we will not apologise for what we have done and we tell all kafir [unbelievers] ‘You will receive similar treatment’.”

Sound familiar? It could be Jihadi John himself. Nor is it surprising that al-Baghdadi chose Raqqa as his capital. He studied three histories of the Syrian city, because at the height of the Abbasid dynasty, a Muslim empire stretching from north Africa to central Asia was controlled from the very same city.

But Moubayed has also studied Isis’s favourite Islamic texts and shows how while the Prophet is quoted as saying “when you kill, kill well, and when you slaughter, slaughter well” – in Arabic, darb al-rekab, hitting the neck – “Isis seemingly forgets that the Prophet adds ‘Let each of you sharpen your blade and let him spare the suffering of the animal he slaughters’. In other words [the Prophet] was talking about sheep and cattle – not human beings.”

Quite a dissection of Isis for US Special Forces to ponder before they tip-toe over the Syrian border. But they might also remember that the Prophet ordered the execution of prisoners captured in the battle of Badr in 624, a precedent followed by later Muslim leaders; the Ottomans beheaded King Ladislaus of Hungary and King Stephen of Bosnia and his sons after they surrendered.

And those most obedient of Muslims, the Saudis, beheaded more than 50 people in one year alone. Yup folks, it’s those Saudis again – one of America’s most loyal allies…