29 Oct 2015 – Honest observers know longstanding Israeli occupation harshness is the root cause of current violence – instigated by Israel, responded to courageously by Palestinians, largely youths and children, putting their lives on the line for freedom, deserving universal support in their struggle against pure evil.

Not according to Times Jerusalem correspondent Jodi Rudoren, discussing what she calls “dueling narratives of the Israeli-Palestinian conflict.” 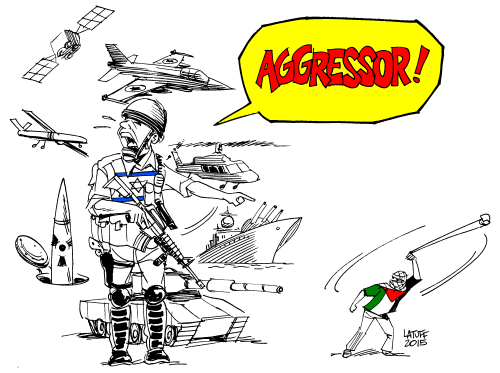 Nowhere in her article, or any she writes, is an explanation of decades of oppressive occupation, Palestinians denied fundamental human and civil rights guaranteed under international law, Washington’s full support for Israeli high crimes, both nations partnering in each other’s viciousness.

Nor Palestinian land stolen, their homes bulldozed for wanting to live free or no reason at all – to facilitate exclusive Jewish development, no Arabs allowed, not on Occupied Palestinian land Israel wants or in its own Jews-only communities.

Mass arrests, detentions, and grueling interrogations amounting to torture and other forms of abuse aren’t discussed – nor an entire population collectively punished for not being Jews.

Israel is a belligerent, racist, apartheid state worse than South Africa – doing to Arabs what Hitler did to Jews. Nothing on Times pages explains it, instead one-sided support for Israeli high crimes, calling them self-defense.

Children and youths armed with stones, their bare hands and immense courage, threatening one of the world’s most powerful military forces? The self-styled newspaper of record is a lying machine – on the wrong side of virtually every issue that matters, supporting might over right.

The story Times and other media ignore is raging Israeli state terror against an entire Palestinian population – including dozens murdered, hundreds kidnapped, either disappeared or imprisoned, thousands injured, and millions terrified about what’s next.

On October 28, International Federation of Red Cross and Red Crescent Societies (IFRC) representative Hanne Sorine Sorensen commented on how “life will never be the same for children wounded during” Israel’s 2014 summer aggression on Gaza.

The same scenario is now playing out throughout Occupied Palestine – short of tanks, artillery and F-16s so far involved, maybe coming, Israel holding nothing back to brutalize an entire population, unrestrained in its ruthlessness.

Palestinians are dying daily, many others seriously wounded. A handful of Israelis died – for Western officials and media scoundrels the only ones that matter.

Stephen Lendman lives in Chicago. He can be reached at lendmanstephen@sbcglobal.net. His new book as editor and contributor is titled Flashpoint in Ukraine: US Drive for Hegemony Risks WW III. http://www.claritypress.com/LendmanIII.html  Visit his blog site at sjlendman.blogspot.com.