Nicole Krauss’s Beautiful Letter to Van Gogh on Fear, Bravery, and How to Break the Loop of Our Destructive Patterns

“Bravery is always more intelligent than fear, since it is built on the foundation of what one knows about oneself: the knowledge of one’s strength and capacity, of one’s passion.” 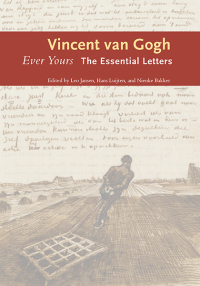 “Feeling helpless and confused in the face of random, unpatterned events, we seek to order them and, in so doing, gain a sense of control over them,” the great psychiatrist Irvin D. Yalom wrote in his magnificent meditation on uncertainty and our search for meaning. But as our terror of losing control compels us to grasp for order and certainty, we all too often end up creating patterns that ultimately don’t serve us, then repeat those patterns under the illusion of control. These patterns of belief — about who we are, about who others are, about how the world works — come to shape our behavior, which in turn shapes our reality, creating a loop that calls to mind physicist David Bohm’s enduring wisdom: “Reality is what we take to be true. What we take to be true is what we believe… What we believe determines what we take to be true.”

To keep repeating a baleful pattern without recognizing that we are caught in its loop is one of life’s greatest tragedies; to recognize it but feel helpless in breaking it is one of our greatest trials; to transcend the fear of uncertainty, which undergirds all such patterns of belief and behavior, is a supreme triumph.

That triumphant transcendence of the pattern is what novelist Nicole Krauss explores in an exquisite response to Vincent van Gogh’s 1884 letter to his brother about fear and risk-taking. Her piece is part of an exhibition by the Van Gogh Museum in Amsterdam, in which twenty-three contemporary artists and writers respond to the letters of Van Gogh in paintings, sculptures, letters, poems, photographs, and videos. 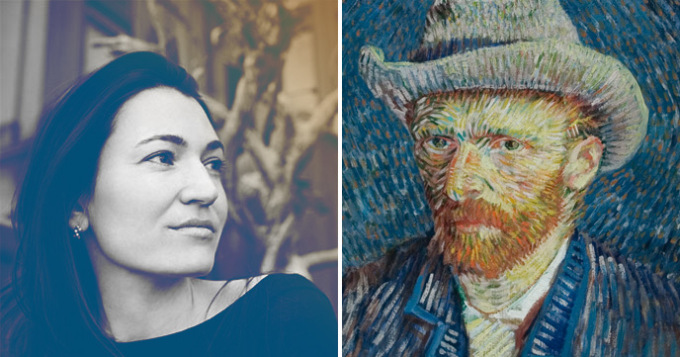 You write about fear: Fear of the blank canvas, but also, on a larger scale, of the “infinitely meaningless, discouraging blank side” that life itself always turns toward us, and which can only be countered when a person “steps in and does something,” when he “breaks” or “violates.”

It’s extraordinary that I should have been given your letter now, because it is exactly that act of breaking that has been on my mind this last year, and which I feel has everything to do with how I want to make art, and how I want to live.

It’s a strange thing about the human mind that, despite its capacity and its abundant freedom, its default is to function in a repeating pattern. It watches the moon and the planets, the days and seasons, the cycle of life and death all going around in an endless loop, and unconsciously, believing itself to be nature, the mind echoes these cycles. Its thoughts go in loops, repeating patterns established so long ago we often can’t remember their origin, or why they ever made sense to us. And even when these loops fail over and over again to bring us to a desirable place, even while they entrap us, and make us feel anciently tired of ourselves, and we sense that sticking to their well-worn path means we’ll miss contact with the truth every single time, we still find it nearly impossible to resist them. We call these patterns of thought our “nature” and resign ourselves to being governed by them as if they are the result of a force outside of us, the way that the seas are governed — rather absurdly, when one thinks about it — by a distant and otherwise irrelevant moon.

And yet it is unquestionably within our power to break the loop; to “violate” what presents itself as our nature by choosing to think — and to see, and act — in a different way. It may require enormous effort and focus. And yet for the most part it isn’t laziness that stops us from breaking these loops, it’s fear. In a sense, one could say that fear is the otherwise irrelevant moon that we allow to govern the far larger nature of our minds.

And so before we can arrive at the act of breaking, we first have to confront our fear. The fear that the blank canvas and the blank side of life reflects back to us, which is so paralyzing, as you put it, and seems to tell us that we can’t do anything.” It’s an abstract fear, though it finds a way to take on endless shapes. Today it may be the fear of failure, but tomorrow it will be the fear of what others will think of us, and at a different time it will be fear of discovering that the worst things we suspect about ourselves are true. My lover says that the fear, which seems always to be there when one wakes up in the morning, and which he feels in the hollow between his ribs (above his stomach and below his heart) comes from the “other world,” a phrase that always brings tears to his eyes, and by which he means the awareness of our finitude, our lack of the infinite and eternal. I think he’s right, but I would also add to that that fear, being anticipatory, is always without knowledge. It is a mental calculation based on the future unknown. And yet the experience of fear is the experience of being in the grip of a sensation that seems to possess an unassailable conviction in itself. To be afraid that the plane will crash is, in a sense, to assume that the plane will crash. And yet even if we could scrape away the many forms our fear takes and get to the underlying source-our mortality, our division from the infinite — we would still discover that our fear is not based on actual knowledge, unlike the part of us that chooses to be free. Bravery is always more intelligent than fear, since it is built on the foundation of what one knows about oneself: the knowledge of one’s strength and capacity, of one’s passion. You implied as much in your letter: “However meaningless and vain, however dead life appears to be, the man of faith, of energy, of warmth, and who knows something, doesn’t let himself be fobbed off like that,” you wrote. “He steps in and does something, and hangs on to that, in short, breaks, “violates.”

And so we find ourselves, once again, in front of the blank canvas. The blank canvas, which reflects both our fear and our opportunity to break it. In Jewish mysticism, the empty space — the Chalal Panui, in Hebrew — has tremendous importance, because it was the necessary pre-condition for God’s creation of the world. How did the Ein Sof — the being without end, as God is called in Kabbalah — create something finite within what is already infinite? And how can we explain the paradox of God’s simultaneous presence and absence in the world? And the answer to this, according to the Kabbalah, is that when it arose in God’s will to create the world, He first had to withdraw Himself, leaving a void. To create the world, God first had to create an empty space.

And so we might say: The first act of creation is not a mark, it is the nullification of the infinity that exists before the first mark. To make a mark is to remember that we are finite. It is to break, or violate, the illusion that we are nature that goes around in a loop forever. But it is also a confirmation of our knowledge and freedom, which is all we have in this world.

Many thanks to reader Carla Taylor for kindly bringing the Krauss letter to my attention. Complement it with Brené Brown on courage and vulnerability, these five spectacular books on fear and the creative process, and a six-year-old’s heartwarming advice on overcoming fear, then revisit Van Gogh on art and the power of love.