BRICS Not Content to Leave West with Mass Media Monopoly 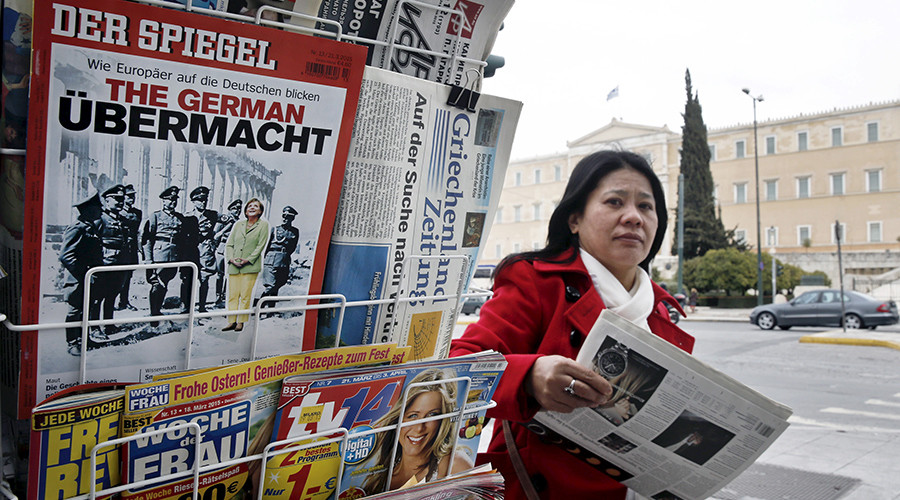 Those are the words of Roberto Jaguaribe, Brazil’s Ambassador to China.

He was speaking at the first BRICS Media Summit which took place in Beijing on December 1. The one-day summit was proposed by the Xinhua News Agency, China’s official press agency, and was jointly organized by media agencies from the other BRICS nations, including RT.

The summit ended with a declaration to “strengthen ties among our five countries, whether in the economic, social or political sphere, with objective, impartial, comprehensive and timely media reports”.

Cooperation between the BRICS in the media realm will serve two functions; the first as a means of enhancing globally the idea of a new multipolar world, and the second, as a means of facilitating mutual understanding between the BRICS nations themselves — to “learn more about each other” and to “find a way of receiving news directly rather than from outside sources”.

The event went almost completely unreported by Western media, which is at once surprising and unsurprising. It’s hard to believe that the dominant Western news agencies could miss an opportunity to use a headline that might include the phrase “propaganda coalition!” — but at the same time, no one wants to draw too much attention to their competitors.

Despite the lack of coverage, the summit was significant. It means that the BRICS nations, as a matter of policy, are no longer content to allow the field of global mass media to be completely dominated by the West. Russia and China in particular have been making efforts to develop their global media reach in recent years, frequently with investments in English-language media, but this is a new step; the BRICS as a group now see the promotion of their perspectives as a crucial element of their public diplomacy and development of soft power — and they see it as a joint venture.

A 2013 report by the German organization Forum for Media and Development (FOME) highlighted the “evolving role” of the BRICS in developing media markets.

China’s CCTV news was broadcasting in six languages and claiming 200 million viewers outside of China by 2012. The Xinhua News Agency has also launched English-language TV media and has plans to further expand.

In India, the report says, Bollywood remains the “prominent manifestation of Indian content in global media” while much of Brazil’s soft power lies in its successful export of TV programming through TV Globo. Among non-BRICS nations, Al Jazeera (Qatar) and Press TV (Iran) are two recent and significant players in the Middle East.

Still, the US of course remains the biggest exporter of global media and entertainment — and that dominance means that America’s soft power reserves are greater than that enjoyed by any other nation.

The FOME report notes that the US, “as the home of consumerism and advertising, as well as the public relations industry” has “developed sophisticated means of persuasion – both corporate and governmental” which has had “a profound influence in shaping the public discourse and affecting private behavior.”

FOME also noted that the US still “remains highly active in its propaganda efforts, especially in geo-politically sensitive areas of the globe, through the VOA, Radio Free Europe/ Radio Liberty, Radio and TV Martí, Radio Free Asia, and the Middle East Broadcasting Networks – Al-hurra TV (Arabic for The Free One) and Radio Sawa (Radio Together)”.

This classification of American media efforts abroad as “propaganda” is completely at odds with what the Broadcasting Board of Governors (BBG) — the US federal agency that supervises international media efforts — wants you to believe. It’s just the other “bad” countries that are in the business of propaganda, they claim.

To be clear, the FOME report is in no way an attack on American media; it evaluates and classifies soft power media efforts from the BRICS nations similarly. It is simply unusual for Western consumers to see the BBG placed in the “propaganda” category.

As all this is happening on a global scale, there is a disproportionate focus in Western media on the evils of RT, Russia’s “propaganda bullhorn”. Far less attention is paid to the fact that Western dominance is being challenged from multiple angles — although that could shift at any moment, in line with evolving US geopolitical interests.

For the West, the Timing Couldn’t Be Worse

What the Western media continues to miss is why there is not only a desire on the part of the BRICS nations to have their perspectives heard globally — but why there is such a growing demand among Western populations for alternative viewpoints. There may in fact be no other institution so embarrassingly lacking in self-awareness than mainstream Western media.

The endless pontificating and moralizing, the obsessive (and revealingly defensive) focus on our ‘real’ journalism’ vs. their ‘fake’ journalism — none of that is as desirable when your audience is slowly beginning to see the forest, not just the trees.

With newspaper sales in the US and UK plummeting, corporate establishment media losing its sway, media watchdog sites like Media Lens and Fair.org become more popular, it’s no wonder the top dogs of global media are worried and doing everything in their power to counter and discredit any who dare to promote other ideas.

A few months ago, not even the mighty British press establishment could prevent Jeremy Corbyn’s landslide victory to be elected leader of the Labour Party — and it certainly was not for lack of trying.

Today, shows like Abby Martin’s Empire Files on TeleSUR, which offer views completely counter to the mainstream, can be seen by anyone with an internet connection. Shows like this have a miniscule audience compared to the influence enjoyed by the giants of media, but people are increasingly aware of the alternatives available to them. Deeper cooperation in the media sphere between the BRICS nations is likely to produce a far bigger headache for the West in this sense.

The desire for something different can even be seen in the viral success of satirists like Jonathan Pie with his “real” news reports on YouTube. The thirst for this kind of satire and cynicism reveals a deep dissatisfaction with the status-quo — and yet, the biggest players in global media would still prefer to rant tirelessly about how everyone else is doing it wrong, than to consider taking a look in the mirror and altering their own output.

Yes, the BRICS nations often use government-funded media to get their perspectives across to international audiences. The West therefore likes to pretend that this is their biggest gripe with them. In reality however, they have absolutely no problem with government-funded or publicly-funded news as long as they have warm and fuzzy feelings towards the government in question.

State funding or not, these newer media players are nonetheless highly valuable additions to the media market and provide a welcome break from the pervasive group-think dominating the West-centric media landscape.

No one would advocate a media diet of one TV channel or one newspaper — a balanced diet is always preferable — and that is exactly what the growing influence of BRICS media can help provide.

Danielle Ryan is an Irish freelance journalist and media analyst. She has lived in the US and Germany and is currently based in Moscow. She previously worked as a digital desk reporter for the Sunday Business Post in Dublin. She studied political reporting at the Washington Center for Politics & Journalism in Washington, DC and also has a degree in business and German. She focuses on US foreign policy, US-Russia relations and media bias.