The EU decision to identify and label Israeli products from occupied territories is a brave move to penalise occupation. 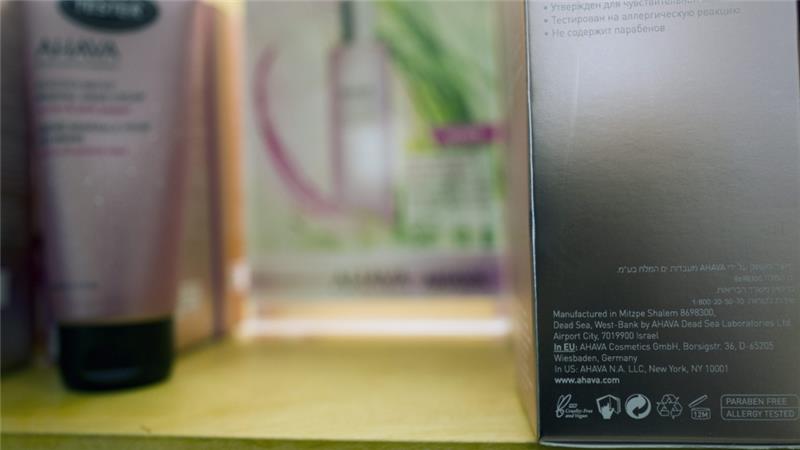 Israel’s rightists have responded by calling all of this ‘lawfare’ – an attempt to use international law as a weapon with which to attack the country, writes Shabi [EPA]

13 Dec 2015 – As the year draws to a close, relations between Israel and the European Union could not sensibly be described as rosy. In fact, they might well be at an all-time low.

The simple explanation for this is that, after years of, well, basically dithering, the EU has finally labelled Israeli products that come from settlements in the occupied Palestinian territories. Finally, because those settlements have been described by the EU (and beyond) as being in breach of international law and an obstacle to peace for decades.

Now, Europe’s trade agreements have caught up with the law – a bit, anyway. The EU directive is not a ban or a boycott: The labelling very simply means that consumers will know where the products are coming from, and that goods originating from Jewish settlements won’t get the preferential treatment that Israeli products receive under trade arrangements with Europe.

But Israel has not taken kindly to this development. Cue the news items lamenting how the country is uniquely and unfairly targeted by Europe – pointing to northern Cyprus, for instance (even though the EU doesn’t recognise Turkish control of it and doesn’t have financial agreements with Turkish Cypriot authorities).

Cue a spate of polls asking which European country least supports Israel (Sweden, apparently, because it recognises Palestine and supports consumer labelling for settlement products.) Cue the Israelis on the street proclaiming that they are going to “boycott” European products in return.

Bring on the rush of retaliatory reactions from Israeli ministers across the political spectrum describing the move as anti-Semitic. The foreign ministry suspended dialogue with the EU for two weeks in protest at the measure, while Prime Minister Benjamin Netanyahu likened it to the Nazi anti-Jewish boycotts of the 1930s. Oh yes, and send in the Israeli lawyers who are now trying to argue that the EU’s directive over settlements is – the irony – in breach of international law.

The directive should not have come as a great surprise – after all, the EU has been putting it together for the past three years. And it’s hard to fathom what the official Israeli reaction is intended to achieve.

The government has announced it is reassessing EU involvement in diplomacy between Israel and the Palestinians, to which the honest answer can only be: what diplomacy? The peace process has been a dead end for years – routinely scuppered by, among other things, Israel’s continued expansion of settlements.

Those settlement numbers have surged under Netanyahu, and there are now upwards of 650,000 Jewish settlers living in East Jerusalem and the West Bank.

Or, by considering the curtailment of European diplomacy, does Israel actually intend that the EU should withdraw financial support to the peace process – such as the salaries and training it provides the Palestinian Authority’s security apparatus?

Perhaps Israel would prefer to foot the bill for this itself – thereby bearing some of the costs for its own occupation, instead of passing these off to Europe.

One of the Israeli foreign ministry’s main arguments against EU labelling of settlement goods is that it plays into the hands of extremist anti-Israel groups. But you know what plays into their hands even more? The settlements: Israel’s largest enterprise, a continuously expanding project that causes misery and resentment and is premium-grade recruitment fuel to Israel-haters.

The anti-labelling lawyers, meanwhile, have said that the EU decree is anti-Semitic because it focuses on who made the products (Jewish settlers) and not just where.

But that is a bizarrely convoluted argument: If those Jewish settlers were living on the Israeli side of the Green Line, the matter of who they are would be entirely irrelevant.

Back in 2013, another EU directive ruled that its funding for education, research and other projects would only be given to the Israeli state for ventures within Israel, not in the settlements.

The Israeli government and media reacted with horror then, too, at which point the country’s peace bloc, Gush Shalom, likened the EU measure to “a bucket of cold water poured on the head of a drunk”.

It still seems an appropriate observation, because of the inference that Israel’s settlements are like an addiction: damaging, but compulsive.

In this context, the EU’s measures are a bit like staging an intervention – an overdue one at that. And like anyone on the receiving end of an intervention, Israel isn’t supposed to like it – but might hopefully thank the EU, at some future date, for helping to make the nation stronger and healthier.

This recent labelling measure also ties in with a broader shift towards actively applying international law in the Israeli-Palestinian conflict.

That’s the context in which the Palestinians received recognition of statehood at the UN in 2012, and are currently pursuing a case against Israeli settlements and the Gaza war of 2014 with the International Criminal Court.

We may well see more such measures in the year ahead – perhaps with more European countries recognising Palestine, or with the EU extending its directives to cover all commercial dealings with Israeli settlements.

Israel’s rightists have responded by calling all of this “lawfare” – an attempt to use international law as a weapon with which to attack the country. But that doesn’t actually change the law, which Israel is routinely violating. The only thing that has changed is that there are now consequences and penalties for doing so.

Rachel Shabi is a journalist and author of Not the Enemy: Israel’s Jews from Arab Lands.