From Taiji to Tanks: The Barren Life of Captive Dolphins

For Those Taken Captive, the Suffering at the Cove Is Just the Beginning

16 Dec 2015 – The slaughter of dolphins and small whales that takes place in Taiji, Japan’s infamous cove is a horrific and inhumane massacre of highly intelligent and socially complex cetaceans. It is sad to say, though, that for those who witness the brutal killing of their family members here, as they are taken from their ocean home to be sold for captivity, an even worse fate is soon to come, because their suffering is just beginning. 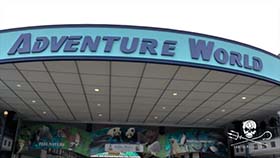 In November, Sea Shepherd’s Cove Guardians traveled to Adventure World, a marine park in Wakayama Prefecture, Japan, approximately two hours from Taiji. The Cove Guardians observed 28 cetaceans there, including 17 bottlenose dolphins, three Risso’s dolphins, three false killer whales and five Pacific white-sided dolphins. Ceta-Base, an online database of captive cetaceans around the world, confirms that the facility does hold dolphins who were captured in Taiji, though the exact number is unknown.

In the video below, taken by Sea Shepherd’s Cove Guardians, you will see the heartbreaking reality of the existence of cetaceans at Adventure World – one that is much the same for captive cetaceans everywhere. Forced to perform unnatural tricks for crowds of paying park-goers in order to be fed thawed dead fish. Floating motionlessly at the surface of their small, barren tanks. This is no life for any cetacean, and those who are captured from the wild in Taiji or elsewhere who once knew freedom and family in the vast ocean.

“It is easy to think that what happens in Taiji is so far away, but captivity – not just in Japan, but around the world – is what drives the slaughter. It was so surreal to be standing at Taiji Harbor on November 13 and post that it was a Blue Cove day due to weather, and then just a few hours later to be standing at Adventure World, looking into the eyes of dolphins that we knew came from Taiji. In fact, it was one of the most surreal moments of my 88 days in Japan,” said Mary Gibson, former Cove Guardian Ground Leader.

“As the Cove Guardians walked through the aquarium, we were watched and followed by security. When I asked several trainers, after the dolphin show, how many dolphins had come from Taiji, they suddenly no longer spoke English. Once back in Taiji the following day, we were asked by police why we had gone to Adventure World and what we were doing,” added Gibson. “They also sold whale meat here, the same brand sold at Taiji Whale Museum, another captive facility that has Taiji dolphins and whales and which was advertised with brochures at Adventure World. In the twisted town of Taiji and in Japan, you can watch captive dolphins and whales perform unnatural tricks – as you dine on their dolphin and whale family members.”

Taiji’s slaughter may take place in one small cove, but it is the international trade in captive cetaceans that fuels the hunting boats. Until the global demand for captive dolphins and whales is ended, the slaughter in Taiji and wild captures around the world will continue.

Please watch and share this video and ask everyone you know to oppose cetacean captivity. Please help Sea Shepherd to break the cycle that flows from Taiji to tanks.