“The art of self-culture begins with a deeper awareness … of the marvel of our being alive at all; alive in a world as startling and mysterious, as lovely and horrible, as the one we live in.” 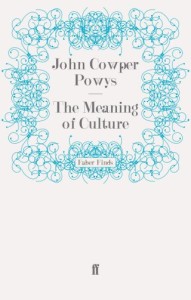 “In order to be cultured and not to stand below the level of your surroundings it is not enough to have read ‘The Pickwick Papers’ and learnt a monologue from ‘Faust,’ Anton Chekhov wrote in an 1886 letter to his brother, outlining the eight qualities of cultured people — among them sincerity, “no shallow vanity,” and a compassionate heart that “aches for what the eye does not see.” This essential difference between being educated and being cultured is what the great British novelist, philosopher, literary critic, educator, and poet John Cowper Powys (October 8, 1872–June 17, 1963) examined in greater dimension a generation later in the 1929 masterwork The Meaning of Culture (public library) — one of the most thoughtful and beautifully written books I’ve ever encountered.

Powys begins with the tenet that “culture is what is left over after you have forgotten all you have definitely set out to learn” and sets out to examine what, exactly, is left over — which is often too surprising and subtle, too aglow with inarticulable radiances, to fit into our intellectual templates of understanding. 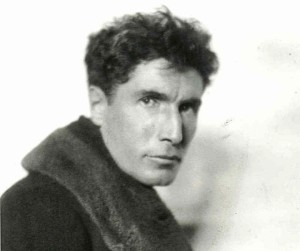 Whenever I am lost in admiration for a man or a woman, as fulfilling my ideal of what a human being should be, it is rarely that such a person fits precisely into the formula whose qualities I have defined so patiently as bearing the hallmarks of culture.

Whatever it may be, it is clear that it appeals to elements in us which are deeper-rooted and more widely human than any trained aesthetic taste or any industriously acquired scholarship.

I am sometimes tempted to regard the truest culture as the compensation of the unsuccessful, something that … can remain with us when all else is taken away.

Such a conception of culture, Powys points out, is something entirely different from a good education or a cultivated aesthetic taste. In a sentiment triply timely today, as we struggle to glean wisdom in the age of information, he considers that crucial difference:

And it can render us independent of our weakness, of our surroundings, of our age. It is at once an individual thing, a fortress for the self within the self, and a universal thing, a breaking down of the barriers of race, of class, of nation. 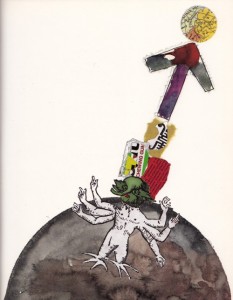 This kind of culture, Powys asserts, ought to be pushed “down and in, till it is blood of our blood and bone of our bone,” so that it can inform our morale and permeate what we call character. Without such osmotic synthesis, he cautions, what passes for culture is a falsehood devoid of humanity:

The reason why that super-refined aesthete, Mr. Osborne, the villain in Henry James’s “Portrait of a Lady,” is so repulsive a figure, is that his culture has remained purely intellectual and aesthetic. It has neither fortified his stoicism, nor subtilized his human sympathy. Culture without natural human goodness has an extremely disconcerting effect. There is something weird and terrifying about it.

Echoing the metaphor that a seventeenth-century gardener coined for human nature, Powys considers how we cultivate such authentic culturedness within ourselves:

Just as rustic mother-wit has a charm and a dignity that education too often spoils, so the whole problem of Culture is really the familiar problem of Horticulture. It is in fact the problem of how to graft the subtle and the exquisite upon the deep and the vital. For, by this grafting alone can the sap of the natural give life and strength to the unusual, and the roots of the rugged sweeten the distinguished and rare. 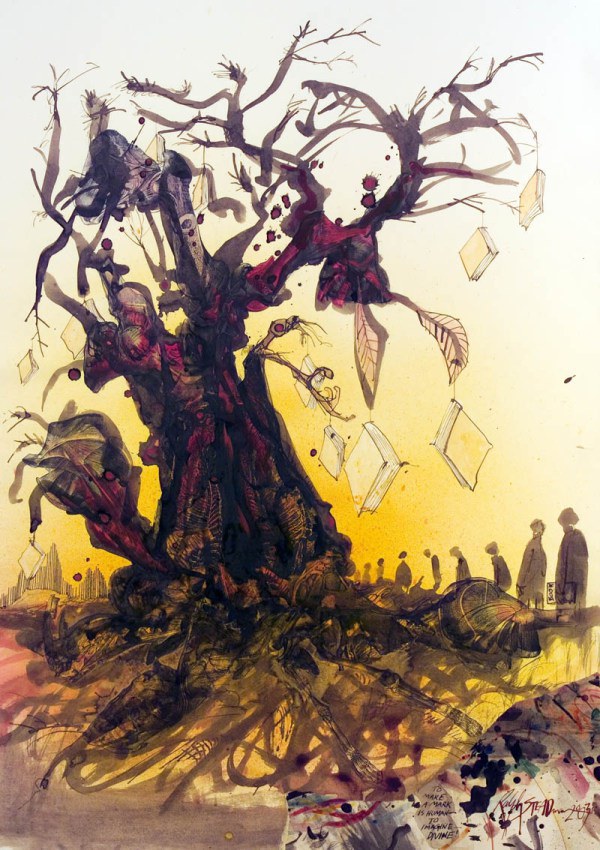 Long before Alain de Botton’s terrific definition of philosophy’s role in our everyday lives, Powys argues that this grafting is the true task of philosophy and the central preoccupation of what was once called metaphysics:

The long personal pilgrimage of culture begins with the formulation of one’s own philosophy… In considering those obscure motions of the mind, wherein our individual consciousness, ceasing to be content with blind responses to its environment, begins to look before and after, it is important to remember that behind all the great controversial names, such as “will,” “behaviour,” “soul,” “First Cause,” “the One, the Many,” “universe,” “multiverse,” “good and evil,” “substance,” “essence,” “immortality,” there lies some actual feeling or sensation or experience; which, under a quite different name, or perhaps under no name at all, must still exist, when the logical fashion of the hour, refusing to use such traditional expressions, has moved on and away.

But to harness that experience fully and properly, Powys notes, we must learn to culture ourselves:

The art of self-culture begins with a deeper awareness, borne in upon us either by some sharp emotional shock or little by little like an insidious rarefied air, of the marvel of our being alive at all; alive in a world as startling and mysterious, as lovely and horrible, as the one we live in.

And yet marvel alone, Powys cautions, is not enough — or at least not something that passively befalls us. Rather, the seedbed of self-culture lies in a deliberate and habitual orientation toward wisdom:

Self-culture without some kind of integrated habitual manner of thinking is apt to fail us just when it is wanted most. To be a cultured person is to be a person with some kind of original philosophy… This implies a desire to focus such imaginative reason as we possess upon the mystery of life. The subtle and imperceptible stages, however, by which this will to think condenses and hardens into a will to live according to one’s thought are not always easy to articulate.

Powys’s most salient point — and the point most urgent amid our culture of instant opinions — is that the personal philosophy of the cultured person is not a hodgepodge of impressions and reactions assembled around an ego but a reflective and considered tapestry of understanding:

Our innermost self, as we grow more and more conscious of it, surprises us again and again by new explosions of feeling drawn from emotional, nervous, and even chemical reactions; but for all its surreptitious dependence on these impulses, its inner report upon its own nature is that it is a clear, hard, enclosed, secretive nucleus with a detached and independent existence of its own. Our reliance upon this introspective report may easily be shaken by logical argument; but it is not often that any argument, however plausible, disposes of the feeling of this interior identity, of the feeling of this integral “I am I,” underlying the stream of our impressions. The truth is that every man and every woman has, consciously or unconsciously, some sort of patched-up, thrown-together philosophy of life, a concretion of accumulated reactions gathered round this nucleus of personality. What, however, denotes the cultured person is the conscious banking up of this philosophy of his own, its protection from disintegrating elements, the guiding of its channel-bed through jungles of brutality and stupidity.

In a sentiment that Tom Wolfe would come to echo eight decades later in his magnificent admonition against the rise of the pseudo-intellectual, Powys draws the vital distinction between an educated person and a cultured person:

The more culture a man has, the more austerely — though naturally with many ironic reserves — does he abide by his own taste.

An educated person can glibly describe what he wishes you to regard as his last ready-made philosophy. A cultured person often finds it very difficult to explain what his philosophy is; but when he does manage to articulate it you feel that this is what he has secretly and profoundly lived by for many a long year. For in a cultured person’s life intellectual snobbishness has ceased to exist. He is not interested in the question whether his attitude is “intellectual” according to the current fashion or not. 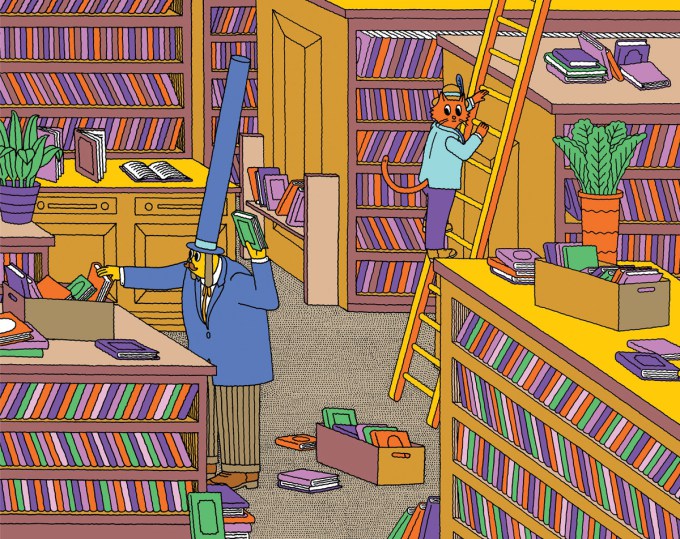 The distinction Powys makes is essentially that between artifice and authenticity. The latter necessitates that we do something inherently difficult and increasingly rare today — cultivate a capacity for nuance and duality and master the art of living with opposing truths. Powys writes:

Real culture has almost always a certain tendency to combine infinite subtlety with a kind of childish naïveté… What a perpetual stumbling-block, for instance, is the cultured person’s innate predilection for combining extreme opposites in his thought and his taste! His philosophical opinions will be found as a rule, judged by the standards of the merely educated, to be at once startlingly revolutionary and startlingly reactionary… One always feels that a merely educated man holds his philosophical views as if they were so many pennies in his pocket. They are separate from his life. Whereas with a cultured man there is no gap or lacuna between his opinions and his life. Both are dominated by the same organic, inevitable fatality. They are what he is.

Living out of one’s essence, and continually clarifying that essence through the daily act of living itself, is what Powys sees as both the measure of philosophy and the mark of the cultured person:

To philosophize with the real wisdom of the serpent and the real harmlessness of the dove it is not necessary to exhaust one’s brain upon riddles which are likely enough eternally insoluble. What is necessary, is to experiment with ordinary life; to adjust one’s appreciative and analytical powers to all the natural human sensations which are evoked by the recurrences of the seasons, by birth and death, by good and evil, by all those little diurnal happenings which make up our life upon earth… To isolate them, as they form and re-form in the calm-flowing stream of the deeper reality, to contemplate them, to assimilate them, as they pass, this is the true philosophical art. 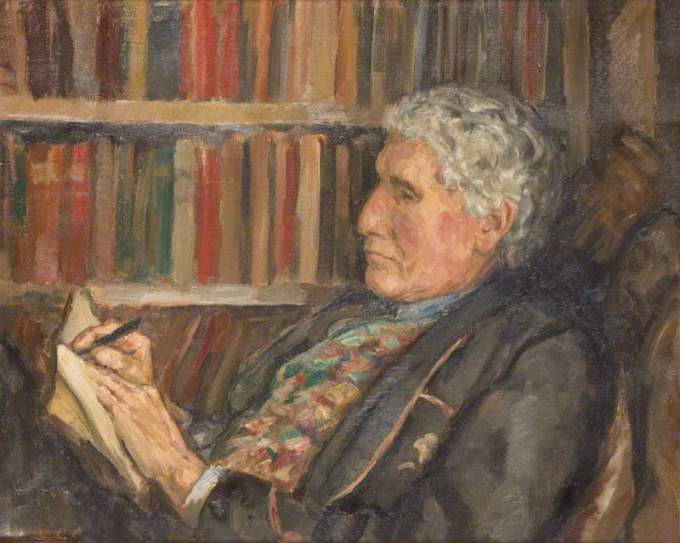 Out of this feeling philosophy, Powys argues, springs forth what Nathaniel Hawthorn memorably termed (and Oliver Sacks memorably echoed) “an intercourse with the world” — the dynamic interaction that comes to define our lived, living experience:

This life in itself is not passively reflected, but is something that has been half-created, as well as half-discovered, by the creative mind.

In the remainder of the wholly rewarding The Meaning of Culture, Powys goes on to explore this symbiosis of creation and discovery by examining culture’s dialogue with literature, nature, art, happiness, and love. Complement it with Bertrand Russell, a compatriot and contemporary of Powys’s, on what “the good life” really means and Simone Weil on how to be a complete human being.

Many thanks to Tim O’Reilly for pointing me to this vintage gem.