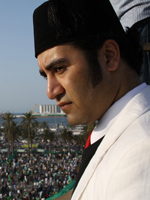 17 Dec 2015 – Because of the Turkish government’s role in the multi-spectrum US-led war against the Syrian Arab Republic, a war of words has ignited between Ankara and Moscow. Russia, however, is not alone in accusing Turkey of being involved in the theft of Syrian and Iraqi oil. Turkish opposition politicians, Turkish media, and various governments in the Middle East have also raised their voices about the role of Turkish officials in smuggling from the conflict zones in Syria and Iraq.

A Russian Sukhoi Su-24M tactical bomber jet operating in Syrian airspace at the request of Damascus was shot down by two Turkish F-16 Fighting Falcon fighter jets at 9:30 a.m. Moscow Standard Time (or, according to local time in the war theatre, 8:30 a.m. Eastern European Time) on November 24, 2015. The Kremlin reacted by asking for an explanation and apology. The Russian military quickly summoned the Turkish military attaché in Moscow and called the Su-24M’s downing an unfriendly act by Ankara while Russian President Vladimir Putin, speaking from Sochi during a meeting with Jordan’s King Abdullah II, described it as a «stab in the back, carried out against us by accomplices of terrorists.» Ramzan Kadyrov, the leader of the Chechen Republic, would later describe the Turkish attack as an assault on the opponents of the so-called Islamic State in Iraq and the Levant (ISIL/ISIS/IS/DAESH) by the Turkish government on behalf of the US.

On the day of the Russian jet’s downing, Turkey would immediately call for consultations of the North Atlantic Treaty Organization (NATO) to be held at 4:00 p.m. Greenwich Mean Time. It would get NATO’s backing against Russia. In 2012, however, both the NATO and Turkish positions were the opposite. When a Turkish F-4 Phantom reconnaissance jet was shot down by the Syrians on June 22, the Turkish government and NATO said that such a short-term violation did not merit a military response by the Syrians.

The analysis of the Kremlin quickly concluded that the Turkish attack on the Su-24M was intentional. Russo-Turkish tensions began to mount. «We have serious doubts this was an unintended incident and believe this is a planned provocation,» Russian Foreign Minister Sergey Lavrov announced two days later, on November 26, after meeting Turkish Foreign Minister Mevlut Cavusoglu. 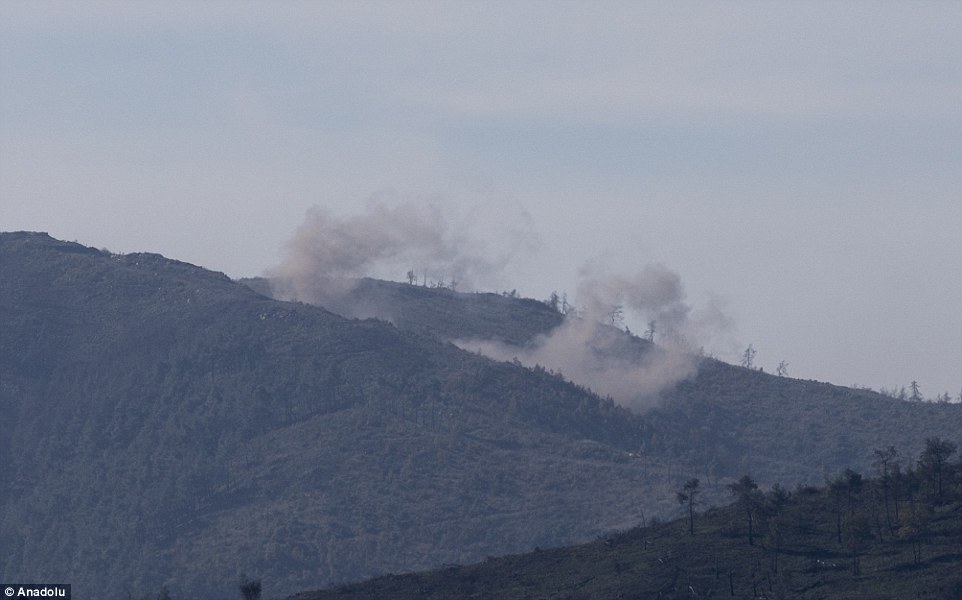 When Ankara refused to apologize, the Kremlin reacted by banning Turkish food imports and barring citizens of the Russian Federation from travelling to Turkey as tourists. Moscow also announced that it suspended negotiations for the construction of the Turk Stream pipeline crossing the Black Sea, but Turkish President Recep Tayyip Erdogan counter-claimed that the Turkish government had already decided to end consultations on Turk Stream due to Russian non-compliance with Turkish demands. In an announcement that pleased Washington, Erdogan also threatened to turn away from Russia as an energy trading partner by finding and switching to new energy suppliers – a point that should be kept in mind when Ankara’s ties to the Kurdistan Regional Government and the Turkish military deployment to the Mosul District in Iraq are analyzed.

Despite Turkish Prime Minister Ahmet Davutoglu’s claims that an open line of communication was needed between Ankara and Moscow, the flight plans of the Russian bomber jet had been given to the Pentagon as a means of reducing the risk of collisions and accidents in the air between the Russian Federation and Washington’s military cohort. The Turkish government, however, claimed that the Su-24M was shot down over its territory, but this was sharply rejected by the data provided by Russia and Syria. Even Turkish statements that the Su-24M was flying away from Turkey create doubts about the Turkish government’s claims. By Ankara’s own account the Russian bomber was only in Turkish airspace for a few seconds, but this is mathematically inconsistent with Turkish claims that ten warning were issued to the Su-24M in a period of five minutes. It is also universally recognized that the Russian pilots parachuted inside Syrian territory. The only way the Turkish argument, which has been supported by the US envoy at the North Atlantic Council, could even make sense is if Ankara’s argument was deceptively formulated on an illegal assessment by Ankara under which the Turkish military operates as though the Turkish border has been extended by eight kilometers southward into Syrian territory. 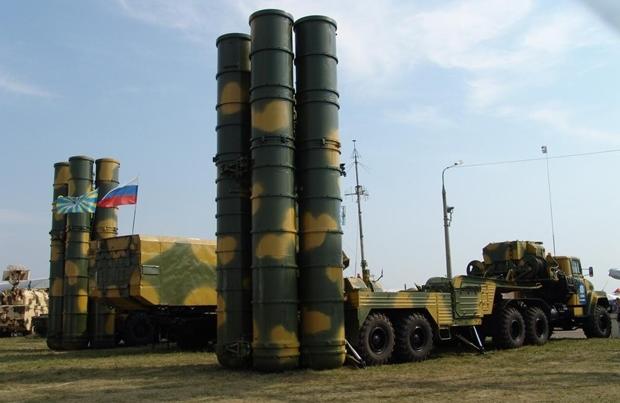 The day after the Su-24M’s downing, on November 25, Russian Defense Minister Sergey Shoigu announced that the S-400 mobile air defense system was being deployed to Russia’s Khmeimim (Hmeymim) Airbase in Latakia; the S-400s were then airlifted from Russia to Syria by means of the Antonov An-124 Ruslan strategic cargo jumbo jet on November 26. In an indirect message to Turkey and the US, the Russian Aerospace Defence Forces announced that Sukhoi Su-34 fighter-bombers equipped with air-to-air missiles – used for air combat – were operating in Syria. The Russian Navy would also deploy the Moskva guided missile cruiser off the Levantine coast in the waters of the Eastern Mediterranean. Putin took a vow a few weeks later, on December 11, during a meeting with Chief of the Russian Armed Forces General Staff Valery Gerasimov that the Russian military will «immediately destroy» any hostile player threatening Russian operations in Syria.

Even more damning to Turkish officials, respectively on November 24 and December 2, Putin and Russian Deputy Defense Minister Anatoly Antonov publicly revealed that Turkey was buying oil from the ISIL terrorists and that President Erdogan and his family were personally profiting from the theft of oil from Syria. Russia had already presented evidence a few weeks earlier at the G-20 meeting in Antalya that some members of the forum were helping finance the ISIL. While Erdogan’s government and Washington rejected this, the hard evidence, from witness statements and videos to oil shipment data from Turkey’s own port of Ceyhan incriminate Turkey as the transit point for the oil that the ISIL has been stealing.

As early as June 2014, Turkish parliamentarian Ali Ediboglu, the Meclis representative of the Turkish border province of Hatay on the Syrian border, revealed that 800 million US dollars worth of stolen Syrian oil was being sold to Turkey by the insurgents and terrorists in Syria. His statements were followed by similar accusations by the Turkish newspaper Taraf Gazetesi. The Wall Street Journal even casually revealed that the major political parties in Turkey had long accused Erdogan’s government of being in bed with the terrorists by writing that «Moscow has resurrected accusations by rivals of Turkey’s most powerful leaders that Ankara has covertly fueled the rise of Islamic State [IS/ISIL], deepening the diplomatic rift over last week’s shootdown of a Russian bomber». 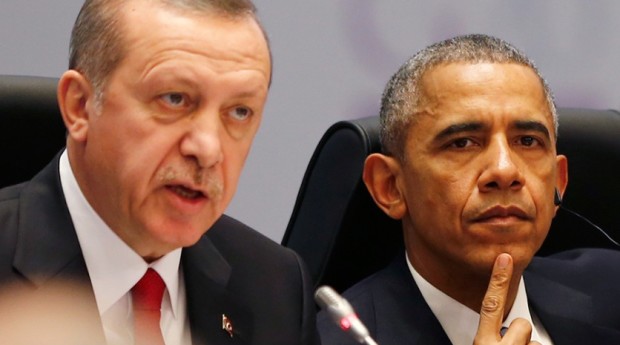 Mowaffak Al-Rubaie, who the US had appointed as the national security advisor of Iraq in July 2003, would corroborate that Ankara was involved with the ISIL oil stealing operations on November 28, 2015. A few weeks later, on December 7, Iraqi Prime Minister Haider Al-Abadi would add his voice to the accusations by saying during a meeting with German Foreign Minister Frank-Walter Steinmeier that most the oil that the ISIL was stealing from Iraq and Syria was being smuggled and sold via Turkey.

Referring to the theft of oil from his own country, Syrian Information Minister Omran Al-Zoubi told RIA Novosti that Erdogan had personally ordered the Turkish military to shot down the Sukhoi Su-24M as a reprisal for the Russian airstrikes against the ISIL oil smuggling business that was managed by his son, Necmettin Bilal Erdogan. A short time later, various reports surfaced about Bilal Erdogan’s ownerships of a BMZ Group-affiliated Maltese shipping business named the Oil Transportation and Shipping Company. It was also reported that over a hundred oil tankers belonged to the Turkish Bayrak Company owned by Berat Albayrak, who is Erdogan’s son-in-law that was appointed Turkey’s energy and natural resource minister by Prime Minister Davutoglu after the Turkish general elections on November 1, 2015.

In a similar context, Turkey has been accused of stealing industrial equipment from Aleppo and Syrian historical artifacts. Speaking to Reuters, the director-general of antiquities and museums in Syria, Maamoun Abdulkarim, has testified that over two thousand stolen Syrian artifacts are being kept in Turkey and that the Turkish government refused to document or return the historical artifacts that have been looted. These antiquities from places like the Roman ruins of Palmyra are being resold through Turkey in the international black market. According to the United Nations Educational, Scientific, and Cultural Organization (UNESCO), historic sites in Syria have been looted «on an industrial scale» by the ISIL and other insurgent groups supported by Turkey. 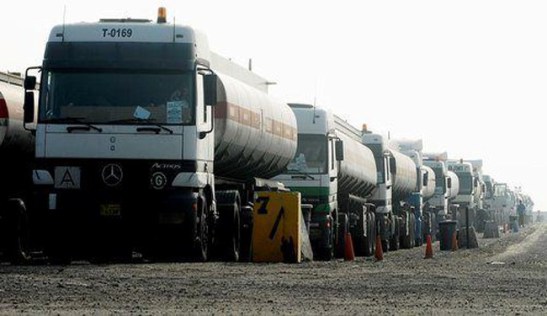 The evidence provided by Russia was corroborated by Tehran. Iran had been complaining about Turkey’s illegal oil smuggling operations in Syria and Iraq before the Kremlin even made its revelations. Laleh Eftekhari, an Iranian parliamentarian sent an open letter on December 2 to President Erdogan’s wife, Emine Erdogan, asking her how she could remain silent about Bilal’s criminal activities.

Erdogan reacted to the Iranian position by claiming in front of the Turkish public that he had demanded to Iranian President Hassan Rouhani to halt criticism from the Iranian media and that Tehran stops supporting Russian revelations about his family’s involvement in the illegal oil trade. On December 4, Iranian Foreign Ministry Spokesman Hussein Jaber Ansari diplomatically responded by saying that the Turkish government should instead reverse its disastrous regional policies and support for terrorism, whereas other Iranian officials said that Erdogan was blatantly lying about his exchange with Rouhani. Mohsen Rezaie, the Iranian Expediency Discernment Council’s secretary, responded by saying that «Iranian military advisors in Syria have taken photos and filmed all the routes used by ISIL’s oil tankers to Turkey; these documents can be published».

Iran is unequivocally supportive of the Russian position in Syria. Despite the analyses arguing that the Russian military presence in Syria is marginalizing the Iranians in Syria, Moscow and Tehran are working closely together. Russian airstrikes in Syria have been coordinated with Iranian ground operations. Russian operations in Syria are believed to have been discussed when Qassem Soleimani, the Iranian Revolutionary Guard commander fighting the ISIL in Syria and Iraq, visited Moscow in August 2015. Russia military jets have been using Iranian military bases to enter Syria, Iranian military jets are escorting Russian bombers to Syria through Iranian airspace, and Tehran has allowed the Russian Navy’s Caspian Flotilla to use its waters and airspace. Even US Secretary of State John Kerry has complained that the two powers operate in tandem in regards to the conflict in Syria.

Russia is not alone, militarily or in its charges against Turkish officials. While NATO has backed Turkey, the Collective Security Treaty Organization (CSTO), Syria, Iraq, and Iran have backed the Russian position against Turkey. Like the Russian Federation, the major countries bordering Turkey, as well as politicians within Turkey, also accuse Erdogan’s government of working with the ISIL and stealing oil from Iraq and Syria.