Dark Money: The Hidden History of the Billionaires Behind the Rise of the Radical Right, by Jane Mayer, 449 pp., Doubleday 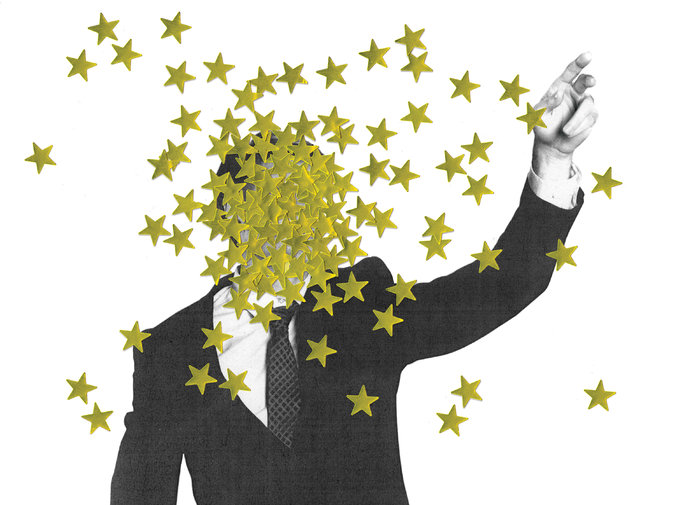 19 Jan 2015 – Nineteen eighty was a year of hope for conservatives in America, but it was a hope diminished by decades of consistent failure at the grass roots. Republicans hadn’t controlled either chamber of Congress, or a majority in state legislatures, for a quarter-century. Most governors were Democrats, as had been true since 1970. Not only was the Republican Party overmatched at winning elections, but those with the strongest ideological convictions — “movement conservatives,” as they liked to call themselves — were a faint voice even within Republican ranks.

But at the end of that year two things happened. One, as we all know, was the election of Ronald Reagan as president. The other was an utterly private event whose significance would not be noticed for years. Charles and David Koch, the enormously rich proprietors of an oil company based in Kansas, decided that they would spend huge amounts of money to elect conservatives at all levels of American government. David Koch ran for vice president on the Libertarian ticket in 1980, but when the campaign was over, he resolved never to seek public office again. That wouldn’t be necessary, he and his brother concluded; they could invest in the campaigns of others, and essentially buy their way to political power. 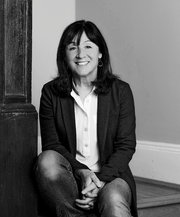 Thirty years later, the midterm elections of 2010 ushered in the political system that the Kochs had spent so many years plotting to bring about. After the voting that year, Republicans dominated state legislatures; they controlled a clear majority of the governorships; they had taken one chamber of Congress and were on their way to winning the other. Perhaps most important, a good many of the Republicans who had won these offices were not middle-of-the-road pragmatists. They were antigovernment libertarians of the Kochs’ own political stripe. The brothers had spent or raised hundreds of millions of dollars to create majorities in their image. They had succeeded. And not merely at the polls: They had helped to finance and organize an interlocking network of think tanks, academic programs and news media outlets that far exceeded anything the liberal opposition could put together.

It is this conservative ascendancy that Jane Mayer chronicles in “Dark Money.” The book is written in straightforward and largely unemotional prose, but it reads as if conceived in quiet anger. Mayer believes that the Koch brothers and a small number of allied plutocrats have essentially hijacked American democracy, using their money not just to compete with their political adversaries, but to drown them out.

A staff writer for The New Yorker, ­Mayer spent five years working on “Dark Money,” which originated with an article on the Koch family she published in the magazine in 2010. Neither Charles nor David Koch agreed to talk to her, and several of the most important figures in their political network were unavailable. But she reached hundreds of sources who did want to talk: longtime conservative campaign operatives, business associates, political opponents and political finance scholars. Some of these sources spoke on the record and some did not, but all in all “Dark Money” emerges as an impressively reported and well-documented work.

A great deal has already been written about the Koch brothers and the money their network has invested in American politics. The importance of “Dark Money” does not flow from any explosive new revelation, but from its scope and perspective. Mayer writes of the early lives of the key players, the origin of their fortunes, their personal obsessions and quirks, and the role the operation was able to carve out. It is not easy to uncover the inner workings of an essentially secretive political establishment. Mayer has come as close to doing it as anyone is likely to come anytime soon.

What the Kochs and their allies have created, in her view, is a private political bank capable of bestowing unlimited amounts of money on favored candidates, and doing it with virtually no disclosure of its source. They have established a Republican Party in which donors, not elected officials, are in charge. In 2011, when House Speaker John Boehner was desperate for Republican votes to prevent the government from defaulting on its debt, he went to see David Koch in Manhattan to plead for help. “It had taken years,” Mayer writes, but the brothers “were becoming a rival center of power to the Republican establishment.”

“Dark Money” relates the personal story of the Koch family in considerable detail — an engineer father who made a fortune building oil refineries, then spent the last years of his life as an angry member of the John Birch Society; an early conversion by Charles and David Koch to the radical libertarian economics of Friedrich Hayek and Ludwig von Mises; a web of sibling rivalry among all four of the family’s brothers, ending in painful legal confrontations that dragged on for years.

Mayer also sheds some useful light on the co-conspirators who helped the Kochs build a movement that spread far beyond electoral politics. Richard Mellon Scaife, heir to the Mellon banking fortune and to much of the wealth of Gulf Oil, was the financial presence behind the Heritage Foundation. John M. Olin, whose family chemical corporation was a major beneficiary of federal weapons procurement, focused on the creation of faculty positions for conservatives at prestigious university campuses. The Bradley brothers, Harry and Lynde, used proceeds from the merger of their family electronics firm with Rockwell International to underwrite a whole array of publishing and research ventures.

But the main goal was to win elections, and in that crusade the Kochs and their allies had the benefit of federal laws that they played no part in promulgating. One was the section of the Internal Revenue Code that allows for 501(c)(4) organizations, ostensibly devoted to “social welfare” but permitted to engage in electoral politics in an essentially unregulated way. A 501(c)(4) is not required to disclose the sources of its funding, and that provision alone has brought in huge amounts of money from donors eager to contribute but reluctant to identify themselves. The 501(c)(4) loophole has been around since the early 20th century, but it was given new vigor in 2010 by the Supreme Court’s Citizens United decision, which removed virtually all limits on corporate campaign funding and fostered its anonymity.

What were all these organizations and donors promoting, other than the election of Republican candidates to office? Free-market orthodoxy, to start with. “Market principles have changed my life,” Charles Koch declared in the 1990s, “and guide everything I do.” That seems as true in 2016 as it was when he said it. Closely related to free-market faith is the hatred of regulation, federal, state or local. “We should not cave in the moment a regulator sets foot on our doorstep,” Charles once wrote. “Do not cooperate voluntarily; instead, resist wherever and to whatever extent you legally can.”

This ideology helps to explain one of the most important Koch crusades of recent years: the fight to prevent action against climate change. The Koch-sponsored advocacy group Americans for Prosperity has been at the forefront of climate-change opposition over the past decade. When the Republicans took over the House of Representatives in 2011, Americans for Prosperity lobbied lawmakers to support a “no climate tax” pledge, and by the time Congress convened that year, 156 House and Senate members had signed on.

As ferocious as they have been in defense of free-market ideas, the Koch brothers are also acting out of tangible self-interest, Mayer argues. The Kochs made their money in the carbon business; they have diversified far beyond it over the years, but a stiff tax on carbon could have a significant impact on their bottom line. Mayer reports that an E.P.A. database identified Koch Industries in 2012 as the single biggest producer of toxic waste in the United States. The company has been in and out of federal court over the years as defendants in cases alleging careless and sometimes lethal flouting of clean-air and clear-water requirements. Several have paid tens of millions in fines to settle these cases. It is plausible that the Kochs and some members of their network are participating in politics largely to keep their fortunes intact. “They said they were driven by principle,” Mayer writes of the Koch-led network, “but their positions dovetailed seamlessly with their personal financial interests.”

She makes a formidable argument, though it is a circumstantial one. As is always true with political money, there is no easy way to delineate where ideology ends and where self-interest and corruption begin. The founding fathers were accused by some historians of writing the Constitution to protect their landed wealth. Subsequent research largely disproved that allegation. Mark Hanna’s close-knit network of manufacturers and railroad tycoons invested huge sums at the start of the 20th century to procure high tariffs and business-friendly Republican governments; they largely got what they paid for. When he was House speaker in the 1950s, Sam Rayburn — according to Tip O’Neill — kept large bundles of oil company cash in his office desk and doled it out to secure the loyalty of favored Democrats. Loose and unregulated campaign cash from wealthy donors was the dark money that made ­Watergate possible.

One is tempted to say that since plutocrats have been pulling political levers since the start of the American Republic, the current concentration of ideology, money and power is not a uniquely dangerous development. But that may be to dismiss Mayer’s warnings too quickly. Hanna bought the votes of politicians, but he didn’t have a collection of think tanks, a nationwide network of pressure groups or a collection of subsidized university programs to propagandize on his behalf. The business lobbies of the postwar years knew what they wanted and generally got it, but theirs was a limited agenda that stuck to a relatively narrow set of demands. And for parts of the past century, wealthy players were restrained, however imperfectly, by campaign finance laws aimed at keeping the process open and aboveboard. Sinister as much of the system was, one could entertain the idea that a new regulatory regime might someday bring it under greater public scrutiny and control. In the aftermath of the Citizens United decision, that no longer seems a realistic prospect. This alone may make the indignities that Mayer writes about a departure from the ones that have gone before.

Alan Ehrenhalt is a senior editor of Governing magazine and the author, most recently, of The Great Inversion and the Future of the American City.

A version of this review appears in print on January 24, 2016, on page BR1 of the Sunday Book Review with the headline: Rightward Bound