Welcome to Israel’s Version of Apartheid 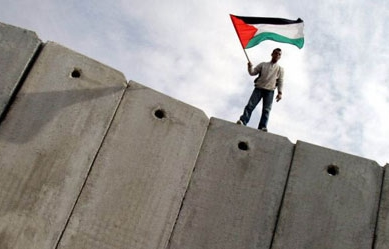 12 Jan 2015 – A small scene from the Israeli-Palestinian conflict unfolded last week on a Greek airport runway.

Moments before an Aegean Airlines flight was due to take off, three Israeli passengers took security into their own hands and demanded that two fellow passengers, from Israel’s Palestinian minority, be removed from the plane. By the end of a 90-minute stand-off, dozens more Israeli Jews had joined the protest, refusing to take their seats.

Like a parable illustrating Europe’s bottomless indulgence of Israel, Aegean staff caved in to the pressure and persuaded the two Palestinian men to disembark.

The lack of outcry from Israeli officials should be no surprise. Shortly before the Athens incident, Israel banned a Hebrew novel, Borderlife, from the schools curriculum because it features a romance between an Israeli Jew and a Palestinian.

As an Israeli columnist observed: “Discouraging ‘assimilation’ is an inseparable part of the Jewish state”. Strict separation operates in the key areas of life, from residence to schooling. As a result, marriages between Israeli Jews and Palestinian citizens, a fifth of the population, are rare indeed.

It was therefore difficult not to see the paradox in Israeli prime minister Benjamin Netanyahu’s comments following a shooting by Nashat Melhem that killed three Israelis in Tel Aviv on New Year’s Day.

Attacks of this kind by a Palestinian citizen on Israeli Jews are uncommon and it elicited instant condemnation from the Palestinian leadership. Nonetheless, Netanyahu seized the chance to label as “criminals” the country’s 1.6 million Palestinians.

In a sequel to his notorious election eve statement last year, when he warned that Palestinian voters threatened the result by “coming to the polls in droves”, Netanyahu pledged extra police funds to crack down on the “lawless” minority.

“I will not accept two states within Israel. Whoever wants to be Israeli must be Israeli all the way,” he said.

But in reality there have always been two classes of Israeli, by design.

The search for Melhem ended on Friday with police shooting him dead. In the meantime, his immediate family had been either arrested as accomplices or interrogated at length.

Presumably in an effort to pressure Melhem, the police told his mother they would demolish the family home unless he turned himself in – only Palestinians, not Jews, face house demolitions.

Earlier, when police suspected Melhem was hiding in Tel Aviv, the lodgings of dozens of Palestinian students were raided by officers with weapons drawn, though no search warrants.

At the weekend, Netanyahu conditioned a promised rise in the paltry budgets received by the Palestinian minority on an end to the “lawlessness” in their communities, as though the lack of effective policing of those communities was the responsibility of Palestinian citizens, not the government.

The week-long hysteria contrasted with the handling of another terrible crime, this one committed by Israeli Jews.

In late July, a gang of extremist settlers torched a Palestinian home in the West Bank village of Duma. Three members of the Dawabsheh family, including an 18-month-old baby, burnt to death.

For weeks, in a familiar pattern following settler violence, the investigation made no progress. Then in September, defence minister Moshe Yaalon conceded that the culprits had been identified but the police would make no arrests to avoid exposing their informers.

Only after an international outcry, and Arab legislators threatened to petition the supreme court, did the wheels of law enforcement start to grind.

The attorney general approved the first-ever use of torture – a staple interrogation technique for Palestinians in Israel and the occupied territories – on the Jewish suspects.

Prominent Israeli commentators and government ministers have agonised ever since about the abuses faced by these Jewish detainees.

Bezalel Smotrich, an MP, publicly rejected treating the Dawabshehs’ killers as terrorists. Asked in parliament to repudiate Smotrich’s remarks, Netanyahu stepped down from the podium in silence.

No one, of course, has suggested arresting the Jewish suspects’ parents – in one case a settlement rabbi – or demolishing their homes. Settlement seminaries have not been raided, or their students questioned at gun point.

Budgets for the settlements have been rising, with settlers receiving far more government money than Israelis inside Israel’s recognised borders. Their long record of violence and “lawlessness” has made no difference to their funding.

Legal experts now warn that the courts will likely free the main suspects in the Duma killings because their confessions were forced.

Meanwhile, the settler communities from which the men came are unrepentant. A recent wedding video showed guests celebrating the Dawabshehs’ deaths, including a reveller who repeatedly stabbed a photo of the toddler.

Although both settlers and Palestinian citizens face inadequate policing, they do so for very different reasons.

Depriving Palestinian citizens of law enforcement – except when repressing dissent – has left their communities weak and oppressed by crime and guns. For years Netanyahu has ignored pleas from Palestinian leaders for increased gun control – until now, when one of those weapons targeted Jews.

Settlers have also been policed lightly, so long as their violence was directed at Palestinians, whether in the occupied territories or Israel. More than a decade of settler violence – labelled “price-tag” attacks – has gone largely uninvestigated.

The truth is that most Israeli Jews have long supported two Israels: one for them and another for the Palestinian minority, with further, even more deprived ghettos for Palestinians under occupation.

The inhabitants of one Israel remain hostile towards, and abusive of, those in the other, who refuse to accept Jewish privilege as the natural order – just like the mob that insisted that their fellow citizens had no right to share a plane.