In the Second World War, Allied leaders planned  for the post-war world –  a ‘United Nations’ – years before the conflict ended. We must do the same for the Middle East.

There are times in the Middle East when nightmares and delusions take the place of the real and growing tragedy which is consuming the Arab lands. More and more earnest are the calls for peace as more and more nations launch more and more air raids, from Kabul to the Mediterranean, and down through Sinai and Yemen and across to Libya. The bloodbath is real, yet no one plans for a future – for “Life after Isis”. By my reckoning, there are now 11 different national air forces bombing five different Muslim countries to “degrade and destroy” their enemies. But what comes afterwards?

History teaches us that for 100 years now, the people of this magnificent, dangerous region have sought justice and received only injustice. Foreign and proxy occupation, corruption and dictatorship – the hands of the torturer – have taken from them the one value which so many millions finally sought in the great Arab awakening of 2011: dignity. Yet what are we doing about this? Why have we never addressed the great historical injustices which have caused this human earthquake? 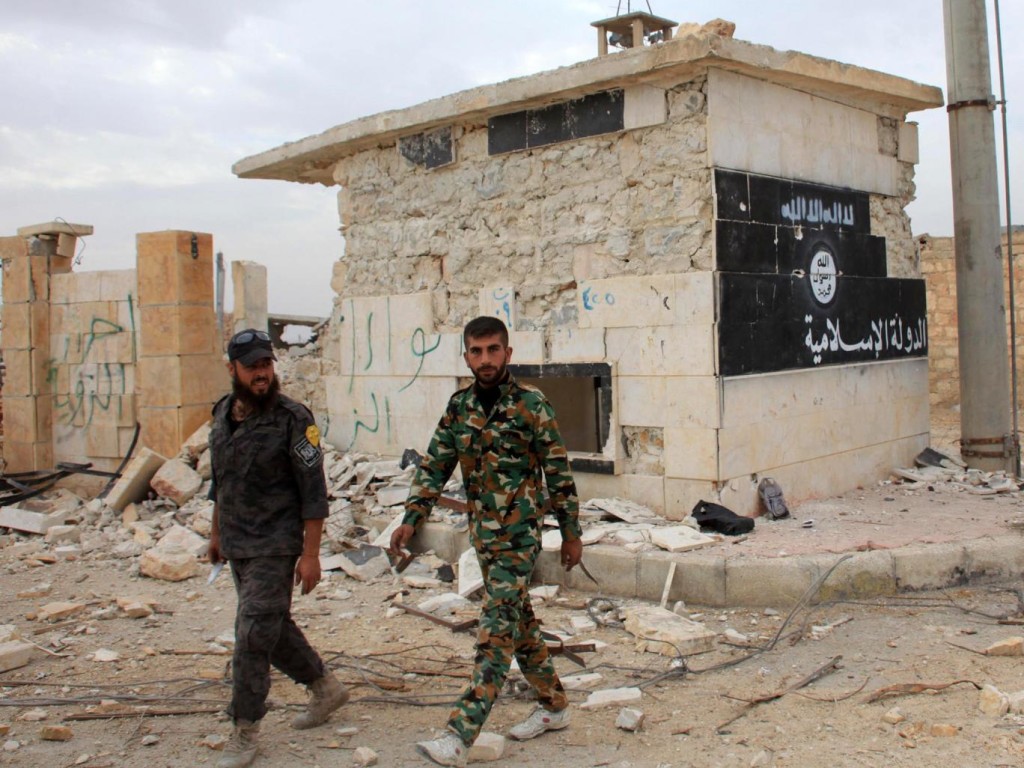 Instead, we conjure up imaginary armies – as if the real ones aren’t frightening enough. We dream up 35,000 Iranian Revolutionary Guards in Syria when perhaps there are a thousand – and 20,000 Afghan Hazara Shia and hordes of Iraqi Shia militiamen in Syria and another 10,000 Hezbollah – and this is before we even remember David Cameron’s ghost army of 70,000 warriors ready to fight for democracy. The Turks are about to invade Syria, we are told, but they haven’t. Then there are the thousands of Saudi soldiers which our favourite Gulf monarchy is ready to send to Syria to fight Isis – although presumably they’ll have to leave their air-conditioned Mercedes limousines back at the start line. As for the Russians, I’m surprised nobody has yet suggested that they arrived in Syria with snow on their boots.

This is insanity. Europeans react with horror when a million refugees cross their borders – yet while it’s informative to know that Hungary thinks it is the frontier of Christendom, no one has suggested that we need to address the original problems of all these poor people. We obsess about persuading Turkey to stop the refugees and asylum seekers pouring into Europe, but without any long-term planning for a new Middle East which will reduce their numbers.

We blather on about how we are suffering the greatest movement of refugees since the Second World War. But in the Second World War (the real one), Allied leaders were planning for the post-war world – a “United Nations” – years before the end of hostilities. Today, I cannot find in my files any record of a single Arab or world leader who has spoken of what the Middle East might look like in the future. Why can’t we plan ahead now?

At the end of the First World War – the war which destroyed the Ottoman empire and crushed the last caliphate a few years later – many of the American diplomats in the collapsing empire and the NGOs of the time (they were missionaries then, of course) argued for one great Arab nation; one in which Muslims – and Christians and Jews and other minorities – would be citizens of a land which stretched from Morocco to the Mesopotamian-Persian border (the frontier of what is now Iraq and Iran). But of course the US lost its interest in such Wilsonian dreams, while the Brits and French had other plans and moved in to take the “mandates” of their choice.

Thus began the age of humiliation, of Western occupiers and local butchers and hangmen which stripped all these peoples of their honour. And now, 100 years on, we see its frightening apogee in the gruesome “caliphate” which is spreading Ebola-like around the world. But what the poor old Middle East needs now are not more air strikes, but an intellectual search by all those who still live there – and by those who have fled – for what kind of a homeland they want to live in.

What institutions can replace the broken ramparts of the old Middle East? What can replace, for example, the doggerel Arab television preachers who have so much to answer for, many of them encouraged by the Gulf rulers? How did Islam become so weakened by these people? An old friend of mine (a Sunni Muslim, if you want to know) put it very well to me at the weekend. “Islam is afraid of Isis,” he said. “Isis isn’t afraid of Islam.”

So for starters, why not plan for a new Middle East founded not on oil and gas – though they will remain – but on education? Not on dictators’ palaces but on universities; not on torture chambers but on libraries. Islam lay at the heart of the ancient universities of the Middle East. Scholarship was not dominated by Islam – faith and religion were themselves enhanced and enriched by knowledge. From education comes justice. And justice – only justice – will destroy Isis. This may sound preachy but I suspect it would make a lot of sense to the Arabs – and the Jews – who lived in Spain, in Andalusia, 700 years ago (until, of course, we chucked them out).

I have noted before that Abu Dhabi – abjuring the madness of Dubai – has placed a special need on first-class university education for its citizens. And across the Middle East, lack of education – a policy fostered by dictators, of course – lies like a cancer. For lack of education actually is a substance that spreads. Look at the tens of thousands of Syrian refugee children in Lebanon who will one day return to their ruins without even the gift of literacy to pass on to their own future children.

I cannot stand the old clichés about “when the guns fall silent”. But schools and universities are going to be more deadly to Isis than any air-strike. That’s how you deal with nightmares.