It Takes a Greek to Save Europa 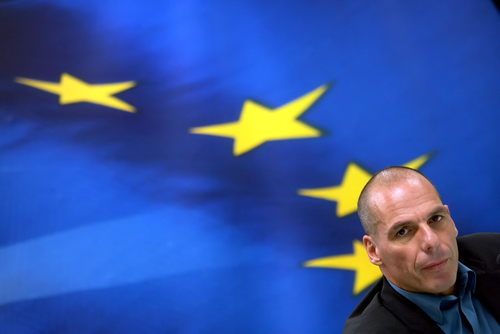 A trickster par excellence, Zeus turned into a white bull, lured Europa into riding him, and before she could escape, dove into the Aegean Sea and carried her off to Crete. The product of their inevitable lovemaking was King Minos. So keep in mind that Europa is the Minotaur’s step-grandmother (more on the Minotaur in a minute.)

Prolific lover that he was, Zeus in the end always came back to his wife, Hera. But this time, not before bestowing selected gifts upon Europa. One of these gifts was Laelaps, a hound that never missed his prey. Then, one day, fate ruled that Laelaps should go after the Teumessian fox – which according to divine design should never be caught. 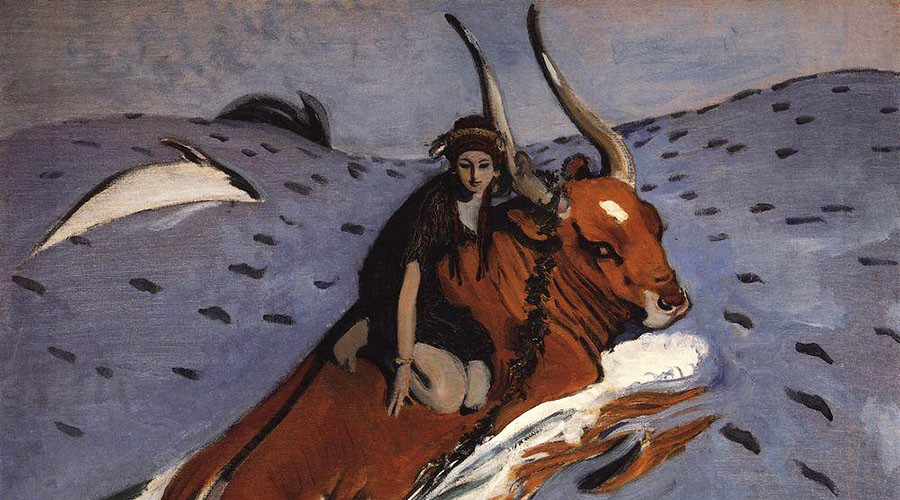 Imagine Zeus’s predicament. After racking his divine brain, Zeus finally found an easy way out; he turned them both into stone and cast them into the night sky.

We can always draw on the psychedelic bacchanalia of classical Greek mythology to find graphic illustrations to the turmoil of our times. Imagine, for instance, Europa’s elite – Mario Draghi and co. – racking their brains in Laelaps meets Teumessian mode trying to solve the eurozone riddle.

Now to a new tale in the heart of Europa.

Seven months after resigning as the finance minister of Greece, self-described “erratic Marxist” Yanis Varoufakis is resurfacing (out of the Aegean Sea?) with a bang.

This past Tuesday, at the Volksbühne Theater in Berlin, Varoufakis launched a new project: the DiEM25 (Democracy in Europe Movement 2025), whose aim is to ultimately transfer power from Europa’s unaccountable, fiercely authoritarian elite and distribute it – fairly – among European citizens.

Greek myth? Why not? And exactly when Europa badly needs a new foundation myth. Varoufakis bets that the movement will eventually reach a “basic consensus” on what to do to really introduce democratic practices into how the European behemoth is run. And then, onwards to parliamentary democracy, via elections.

The diagnostic by Varoufakis would resonate among every sound minded EU citizen. It features unaccountable European elites; “big finance” and “big industry” forming the “unholy cartel” that is the “main driver of EU policy”; the European Central Bank (ECB) propping up the “cartel” by printing money like there’s no tomorrow through quantitative easing (QE); Italy as the new Greece, suffocated by its debt repayments; the fallacy of the theoretically apolitical ECB controlling interest rates across vastly disparate countries; and the Mafia behavior of the Eurogroup (comprising the 19 finance ministers of eurozone members).

Not surprisingly, the fallacy of this “model” of running the eurozone has produced devastating unemployment and facilitated the rise and rise and rise of the extreme right.

The concept of DiEM25 is inspired by what people across Europe should have done in the 1930s, before the ascension of Nazism and fascism; a pan-European, trans-political democratic movement. Varoufakis identifies all the toxic trends of the 1930s in the current, abysmal turmoil engulfing Europa.

He wants DiEM25 to be more than “just a think-tank and… an internet community”.

At the same time he’d like the movement to be essentially leaderless. And there’s the rub; Europa may not need heroes, but as it stands it definitely needs true leaders. 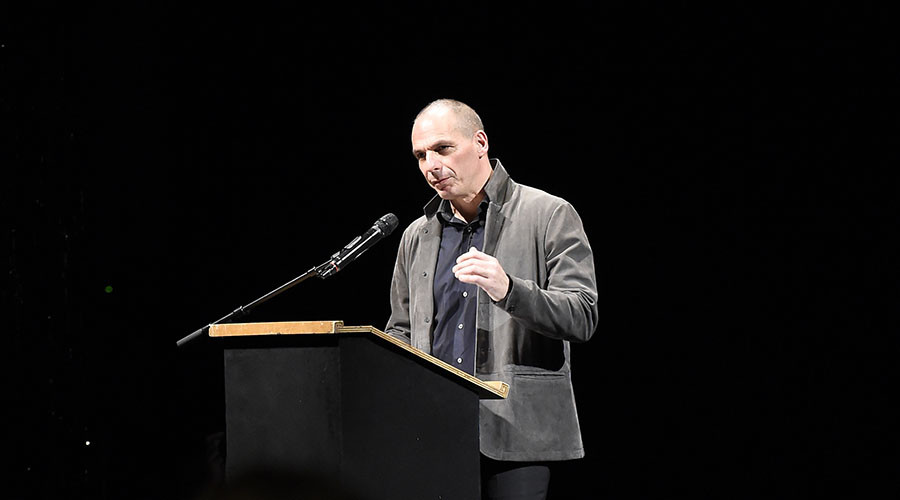 Chairperson of the German party ‘Die Linke’ Katja Kipping listens to Greek former Finance Minister Yanis Varoufakis during an event to mark the official launch of the Democracy in Europe Movement (DiEM) in Berlin on February 9, 2016. © AFP Photo

Considering the current intellectual void all across Europa, Varoufakis at least is shaking up the torpor. Everything one needs to know about the deep causes of the 2008 global financial crisis has been dissected in his seminal book The Global Minotaur (Zed Books; check out the updated 2013 edition.)

The Minotaur metaphor is indispensable to understand the “model” – defined as “controlled disintegration of the world economy” – imposed upon the whole planet by former chairman of the Fed, Paul Volcker. Starting in the go-go 1980s, this“chaotic, yet strangely controlled flux,” as Varoufakis defines it, translated into foreign investors sending billions of US dollars to Wall Street every day, thus financing the US’s twin deficits – and feeding the Global Minotaur.

So we’re back, once again, to Greek classical mythology. King Minos of Crete asked Poseidon for a bull as a sign of divine endorsement. He promised Poseidon he would sacrifice the bull in the god’s honor. Yet he didn’t. Punishment, thus, was inevitable.

Talk about creative punishment. The gods, using Aphrodite’s expert qualifications, had Minos’s wife, Queen Pasiphae, fall madly in love/lust with the bull. Using various props built by the legendary engineer Dedalus, the queen managed to get pregnant. The product was the Minotaur: half human, half bull.

When the Minotaur became huge and uncontrollable, Minos told Dedalus to build a labyrinth. The only way to appease the Minotaur in his labyrinth was to offer human flesh. And here we get into Minos from Crete getting his revenge on Athens; King Aegeus of Athens had killed Minos’s son after he won all the contests at the Pan-Athenian games. So after a brief war with Athens, Aegeus was forced to send seven young boys and seven unwed girls to be devoured by the Minotaur every year.

This – in myth – was the set up for a regular foreign tribute that kept the Minotaur well fed. Nowadays, or until 2008, this was the set up of Pax Americana. But unlike the myth, where Theseus – the son of Aegeus – eventually slaughtered the Minotaur, what doomed the new monster were the lowly subprime racket and a tsunami of CDOs and CDSs.

Varoufakis could not but be attracted to a remix of the Minotaur metaphor; a periodic one-sided tribute – in US dollars – from the whole planet enabling the hegemonic ‘Exceptionalists’ to project power across the seas. This Minotaur is now dying, the world is still encumbered with its rotting carcass, and no one knows what beast is to rise next.

For now, it’s time to fight another, lesser Minotaur; a monster devouring its step-grandmother Europa’s children by autocracy, austerity, unemployment and fear. And once again, it takes a Greek, not a hero by any means, to show Europeans the way.