The wheels of justice didn’t turn at all in Philadelphia because the Church concealed the crimes and protected the rapists. 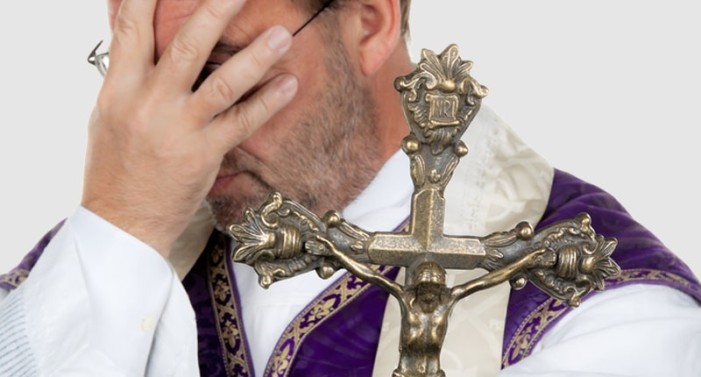 5 Mar 2016 – In this column on Friday [4 Mar], a reference was made to the quote from Chinese author Sun Tzu or Sūn Wu in “The Art of War” that says “the wheels of justice grind slow, but grind exceedingly fine.” The statement is relatively accurate in the secular world, but is not remotely applicable to religion; particularly the Catholic religion. This is not an indictment of the faith as a whole, but it is a condemnation of the Vatican leadership that allowed pedophilia by its clergy to go unpunished and unreported despite the tens-of-thousands of lives that have been forever ruined.

There will never be any real justice for the victims of sexual abuse perpetrated by Catholic priests in and around Philadelphia; at least not in the sense that even one of the 50 serial rapists will ever be punished. In those cases, the wheels of justice not only did not turn slowly, they didn’t turn at all because the Church concealed the crimes and protected the rapists. However, according to a grand jury report released Tuesday; “Hundreds of children in western Pennsylvania were sexually assaulted by 50 Roman Catholic priests over four decades while the diocese’ Catholic bishops covered up their actions.”

The “too little, too late” report revealed that the Altoona-Johnstown Diocese Bishop James Hogan who passed away in 2005, and the bishop following him, Joseph Adamec who retired in 2011, were “diligent in concealing the pedophile priests’ crimes.” The not-so-stunning findings also revealed that many local law enforcement agencies refused to investigate the sexual abuse allegations according to the Pennsylvania Attorney General Kathleen Kane. The wheels of justice can hardly turn when powerful religious leaders and their law enforcement facilitators get in the way.

The real tragedy is that despite any private lawsuits against the Church, the diocese, church leaders, or individual rapists, no-one will ever punish the monsters responsible for sexually abusing children. It is as good to be a religious leader as it is to be a crooked Republican governor or corrupt businessman like Willard Romney because none of them will ever be held to account for their crimes. In the rapist priests’ cases, the crimes committed over the course of over 40 years exceed the statute of limitations and cannot be prosecuted. Attorney General Kane announced that “no criminal charges can, or will, be filed because the incidents are just too old to be prosecuted.”

She also said, “The heinous crimes these children endured are absolutely unconscionable. These predators desecrated a sacred trust and preyed upon their victims in the very places where they should have felt most safe.” One wonders why Kane did not lash out at the various local law enforcement agencies that looked the other way while the powerful and influential “holy men” were sodomizing children. Obviously, the wheels of justice are as apt to come to an abrupt halt when law enforcement is corrupt as when religious leaders and corrupt Republicans violate the law. It is as good to be in law enforcement, apparently, as it is to be in positions of leadership in religion.

This obscene idea that members of the clergy are above the law is something that advocates for child victims of sexual assault have long been urging lawmakers to change; at least to give prosecutors more time to bring sexual abuse charges against members of the clergy. The victims’ advocates have noted, particularly in the case of sexual assaults against minors, that the young victims may take several years before they come forward or alert even their parents. Of course, those ornately-robed monsters in funny collars are fully aware that children are not inclined to report being raped by priests who are a veritable law unto themselves in the eyes of the faithful; especially little children raised to be awestruck by the righteous authority of the clergy.

The 147-page Grand Jury report contained “explicit and very graphic details of the scores of sexual attacks against children,” including naming the righteous perpetrators; many of whom have died or were transferred to other parishes and diocese to spread their “priestly love” around the country and, indeed, the world. In fact, during the two years the Grand Jury was carefully investigating over forty years’ worth of priestly sexual assaults, many of the still-surviving rapists were safely ensconced within the Altoona-Johnstown Diocese to continue down the path of unrighteousness toward children according to Attorney General Kane.

Allegedly, all of the remaining sexual-predator priests were recently removed by the current Altoona-Johnstown Bishop, Mark Bartchak, just in time to miss out on the damning Grand Jury report’s unveiling; it is a very common practice to continue protecting the child rapists even when they are caught red-handed until it appears the long arm of the law is approaching; then they are typically transferred to a diocese far away from the original scene of the crimes.

One serial rapist priest in California, for example, was sent from one California parish to another, and eventually had to be assigned out of country to South America to impose his particularly twisted brand of “Christian love” on poor Hispanic children. After he was caught and exposed as a monster on another continent, the abuser was transferred back to his original parish crime scene to sexually assault a new generation of innocent children.

When the story finally came out exposing the serial pedophile priest, the local diocese’ bishop said precisely what the current Altoona-Johnstown bishop said when his, and the Vatican’s role in creating, protecting, and expanding the reach of the pedophilia ring was exposed publicly; “This is a very painful and difficult time for our Diocesan Church. I deeply regret any harm that has come to children.”

The director of the Survivors Network of Those Abused By Priests, David Clohessy, said in a statement that “We’re saddened but not the least bit surprised. It proves what we’ve long maintained: that even now, under the guise of ‘reform,’ bishops continue to deceive parishioners and the public about their ongoing efforts to hide abuse.” There was no response to requests for comment from the former, and now retired, Bishop Joseph Adamec; likely because he is waiting for explicit directions from the Vatican that will excuse both the church and clergy from any culpability to avoid paying out damages to the victims.