ISIL and the Poor Man’s Nuke

It’s only a matter of time before ISIL employs a dirty bomb either on the streets of the West or in the towns of Syria. 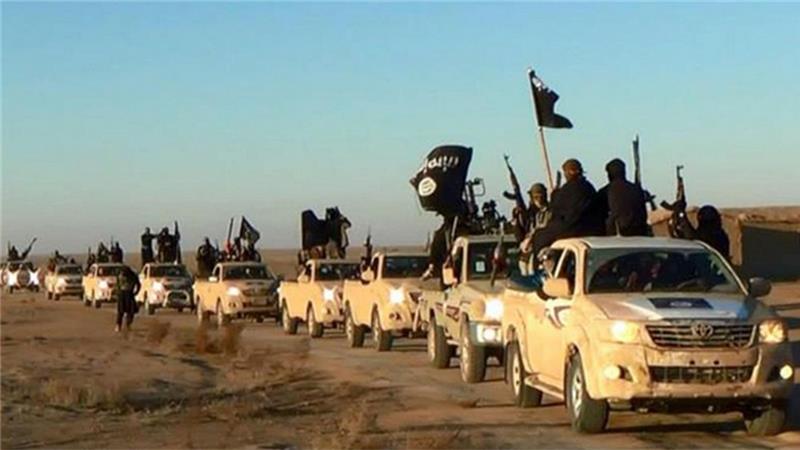 ISIL fighters on a road leading to Iraq, in Raqqa, Syria [AP]

2 Mar 2016 – Last November a small amount of iridium-192, a radioactive isotope, went missing from a facility in Zubair, a town in southern Iraq. After a lot  of unsubstantiated – and in some cases wild – speculation by the media that the Islamic State of Iraq and the Levant (ISIL) had stolen the material and was going to use it for a dirty bomb, the radioactive material turned up intact not far from where it went missing.

A radiological dispersal device, commonly referred to as a dirty bomb, is often considered to be the poor man’s nuclear bomb – but this is not a very accurate description.

A dirty bomb is not a nuclear bomb because it does not rely on a nuclear reaction to trigger the explosion. Instead, a dirty bomb involves the dispersal of radioactive material by traditional explosives, such as dynamite.

The deadliness of a dirty bomb depends on a number of factors including the type of radioactive material used, the weather conditions, and where the bomb is detonated.

In most cases, a dirty bomb holds more value as a weapon of psychological warfare than a tool for mass killing.

Even so, a well-constructed dirty bomb, using the right material and detonated in the right place at the right time with the right environmental conditions, could be socially and economically devastating while relatively simple to deploy.

Radioactive material can be found in a range of hospital equipment. In 1998, 19 small tubes of caesium-137 went missing from a hospital in North Carolina. The caesium was never recovered.

For years after the collapse of the Soviet Union, more than 130 Soviet-era nuclear-powered lighthouses were left abandoned and unguarded.

It is not unusual for such items to be stolen and then sold on because of their high value, making them very accessible on the black market.

In Brazil in 1998, two metal scavengers removed medical equipment containing caesium from an abandoned radiotherapy clinic. Not knowing exactly what they had scavenged, they took the device apart.

As a result they exposed caesium-137 and subsequently more than 100,000 people had to be examined for radioactive contamination.

Of these, 1,000 people were found to have been contaminated, with 151 having both internal and external contamination, 20 were seriously ill and five died. Large sections of topsoil had to be removed and several home demolished in the clean-up.

Imagine a similar scenario that involved a bomb to disperse the caesium-137 in a densely populated city such as London. This is why policymakers are concerned about dirty bombs.

To date, Russia has borne the brunt of dirty bomb threats.

The first dirty bomb attack was attempted in November 1995 by a group of Chechen terrorists.

A Russian TV station was informed that 10lb of dynamite had been buried with caesium-137 in Moscow’s Izmailovsky Park.

Thankfully, the bomb was never denoted. The caesium-137 was found exactly where the terrorists had told the TV station they had left it.

Neither the culprits nor the source of the caesium-137 were ever found. In many ways, it didn’t matter that the bomb had not exploded. The Chechen terrorists had successfully sown the seeds of fear in the minds of both the Russian population and the government.

In December 1998, a landmine attached to a container of radioactive material was found under a railway line 10 miles east of the Chechen capital of Grozny.

It is no surprise that a terror group such as ISIL, which has declared its intent to acquire weapons of mass destruction, would be eager to get its hands on enough radioactive material for a dirty bomb. After all, it is thought that ISIL has a robust biological and chemical weapons programme and has used the latter in Iraq and Syria. 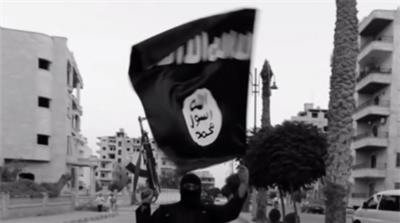 Impact of a dirty bomb

So could ISIL ever obtain material for a dirty bomb? Absolutely.

In an organisation such as ISIL, which allows even the young and vulnerable to become suicide bombers, the issue of safely handling the radioactive material or a dirty bomb would no longer be a problem.

This is why ISIL and radioactive material make such a deadly combination.

Thankfully, in the recent case of the missing Iridium-192 in Iraq, the radioactive material was found.

However, it is only a matter of time before terrorists employ a dirty bomb either on the streets of the West or in the towns of Syria.

Luke Coffey is a research fellow specialising in transatlantic and Eurasian security at a Washington DC-based think-tank. He previously served as a special adviser to the British defence secretary and was a commissioned officer in the United States Army.