Kurds: Pawns and Kings in Syria and Iraq?

The Kurdish issue is causing tensions within the US-led anti-ISIL coalition. 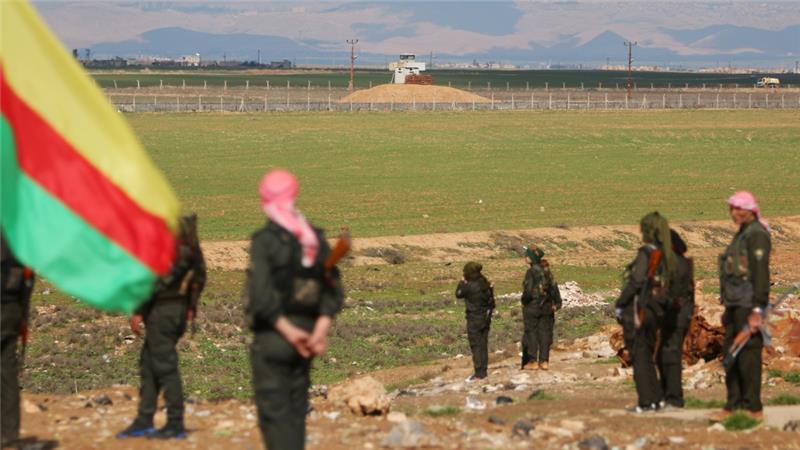 22 Feb 2016 – The conflicts in Iraq and Syria have enabled Kurdish forces in both countries to make significant territorial gains, with the help of weaponry and air support from various foreign powers. Besides the Iraqi government, the Kurds are the only party to the multi-layered conflicts in both countries that enjoys the support of key members from both coalitions.

The impetus behind Western military aid to Kurdish forces – besides long-standing close ties between the United States and Iraqi Kurdistan – is their reliability and organisation, making them effective against the Islamic State of Iraq and the Levant (ISIL).

More recent Russian support, particularly in the form of air strikes in Syria, stems from tensions between Moscow and Ankara sparked by the latter’s downing of a Russian warplane over Turkish airspace in November.

As such, the reasons for Russian support – and that of the Syrian regime – differ from those of the West in that they are meant to stick the Kurdish thorn deeper into Turkey’s side, and to nurture another allied ground force against Syrian rebels.

The strategy so far is proving effective on both counts. Syrian Kurds, having initially focused on fighting ISIL, are now making gains against rebel groups in the north of the country.

This has infuriated Turkey, which says that it will not accept Syrian Kurdish control of the border, but has backed off from initial threats of a ground intervention.

However, in their fervour to support Kurdish forces in Iraq and Syria, parties from both coalitions are overlooking two issues that have major regional as well as domestic implications.

The first is the catalogue of abuses, including war crimes, committed by those forces against civilians in captured territories, documented by Amnesty International, Human Rights Watch, the United Nations and other organisations.

The second issue, which has potentially wider ramifications, is that while parties supporting Kurdish forces insist on the territorial integrity of Syria and Iraq, that very support is emboldening separatist sentiments and actions among Kurds in both countries, who have expanded into hotly disputed territories and those beyond their traditional heartlands.

This is of great concern not just to Iraq and Syria, but also Iran and Turkey, which have sizable Kurdish minorities, and are wary of a domino effect should Syrian or Iraqi Kurds gain independence. Ankara’s concerns have been heightened in recent months by the resurgence of Kurdish militancy in Turkey.

Syrian Kurds in the oil-rich northeast have had de facto autonomy since the early days of the revolution against President Bashar al-Assad. They declared autonomy in November 2013, and again in January 2014.

This month, Masoud Barzani, president of Iraqi Kurdistan, reiterated a call for a referendum on independence that he initially made in July 2014.

“It’s the right of Kurdistan to achieve independence,” he said at the time. “From now on, we won’t hide that that’s our goal. Iraq is effectively partitioned now.”

The Kurdish issue is causing tensions within the US-led anti-ISIL coalition. US support for Syrian Kurdish forces has angered Turkey, a major regional ally and coalition member. Ankara, which earlier this month started shelling the same forces supported by Washington, on Sunday called on the US to give it unconditional support in this regard.

US backing of Syrian Kurdish forces has also angered rebel groups, including those directly backed by Washington.

US military support to Iraqi Kurds has caused unease in Baghdad – another major ally and coalition member – where there are suspicions that such aid may eventually be used in pursuit and defence of independence.

Moscow and Damascus see an immediate benefit in bolstering Syrian Kurdish forces. However, they may be creating a momentum that they will be unable to contain if Syrian Kurds cement or expand their autonomy, or press for independence. Rejection of either scenario is one thing that both the regime and opposition groups largely agree on. 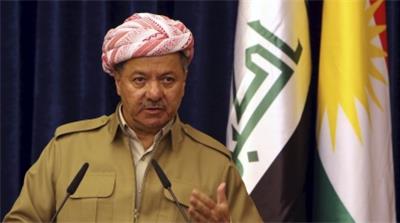 How will Syrian Kurdish forces square their partnership with Assad with his vow earlier this month to retake the whole country? Will they seek comfort from Moscow’s rebuke of this vow as “not in accord with the diplomatic efforts that Russia is making”?

Similarly, Barzani may be banking on America’s blessing for Iraqi Kurdish independence, but the US is highly unlikely to support a move that would so antagonise major allies in the region.

Heightened concerns over Kurdish nationalist ambitions, and the military support that may inadvertently realise them, may complicate and potentially hinder the fight against ISIL if the jihadist group is seen, or portrays itself, as a vanguard against those ambitions.

Just as the Kurds in Syria and Iraq have their agendas in seeking military support, so too do their benefactors in providing it. That both sides seem to be overlooking the divergences in these agendas for immediate gain is short-sighted, because such a strategy is simply putting off, and potentially aggravating, an almost inevitable clash of interests that could lead to direct conflict.

This regional game of chess being played in Syria and Iraq is all the more complex and dangerous because of the number of pieces that are both pawns and kings.

Sharif Nashashibi is an award-winning journalist and analyst on Arab affairs.