3 Mar 2016 – The chemical introduced by DuPont in 2009 to replace the surfactant PFOA causes many of the same health problems in lab tests that the original chemical did, including cancer and reproductive problems, according to documents obtained by The Intercept. PFOA, also known as C8, was a key ingredient in Teflon. 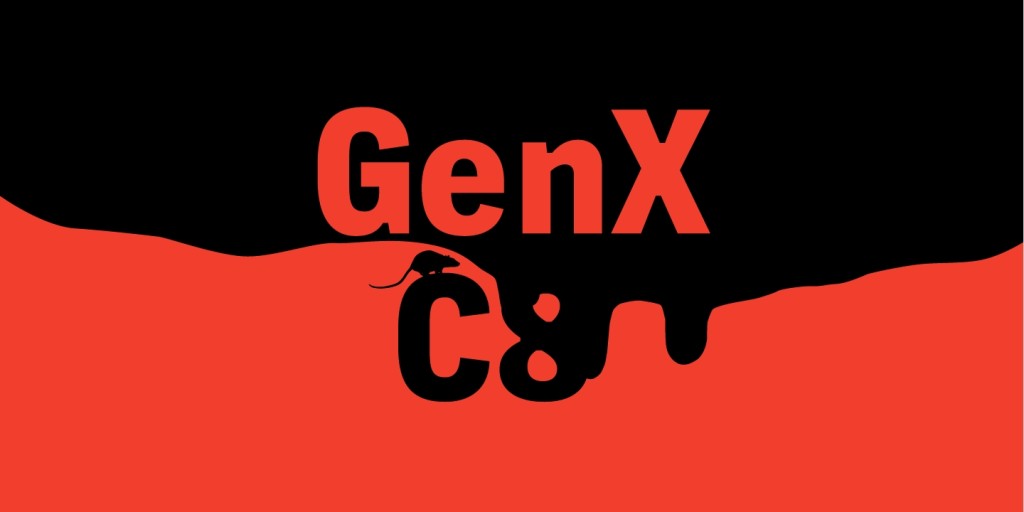 C8 was originally manufactured by 3M, then by DuPont, and was phased out after a massive class-action lawsuit revealed evidence of its health hazards. The new chemical, sold under the name GenX, is used to make Teflon and many other products. While touting GenX as having a “more favorable toxicological profile” than C8, DuPont filed 16 reports of “substantial risk of injury to health or the environment” about its new chemical. The reports, discovered in the course of an investigation by The Intercept, were filed under Section 8 (e) of the Toxic Substances Control Act (TSCA) and submitted to the EPA between April 2006 and January 2013. They cite numerous health effects in animals, including changes in the size and weight of animals’ livers and kidneys, alterations to their immune responses and cholesterol levels, weight gain, reproductive problems, and cancer.

“It’s the same constellation of effects you see with PFOA,” said Deborah Rice, a retired toxicologist who served as a senior risk assessor in the National Center for Environmental Assessment at the EPA. “There’s no way you can call this a safe substitute.”

In one experiment, rats given various amounts of GenX over two years developed cancerous tumors in the liver, pancreas, and testicles, according to a report DuPont submitted in January 2013. In addition to the cancers, some of the GenX-exposed rats in that experiment also developed benign tumors, as well as well as kidney disease, liver degeneration, and uterine polyps.

Satheesh Anand, a DuPont senior research toxicologist who signed the report, concluded that “these tumor findings are not considered relevant for human risk assessment.” Anand dismissed the significance of the results in part by emphasizing that the mechanism associated with the tumor formation in rats might not be the same in humans. DuPont scientists have long made the very same claim about C8 (as in this study from 2004), which caused testicular tumors in DuPont experiments on lab animals before it was linked to testicular cancer in exposed people.

Alan Ducatman, a physician who studies the health effects of perfluorinated chemicals such as C8 and GenX, characterized Anand’s claim as “a partial argument that could be interesting only to those who are not strongly following the literature.” Ducatman, who teaches environmental health sciences at the West Virginia University School of Public Health, is one of several researchers familiar with the health effects of C8 who reviewed the documents for The Intercept. He summarized DuPont’s interpretation of its own data as “cherry picking,” highlighting “species differences only when arguing that a problematic study finding is not relevant.”

DuPont’s reporting on the hazards of GenX “all has an eerie echo,” Ducatman wrote in an email to The Intercept. He noted that the reports show the chemical has the same trio of biological effects — on the liver, immunity, and the processing of fats — seen with similar chemicals, including C8. “This reminds me a lot of a path we have recently traveled. That journey is not ending well.”

Despite the fact that Section 8(e) reports are required only when companies have evidence that their product presents a substantial risk, the summaries of the experiments written by DuPont employees downplay most of their findings.

“There’s a lot of hand-waving sentences, ‘Yeah, this happened, but we don’t think it’s relevant,’” said Rice, the former EPA toxicologist. In one study conducted on rats and mice, for instance, male rats given any dose of GenX had changes in their cholesterol levels, and some also had changes in levels of two blood proteins. But the report, which like many of the others was labeled “Company Sanitized,” simply concluded that “these changes were of uncertain relationship to treatment and considered non-adverse.” It’s impossible for independent reviewers to evaluate these claims because the reports don’t include the data on which they’re based.

As The Intercept reported in August, DuPont scientists in the 1970s chose not to report abnormal liver test results in workers exposed to C8. In a 2004 deposition, the company’s medical director said that the company had not reported the findings because the liver changes weren’t proven to be problematic health effects related to the chemical. In its filings on GenX, DuPont scientists did report increases in the weights of kidneys and livers, and other changes in liver cells, in rats exposed to the chemical, but they again downplayed the results, saying that these changes were “not considered adverse,” according to a July 2010 letter signed by A. Michael Kaplan, DuPont’s former director of regulatory affairs.

Rice took issue with the judgment that such changes won’t cause problems in humans. “These are well-nourished, homogenous animals,” Rice said of the lab rats. “The human population isn’t like that. When you push these things around, you’re going to push some people into disease states.”

GenX also affected reproduction in lab animals, according to the reports. Rats exposed to higher amounts of the chemical were more likely to give birth early and have babies that weighed less. Another study showed that female rats exposed to GenX reached puberty later than the unexposed animals.

While the company also dismissed the significance of many of these effects in the summaries of its experiments, the findings are “suggestive of a reproductive effect,” said Laura Vandenberg, a reproductive biologist at the University of Massachusetts, Amherst. Vandenberg said that the tests described in the reports can’t fully show the extent of the chemical’s reproductive activity because they only look at the effects of very high doses of GenX.

“That might make sense if what we were worried about was whether this chemical maims or kills you outright,” said Vandenberg. “But that’s not what we’re seeing. People don’t cook on Teflon and drop dead. These are chemicals that interfere with normal biological functions at low doses and contribute to disease.” Because hormones act at low doses, “you have to study them at low doses.”

The DuPont studies estimated the lethal dose of GenX in rats as 7500 mg/kg. At such doses or higher, the animals “died within approximately 3 hours of dosing and exhibited discomfort, gasping and/or tonic convulsions prior to death,” according to one report submitted in 2006.

While all the scientists The Intercept asked to review the reports agreed that the issues they raised demanded multiple additional investigations, the EPA did not require any further testing of GenX.

Some of the reports reference a consent order for GenX, a document the EPA issued in 2009, which The Intercept obtained through a Freedom of Information Act request. That document lays out the agency’s many concerns about DuPont’s C8 replacement, including evidence that the chemical and its salt are toxic to lab animals and cause mutations in mammalian and human cells. The document also lays out concerns that the molecules “will persist in the environment, could bioaccumulate, and be toxic to people, wild mammals, and birds”; that “there is high concern for possible environmental effects over the long-term”; and that “EPA has human health concerns.”

Such orders are issued when the EPA requires more information in order to evaluate a new chemical’s safety. Although the DuPont studies show many significant findings and clearly raise questions about the health and developmental effects of GenX, the lack of a strong regulatory response to them isn’t unusual, according to one EPA official.

“A lot of them do just get filed away,” Vincent Cogliano, director of the Integrated Risk Information System at the EPA, acknowledged of studies industry submits to the agency.

The EPA has a number of options once it has evidence that a chemical is hazardous. The agency could use its statutory authority to regulate the chemical, setting limits on its use or even banning it and requiring companies to clean up contaminated areas. While the EPA has yet to take any of those actions on C8, which has been shown to be hazardous over the past decade, it has added that chemical to the list of substances regularly monitored in drinking water.

The EPA could also add GenX to that list, but such efforts are often met with resistance from industry. “Companies fight them,” Cogliano said, “and bring in other scientists who debunk the studies that show there are health hazards.”

For now, GenX is neither regulated nor tracked, even as Chemours (the chemical company spun off by DuPont in July 2015) produces the chemical and releases it into the environment in undisclosed amounts. Chemours declined to reveal production quantities for GenX, but said that emissions are 1 percent or less of the quantities used. Yet according to one of the hazard reports DuPont sent the EPA in March 2010, “The biodegradation of the test substance was 0%.” So GenX, like C8, is likely to be with us forever.

In response to inquiries from The Intercept, DuPont declined to comment, noting that GenX is now a product of Chemours.

Chemours responded with the following statement:

Chemours was created in July 2015 through the spin-off of the DuPont Performance Chemicals unit, which included the fluoropolymers business. Before this, in 2013, DuPont stopped making or using PFOA, replacing it with a new polymerization aid for use in the manufacture of fluoropolymers.

Extensive health safety testing was conducted on the new polymerization aid, and the data has been shared with regulatory agencies around the world as well as published in peer-reviewed scientific publications. The full body of testing data indicates that the polymerization aid can be used safely in the manufacture of fluoropolymers. It is rapidly eliminated from the body with low bioaccumulation potential. It has low acute toxicity in mammalian and aquatic testing, low repeated-dose toxicity in mammalian testing, and is not a skin sensitizer. Data suggests that it is not a developmental, reproductive, or genetic toxicant, or a human carcinogen. In addition, the new chemistry is used in conjunction with environmental exposure control technologies that reduce potential for environmental release and exposure.

Studies to evaluate chemical safety are designed to find health effects through the use of very high doses, in order to establish acceptable exposure limits with appropriate margins of safety. Therefore, finding such effects is important in effectively managing chemical safety. The level of potential worker or public exposure to this chemical is orders of magnitude below the levels at which any effects have been seen in our testing.

Regulatory authorities in the U.S., Europe, China, Japan and Taiwan have reviewed the testing data on our new polymerization aid and have given permission for its manufacture and use.