16 Mar 2016 – Compared to the political/economic rollercoaster in Brazil, House of Cards is kindergarten play.

Only three days after massive street demonstrations calling for the impeachment of President Dilma Rousseff, and less than two weeks after his legally dubious four-hour detention for questioning, former Brazilian President Lula is about to spectacularly re-enter the Brazilian government as a Minister, actually a Super-Minister.

This is Rousseff’s one and only chess move left amidst an unprecedented political/economic crisis. Predictably, she will be accused on all fronts – from comprador elites to Wall Street – of having abdicated in favor of Lula, while Lula will be accused of hiding from the two-year-old Car Wash corruption investigation.

Lula and his protégé Dilma had two make-or-break, face-to-face meetings in Brasilia, Tuesday evening and Wednesday morning, discussing the detailed terms of his re-entry. At first, Lula would only accept a post in government if he becomes Government Secretary – in charge of political articulation; he would then be part of the hardcore hub that really decides Brazilian policy.

But then, according to a government minister, who requested anonymity, surged the suggestion of Lula as Chief of Staff – the most important ministry post in Brazil.

What’s certain is that Lula is bound to become a sort of ‘Prime Minister’ – implying carte blanche to drastically change Dilma’s wobbly economic policy and forcefully reconnect with the Workers’ Party’s large social base, which is mired in deep distress under massive cuts in social spending. If Lula pulls it off – and that’s a major “if” – he will also be perfectly positioned as a presidential candidate for the 2018 Brazilian elections, to the despair of the right-wing media-old elite-economic complex.

Lula’s next role, institutionally, will combine coordinating measures to re-start Brazil’s growth while at the same time realigning the government’s base in Brazil’s notoriously corrupt Congress. He will be immune from the Car Wash investigation – but he can still be investigated by the Brazilian Supreme Court. 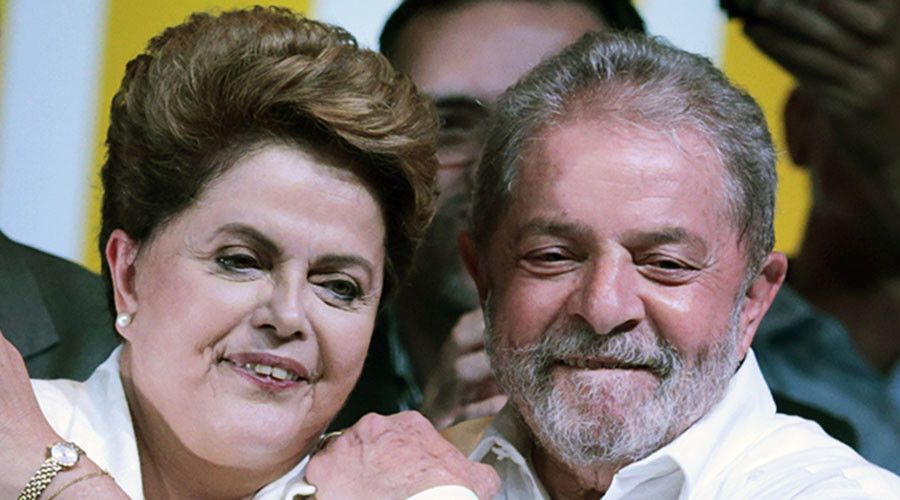 Lula’s task is nothing short of Sisyphean. How much political capital the former most admired politician in the world retains (Obama: “That’s the guy”) is open to serious questioning. Even a whiff of the prime ministerial possibility being floated early in the week was enough to plunge the Sao Paulo stock market and drive the US dollar up again. His fight with the Goddess of the Market will be classic High Noon.

Lula always privileged balanced budgets and the government’s credibility. For instance, as he ascended to power way back in 2003, he placed former BankBoston ace Henrique Meirelles at the Central Bank and immediately went for a fiscal adjustment, sanitizing expenses and taming inflation.

Lula is not against a fiscal adjustment per se – which Brazil badly needs; the problem is Dilma’s own, bumbled adjustment went really hardcore on the Brazilian working classes and lower middle classes, including a raid on unemployment insurance. Lula is essentially against the working classes being excessively punished – which will only depress the economy even further. The proof that what he did in 2003 was the right thing – and was part of a calculated long game – is that Brazil was growing at 7.5 percent a year in 2010.

A media beast as effective as Bill Clinton in his glory days, Lula will also switch to non-stop PR offensive – something that the Dilma administration simply does not master. When in power, he always explained his policies in layman’s terms, for instance exhorting people to go shopping and to use the credit his administration was providing. But these were the good old times; now it’s a toxic environment of no consumption, no investment, and no credit.

Still, Lula is bound to bring Meirelles – a Wall Street favorite – back to the Central Bank. Meirelles has already advanced deeply unpopular reforms are essential if Brazil wants to regain its competitiveness. 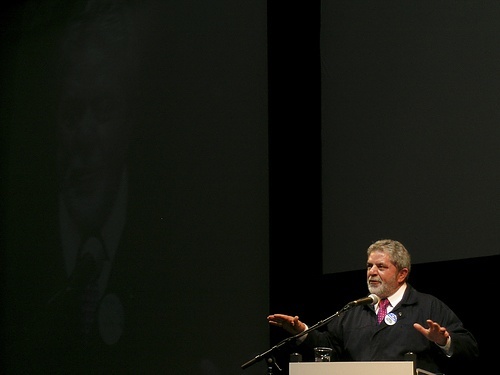 All eyes on the Supreme Court

The Lula game-changer is not about to turn the whole complex chessboard upside down; it will instead make it even more unpredictable. The hegemonic judicial-politico-media-old elite-economic complex was screaming for Rousseff’s impeachment as late as last weekend. Yet now nobody knows what post-impeachment Brazil would look like.

Under the current juncture, a Rousseff impeachment – who has not been formally accused on any wrongdoing – translates as a white coup. One of the first acts of ‘Prime Minister’ Lula, a master negotiator, as he seizes the chessboard, will be to offer a – what else – negotiated solution to the crisis, which will imply this administration stays on, including Vice President Temer, whose political party is the PMDB, currently allied with the Workers’ Party.

In parallel, the Brazilian Attorney General has already collected information on the notorious coke snorting loser of the last presidential elections, right-wing opposition leader Aecio Neves, who among other feats maintains an illegal bank account in Liechtenstein under his mother’s name. He’s bound to be fully investigated.

The attorney general – based on the former government leader in the Senate ratting out a smatter of notables – actually is gearing up to investigate a cast of thousands, from Lula and Dilma’s current Vice President Temer to Neves and the current Education Minister.

At the same time the heavily politicized, Hollywood-worthy Car Wash investigation will keep firing on all cylinders even as the chief targets – Rousseff impeached and Lula in chains – become more elusive. Their key strategy is clear; to intimidate virtually everybody. The federal prosecutors behind Car Wash want to blow up any possibility of a political agreement in Brasilia – even at the price of plunging Brazil into civil war mixed with further economic depression.

It’s also clear that without the Brazilian Supreme Court effectively policing the myriad excesses of the Car Wash investigation, there is zero possibility of Brazil emerging from its dire politico-economic crisis.

And all this while impeachment enters ‘Walking Dead mode’. Institutionally, an impeachment fast track could last only 45 days. That’s all the time Lula would have to sew up a grand bargain by proving to the PMDB party that the Rousseff administration has become economically viable.

Before the Lula game-changer, referring to the offensive against Lula, Dilma and the Workers’ Party, crack historian Paulo Alves de Lima told me, “We’re on the verge of a new stage of a rolling counter-revolution, of an even more restricted democracy, unbearably pregnant with arrogance and institutional violence. We’re closer to Pinochet, to the ideal state enshrined by Friedmanesque neoliberalism. We’re on the verge of mass fascism, which is a big novelty in Brazil.”

The Pinochet specter, of right-wingers seizing power just like in Brazil in 1964 and Chile in 1973, may be partially exorcized – for now. But make no mistake: the next few days are bound to be epic. Judge Moro, Car Wash’s Elliot Ness, allied with the Globo media empire, will go no holds barred to prevent any possibility of a political agreement in Brasilia brokered by Lula. Because this would mean Lula not only as Prime Minister, but as President – again – in 2018. Total war starts now.