At least 57 people were killed in the two attacks, and while the stories were reported by mainstream media, there was no round-the-clock coverage. 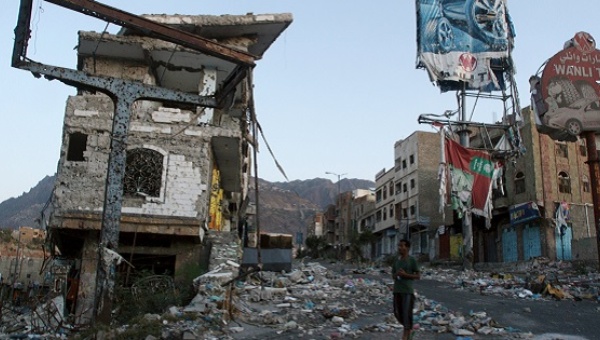 25 Mar 2016 – Suicide attacks killing scores of people in Iraq and Yemen in the last few days have revealed once again the fickle nature of Western sympathies, after the bloodbath failed to produce the massive outpouring of grief prompted by the Brussel attacks.

In Yemen on Friday the Islamic State group massacred at least 26 people, including soldiers and civilians, in three separate suicide bombs at a checkpoint.

The blasts coincided with the first anniversary of the start of the civil war in Yemen.

Al Jazeera reports that the death toll is expected to rise as casualties fight for their lives.

Also on Friday, the same terror group claimed responsibility for a suicide attack at a soccer game in a town south of the Iraqi capital Baghdad, killing at least 31 people.

More than 71 people were wounded in the explosion, as a large crowd had gathered to watch the game between local teams, sponsored by Asaib Ahl al-Haq, a militia which fights against Islamic State group.

In total, at least 57 people were killed in the two attacks, and while the stories were reported by mainstream media, there was no round-the-clock coverage or calls for international mourning.

Yet after the attack in Brussels, Belgium, on March 22, in which 34 people were killed by Islamic State group militants, a mass outpouring of public grief was encouraged by the mainstream media. On Facebook, users changed their profile pictures to the Belgium flag, while Twitter users expressed their solidarity as the hashtag #BrusselsAttacks trended worldwide.

Global Research released a report detailing a number of mass-killings in the Middle East, which garnered no public attention. The report shows that on March 20, 2016, 137 people were killed in terror attacks, with no public outcry. Likewise, two weeks ago in Baghdad, 47 died in blasts, and the attack barely made headlines.

When compared to the media reaction after attacks in Europe, the grim nature of Western sympathies becomes clear.