A Key Similarity between Snowden Leak and Panama Papers: Scandal Is What’s Been Legalized

4 Apr 2016 – From the start of the reporting based on Edward Snowden’s leaked document archive, government defenders insisted that no illegal behavior was revealed. That was always false: Multiple courts have now found the domestic metadata spying program in violation of the Constitution and relevant statutes and have issued similar rulings for other mass surveillance programs; numerous articles on NSA and GCHQ documented the targeting of people and groups for blatantly political or legally impermissible purposes; and the leak revealed that President Obama’s top national security official (still), James Clapper, blatantly lied when testifying before Congress about the NSA’s activities — a felony.

But illegality was never the crux of the scandal triggered by those NSA revelations. Instead, what was most shocking was what had been legalized: the secret construction of the largest system of suspicionless spying in human history. What was scandalous was not that most of this spying was against the law, but rather that the law — at least as applied and interpreted by the Justice Department and secret, one-sided FISA “courts” — now permitted the U.S. government and its partners to engage in mass surveillance of entire populations, including their own. As the ACLU’s Jameel Jaffer put it after the Washington Post’s publication of documents showing NSA analysts engaged in illegal spying: “The ‘non-compliance’ angle is important, but don’t get carried away. The deeper scandal is what’s legal, not what’s not.” 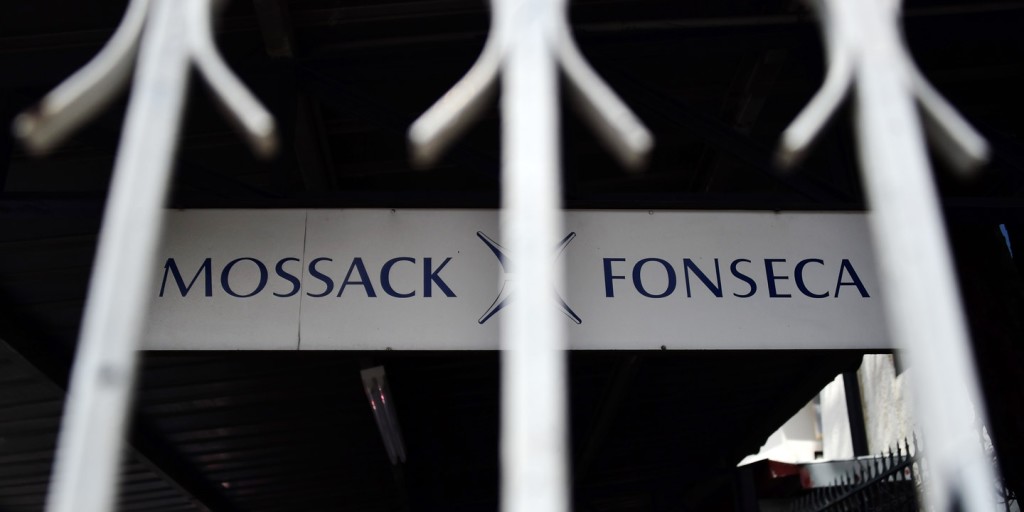 A sign outside the building of Panama-based law firm Mossack Fonseca in Panama City, April 4, 2016.

Yesterday, dozens of newspapers around the world reported on what they are calling the Panama Papers: a gargantuan leak of documents from a Panama-based law firm that specializes in creating offshore shell companies. The documents reveal billions of dollars being funneled to offshore tax havens by leading governmental and corporate officials in numerous countries (the U.S. was oddly missing from the initial reporting, though journalists vow that will change shortly).

Some of these documents undoubtedly reveal criminality: either monies that were illegally obtained (and are being hidden for that reason) or assets being concealed in order to criminally evade tax debts. But the crux of this activity — placing assets offshore in order to avoid incurring tax liability — has been legalized. That’s because Western democracies, along with overt tyrannies, are typically controlled by societies’ wealthiest, and laws are enacted to serve their interests. Vox’s Matt Yglesias this morning published a very good explainer of various aspects of this leak and he makes that point clear:

Even as the world’s wealthiest and most powerful nations have engaged in increasingly complex and intensive efforts at international cooperation to smooth the wheels of global commerce, they have willfully chosen to allow the wealthiest members of Western society to shield their financial assets from taxation (and in many cases divorce or bankruptcy settlement) by taking advantage of shell companies and tax havens.

If Panama or the Cayman Islands were acting to undermine the integrity of the global pharmaceutical patent system, the United States would stop them. But the political elite of powerful Western nations have not acted to stop relatively puny Caribbean nations from undermining the integrity of the global tax system — largely because Western economic elites don’t want them to. …

… But even though various criminal money-laundering schemes are the sexiest possible use of shell companies, the day-to-day tax dodging is what really pays the bills. As a manager of offshore bank accounts told me years ago, “People think of banking secrecy as all about terrorists and drug smugglers, but the truth is there are a lot of rich people who don’t want to pay taxes.” And the system persists because there are a lot of politicians in the West who don’t particularly want to make them. …

… Incorporating your hedge fund in a country with no corporate income tax even though all your fund’s employees and investors live in the United States is perfectly legal. So is, in most cases, setting up a Panamanian shell company to own and manage most of your family’s fortune.

Tax avoidance is an inevitable feature of any tax system, but the reason this particular form of avoidance grows and grows without bounds is that powerful politicians in powerful countries have chosen to let it happen. As the global economy has become more and more deeply integrated, powerful countries have created economic “rules of the road” that foreign countries and multinational corporations must follow in order to gain lucrative market access.

Proving that certain behavior is “legal” does not prove that it is ethical or just. That’s because corrupted political systems, by definition, often protect and legalize exactly the behavior that is most unjust. Vital journalism does not only expose law breaking. It also highlights how corrupted political and legal systems can be co-opted by the most powerful in order to legally sanction atrocious and destructive behavior that serves their interests, typically with little or no public awareness that it’s been done.

In such cases, as Jaffer put it, “The deeper scandal is what’s legal, not what’s not.” The key revelation is not the illegality of the specific behavior in question but rather the light shined on how our political systems function and for whose benefit they work. That was true of the Snowden leak, and it’s true of the Panama Papers as well.