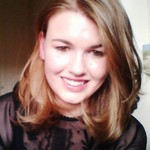 4 Apr 2016 – Birthdays are always a good time to take stock of one’s achievements, make some resolutions and contemplate the road ahead. So, with NATO turning sixty-seven today, perhaps it’s time for the military alliance to engage in some honest self-reflection.

The problem is, sometimes it’s just hard to let go. No one wants to admit their glory days are behind them. Everyone wants to feel they have a purpose, some grand vision yet to fulfill. When the time comes to hang up your hat, some bow out gracefully. Others need to be dragged kicking and screaming.

If Supreme Allied Commander General Philip Breedlove’s latest comments are anything to go by, the alliance won’t be performing a graceful exit any time soon. Instead, the 28-member bloc is simply recalibrating its efforts in an attempt to justify its existence and remain relevant.

‘Not a peace program, a war program’

Intending to provide collective security against the Soviet Union, the military alliance was founded on April 4, 1949 by 12 countries, led by the United States. The bloc would aim to prevent the spread of communism and promote American economic interests across the European continent. Once the Soviet Union collapsed and ceased to exist in December 1991, NATO was at a bit of a loose end. Instead of disbanding, the organization continued to usher in new members in bouts of expansion that were sure to provoke modern Russia.

As I have written before, there were those even at the time of the organization’s founding that foresaw such a situation emerging. US Senator Robert A. Taft — the son of President William Howard Taft — was one of them. Taft was outspoken in his misgivings about the appropriateness of such an alliance. He believed that a military bloc built on arming nations against the USSR could leave Moscow feeling “ringed” in and could lay the groundwork for another world war — even going so far as to say it is “not a peace program, it is a war program.” In a speech explaining his vote against the formation of the alliance, he asked: “How would we feel if Russia undertook to arm a country on our border; Mexico, for instance?”

For as long as it has existed, NATO has been geared primarily towards serving Washington’s geostrategic interests. It was then, as it is now, far more about creating vassal states in Europe that would do America’s bidding than it was about keeping them safe. The goal was to unite as many nations as possible under a pro-Washington umbrella which would rarely, if ever, question US foreign policy. 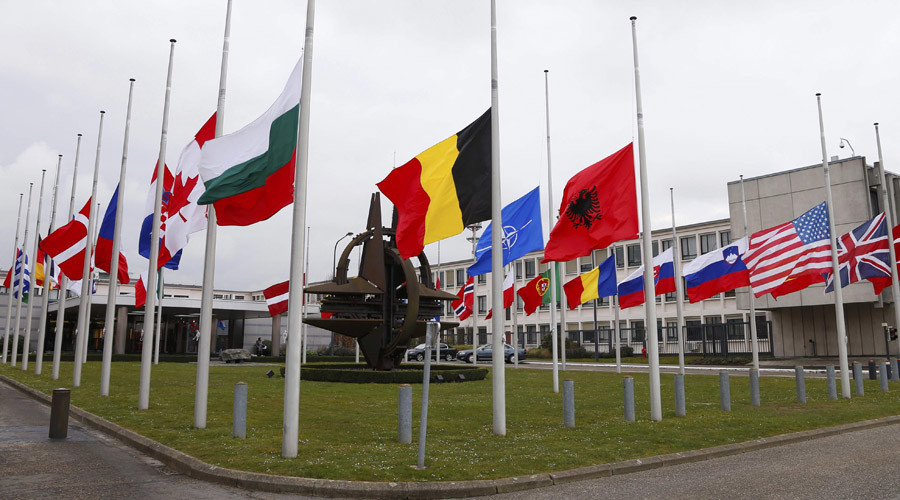 Despite the fact that its original adversary obviously no longer posed any threat to its member states, NATO could hardly just sit twiddling its thumbs, waiting for something to happen. It wouldn’t do to simply disband such a useful tool of political influence, so Washington needed to make it look useful. It needed to justify its existence.

Suddenly, the alliance was about to fall head over heels in love with “humanitarian” interventions. Or, as Noam Chomsky has put it, the NATO that emerged after 1991 was basically “a US-run intervention force”. More interesting though, was the fact that NATO’s interventions over the past two-and-a-half decades have actually had little to do with maintaining the security of its members, despite the fact that it claims its “essential purpose” is to “safeguard” their freedom and security. The “defensive” alliance, which is “committed to the peaceful resolution of disputes,” has simply acted as a front for US aggression on three different continents.

In one of NATO’s most recent displays of its commitment to peace, it called for the implementation of a no-fly zone in Libya and then proceeded to bomb the country — once the richest in Africa — back into the dark ages, leaving it a failed state. Under the guise of humanitarian intervention, NATO provided cover for a regime-change operation that Washington had been planning for decades.

During the 1990s, NATO intervened in the Yugoslav wars, which involved a disastrous attempt to implement a no-fly zone in Bosnia between 1993 and 1995 and a 78-day bombing campaign in Yugoslavia which reduced much of Belgrade’s infrastructure to rubble and killed hundreds of civilians. These conflicts posed no direct threat to NATO states, but the pretense was that of necessary “humanitarian” intervention. The reality, as ever, was about little more than shifting the political balance into Washington’s favor.

But none of that is enough. Washington can’t sell NATO as a peace-loving military organization that intervenes in external conflicts out of the goodness of its heart. Nobody would be much interested in joining that. There still must be a tangible, visible threat to the safety of member states. Enter a “resurgent and aggressive” Russia. NATO’s press office has gone into overdrive since 2013 hyping a Russian threat. Vladimir Putin has been on the verge of invading the Baltics for about two years now. That there is no evidence of any imminent threat to anyone is irrelevant; the idea is to keep repeating it until everyone believes there is.

Not content to let bygones be bygones and work in tandem with Moscow on crucial issues, differences aside, NATO has continued to exacerbate tensions. As one analyst noted, by expanding towards its border, NATO has “deliberately and recklessly posed a major threat to the security of the Russian Federation”. All the while, NATO has played the victim.

'The west will allow any transgression so long as the delinquent is an enemy of Putin and secures NATO interests' https://t.co/6Pudtd4lcf

A broken clock is right twice a day. US presidential candidate Donald Trump may be a bumbling fool, but in his latest assessment of NATO as “obsolete” he is absolutely correct.

Sixty-seven years after its founding, NATO exists for no good reason. Where threats don’t exist, it imagines them. Where tensions should be minimal, it heightens them. In the grander scheme of things, it serves the interests of only one of its members.

It’s time to call it a day.

Danielle Ryan is an Irish freelance journalist and media analyst. She has lived in the US and Germany and is currently based in Moscow. She previously worked as a digital desk reporter for the Sunday Business Post in Dublin. She studied political reporting at the Washington Center for Politics & Journalism in Washington, DC and also has a degree in business and German. She focuses on US foreign policy, US-Russia relations and media bias.