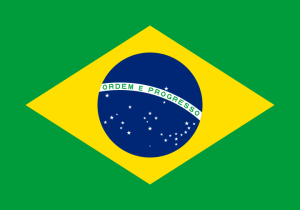 The mounting pressure for a change of government in Latin America’s largest country, independent of any popular vote, poses a serious threat to the working class. The dangers arise not merely out of the conspiracies of the right-wing politicians, judges, business lobbies and media conglomerates that are pushing for impeachment, but more fundamentally from the rapid intensification of the economic, social and political crisis gripping Brazilian capitalism and the absence of any genuine revolutionary leadership in the working class.

The impeachment process has developed in tandem with the now two-year-old Operation Car Wash (Lava Jato) investigation into a vast corruption scandal centered on bribes and kickbacks for inflated contracts with Petrobras, Brazil’s state-run energy conglomerate and the largest corporation in Latin America.

The investigation has uncovered not only the systemic corruption of the Workers Party, but the terminal rot of the entire bourgeois political setup in Brazil, with every party implicated together with all of the prominent politicians pursuing Rousseff’s impeachment. 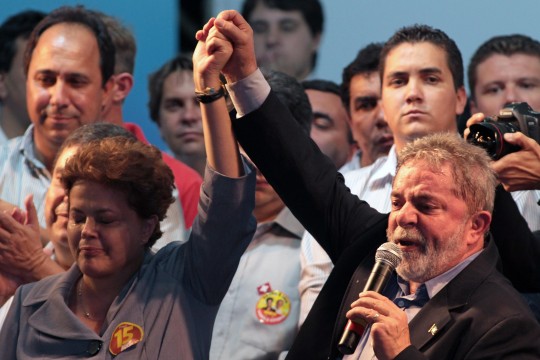 Lula and Dilma campaign together in the 2010 election.
Photo: Eraldo Peres/AP

Underlying this political breakdown is the deepest economic crisis in Brazil since the Great Depression of the 1930s. After a 3.8 percent contraction of the economy last year, the same or worse is predicted for 2016. Official unemployment has risen to 9.5 percent, with over 1.8 million jobs wiped out over the past year. Some two million unemployed Brazilian workers are expected to run out of their jobless benefits by June. And, for the first time in nearly a quarter of a century, real wages are in decline and social inequality is rising.

It is this objective crisis that has created the conditions in which sections of Brazil’s middle class have been whipped into a political frenzy of hatred for the PT and Rousseff. Mass pro-impeachment demonstrations have seen calls for the military to intervene and even appeals to Donald Trump to save Brazil. Fascistic assaults have been reported on people wearing red, the color associated with the PT, and others suspected of supporting the ruling party.

The turn to the right by these layers is rooted in their anger and disillusionment that the promise made by PT governments that Brazil had somehow escaped the effects of the global financial crisis and was on an irreversible path to “First World” capitalist development has turned to ashes. It is provided a scapegoat for the economic debacle in the PT, not only its corruption but its minimal assistance programs to Brazil’s poor, now seen as an intolerable diversion of wealth from the more privileged social layers.

With Rousseff’s approval rating having fallen below 10 percent, broad sections of the working class, confronting mass layoffs and falling wages, are also disgusted with the PT, a corrupt bourgeois party. With the aid of the CUT (Central Única dos Trabalhadores) union bureaucracy, the PT has masqueraded as the representative of the “people,” while tailoring its policies to the profit interests of Brazilian and international capital and the prescriptions of the IMF.

To the extent that Rousseff and her predecessor, Workers Party founder Luiz Inacio Lula da Silva, have been able to make any broader appeal against the drive to impeachment, it is because of disquiet among sections of the population over the extra-legal and patently politicized methods being utilized to bring down the government, as well as the fascistic moods being whipped up to further this aim.

Lula, as the former metalworkers union leader turned president is universally known, was himself on the receiving end of these methods, hauled out of his apartment in a pre-dawn raid by scores of police for an involuntary interrogation earlier this month.

Rousseff, Lula and various pseudo-left elements gravitating around the PT have begun to try to rally support by portraying the impeachment drive as a “coup,” drawing a direct comparison to the 1964 US-backed military overthrow of the government of President Joao Goulart, carried out precisely 52 years ago today.

While the dangers facing the working class from recent political developments are undeniable, this comparison is at best self-serving. Goulart was overthrown under conditions in which he was advocating bourgeois nationalist reforms. These included nationalization of the country’s oil refineries, controls forcing multinational companies to reinvest all profits in Brazil, a limited land reform and cuts to military spending, policies that earned him broad popular support as well as the enmity of the ruling oligarchy, the military and Washington.

Rousseff has responded to Brazil’s economic crisis with “fiscal adjustment” policies, placing the burden of the crisis on the backs of the working class. Her government recently passed anti-terrorism legislation granting it police-state powers against domestic opposition. Rousseff and the PT’s resistance to the alleged “coup” is not a struggle against the demands of capitalist reaction, but rather an insistence that her government can successfully achieve the aims of big business.

If today the predominant layers of both domestic and foreign capital are pushing for her impeachment, it is because they see a radical change in government as the means to dramatically accelerate reactionary capitalist policies already being pursued.

However, there is no unanimity in regards to the best way to achieve this policy. Elements of the ruling class, including on the right, have advocated that the best means for achieving an increase in the “competitiveness” of Brazilian capitalism through the driving down of labor costs is to bring back Lula, acting in concert with the union bureaucracy, to control and suppress any struggles of the working class. This option has been advanced by none other than Delfim Netto, the former finance minister of the military dictatorship in the 1960s, who was credited with creating the Brazilian “economic miracle” of that period based on similar methods enforced at gunpoint.

Responsibility for the dangerous crisis now confronting the Brazilian working class—whether the PT stays or goes—rests most directly with those who promoted the Workers Party as some new “democratic” instrument for realizing a uniquely Brazilian path to socialism. Established in the wake of the tumultuous student protests and mass workers strikes of the late 1970s that ultimately forced the military to surrender power, the PT was an instrument for containing and taming the struggles of the working class and blocking the construction of a mass revolutionary socialist party.

Organizations linked to revisionist tendencies that broke with the International Committee of the Fourth International, including those affiliated to the Pabloite United Secretariat, the followers of the Argentine Nahuel Moreno and the French revisionist Pierre Lambert played a key part in promoting the PT. Today, they all continue to play a politically reactionary role in the face of the current crisis.

The Morenoite PSTU (United Socialist Workers Party) has responded to the impeachment drive with the slogan “Fora Todos,” or “Throw them all out” and the call for a new general election, which is essentially an adaptation to the right-wing demonstrations of the upper middle class. Its adaptation to the right in Brazil is in sync with its international policy, which mirrors that of similar tendencies in Western Europe and North America in the hailing of CIA-orchestrated wars for regime-change and right-wing coups, from Libya to Syria and Ukraine, as “revolutions.” In its casual dismissal of any talk of a “coup,” the PSTU seeks to lull the working class over the real threats that it faces.

Taking a seemingly opposite position is Democracia Socialista, the erstwhile Brazilian section of the Pabloite United Secretariat, which has remained inside the PT, with its most prominent leader, Miguel Rossetto, now serving as labor minister and a major spokesman for the Rousseff government. Warning of a repeat of the 1964 coup, it calls for “the unity of broad sectors in defense of democracy” and a “return to the [PT] election program of 2014.” This means a subordination of the working class to bourgeois parties and politicians, and the recycling of the false promises that were immediately abandoned in favor of austerity measures as soon as the voting is over.

The reality is that democratic rights, as well as jobs, living standards and social conditions, can be defended only by mobilizing the working class in a politically independent struggle against both the PT government and its bourgeois opponents, based on a socialist and internationalist program. This requires a thoroughgoing assimilation of the lessons of the betrayal carried out by the PT and its pseudo-left enablers and the building of a new revolutionary party of the working class as a Brazilian section of the International Committee of the Fourth International.