Defying the Spies: Free Thought as Resistance in the Age of Surveillance 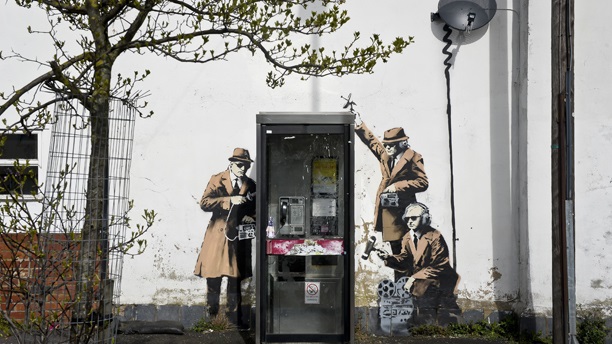 3 May 2016 – Now that it is common knowledge that the US government has been spying on millions of people’s everyday communications and online activity in the US, Europe and beyond, how has that fact shaped the way people talk, think, communicate and even dream? Power and fear extend itself in unexpected and fluid ways; people may now, without even knowing it, shape their words differently knowing that the government may be listening.

Indeed, a brand new study from Oxford provides empirical evidence to prove that the very fact that the surveillance state exists spreads conformity and subservience. The study examines how, following whistleblower Edward Snowden’s revelations in 2013 about US government spying, there was “a 20 percent decline in page views on Wikipedia articles related to terrorism, including those that mentioned ‘al Qaeda,’ ‘car bomb’ or ‘Taliban.’”

The Oxford study’s author Jon Penney states in the report, “If people are spooked or deterred from learning about important policy matters like terrorism and national security, this is a real threat to proper democratic debate.”

The implications of the report are far-reaching, pointing toward the surveillance state’s grave threats on people’s right to privacy.

Investigative journalist Glenn Greenwald, with Snowden’s critical support, has worked tirelessly to shed light on the nature and extent of the US surveillance networks worldwide.

In a 2014 TED talk, Greenwald spoke of the right to privacy: “Essential to what it means to be a free and fulfilled human being is to have a place that we can go and be free of the judgmental eyes of other people.” Such a right has long been under assault by Washington’s all-seeing eyes.

The self-censorship bred by US spying evokes the Panopticon, a model for prisons designed by Jeremy Bentham in the late 18th century allowing for constant surveillance in order to force obedience.

The Panopticon, Greenwald writes, showed that “behaviors of large groups of people can be effectively controlled through architectural structures that make it possible for them to be watched at any given movement even though they can never know if they are, in fact, being monitored, thus forcing them to act as if they always are being watched.”

In this way, the US government can sanction dreams and construct consent. This isn’t just about controlling “subversive” behavior and speech. It’s about how natural creativity and freedom of thought may be shaped by awareness, imagined or real, of state spying.

A general perception of the all-seeing state, and the fear and consent it invokes, can transform society. Therefore, somehow dreaming, speaking, acting, creating freely and autonomously outside of this influence is a kind of resistance.

Benjamin Dangl is the editor of TowardFreedom.com and a doctoral candidate in history at McGill University.