Middle East – The Mother of All Humanitarian Crises

16 May 2016 – When, in March 2015, delegates from the Middle East met in Amman for their regional consultations round in preparation for the May 23-24 World Humanitarian Summit in Istanbul, most likely what they had in mind is the fact that their region was –and still is– the dramatic set of “the mother of all humanitarian crises.”

Nevertheless, as a sort of reminder, the United Nations told them again: “millions of people, from Libya to Palestine, from Yemen to Syria and Iraq, have had their lives completely overturned by violence.”

They were also reminded that the huge numbers of people affected by conflict, violence and displacement did little to convey the real trauma experienced. 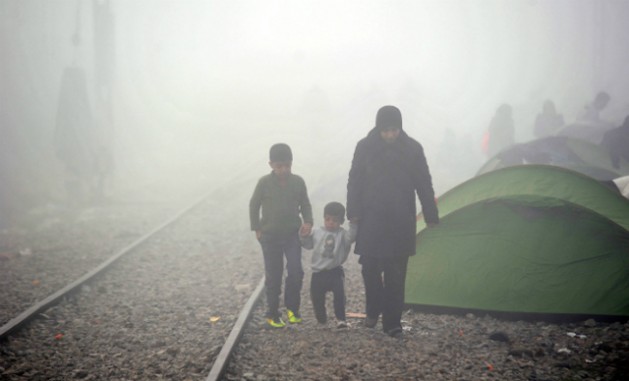 In March 2016, a mother walks though misty weather with her two sons along train tracks in Idomeni, Greece. Credit: ©UNICEF/UN012794/Georgie

The United Nations reported “more people are displaced by conflict than at any time since 1945.” Figures are self-explanatory. There are currently an estimated total of 60 million forcibly displaced people –either at home or abroad— across the globe. 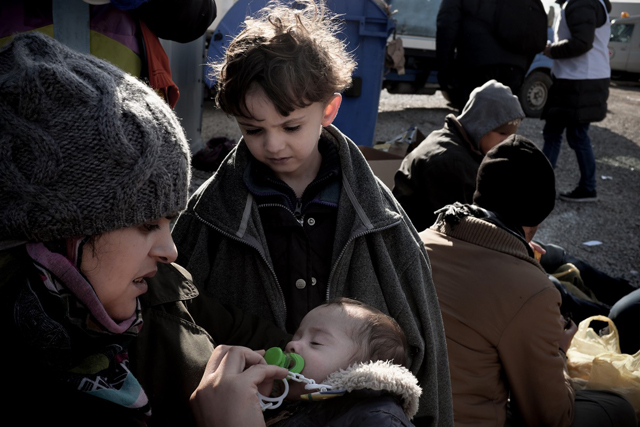 Born into conflict: Every two seconds, a child takes his or her first breath in a conflict zone. Credit: © UNICEF/UN04038/Gilbertson VII

In other words—the Middle East is both the origin of and/or home to 1 in 3 refugees and displaced persons in the whole world.

The data go much further when it comes to the so-called “Greater Middle East”, which also include armed conflicts in Afghanistan and Pakistan. The extended region would be in this case origin and home to additional 10 million refugees and displaced persons, this making nearly half of their total numbers all over the planet.

The Ire of Nature

But not only wars and conflicts hit the Middle East–natural disasters do more damage, last longer, and in many places recur before people have even had a chance to recover, according to the United Nations.

So, while all the above is a consequence of armed conflicts, there are other dramatic facts the make of the Middle East ‘the mother of all humanitarian crises’.

In short, a whole region of nearly 400 million people is already victim of man-made disasters, be these wars and violence or simply the expected response of nature.

The Istanbul World Humanitarian Summit will focus on five key areas: to prevent and end conflict; to respect the rules of war; to leave no one behind; to work differently to end need, and to invest in humanity.

When announcing the Summit, top UN officials, headed by the secretary general Ban Ki-moon, have repeatedly warned that the world is living the worst ever-humanitarian crisis since World War II.

Herve Verhoosel, spokesperson of the World Humanitarian Summit, recently wrote in IPS “We have arrived at the point of no return. At this very moment the world is witnessing the highest level of humanitarian needs since World War Two.”

“We are experiencing a human catastrophe on a titanic scale: 125 million in dire need of assistance, over 60 million people forcibly displaced, and 218 million people affected by disasters each year for the past two decades,” Verhoosel said.

This makes a total of 400 million victims, the equivalent to some 80 per cent of the entire European population.

Verhoosel gave specific figures: more than 20 billion dollars are needed to aid the 37 countries currently affected by disasters and conflicts.

“Unless immediate action is taken, 62 percent of the global population– nearly two-thirds of all of us- could be living in what is classified as fragile situations by 2030. Time and time again we heard that our world is at a tipping point. Today these words are truer than ever before.”

The situation has hit home, Verhoosel said. “We are slowly understanding that none of us is immune to the ripple effects of armed conflicts and natural disasters. We’re coming face to face with refugees from war-torn nations and witnessing first-hand the consequences of global warming in our own backyards.”