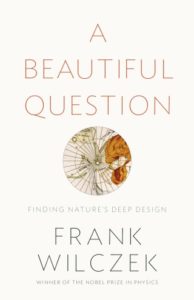 “The truth is, we know so little about life, we don’t really know what the good news is and what the bad news is,” Kurt Vonnegut lamented in his terrific lecture on storytelling. But one of life’s greatest confusions stems from our tendency to divide the world into such polarities in the first place — something Susan Sontag considered an immensely limiting impulse. When confronted with the world’s complexity, we default into navigating it by creating artificial binaries, perceiving contradiction where they might in fact only be complementarity. Cheryl Strayed captured this perfectly: “Two things can be true at once — even opposing truths.” Then there is, always, Whitman: “Do I contradict myself? / Very well then I contradict myself, / (I am large, I contain multitudes.)”

In A Beautiful Question: Finding Nature’s Deep Design (public library), Nobel-winning physicist Frank Wilczek considers this paradoxical notion of complementarity not only as raw material for the philosophical and the poetic but as one of the four cornerstones of modern physics, alongside relativity, symmetry, and invariance. 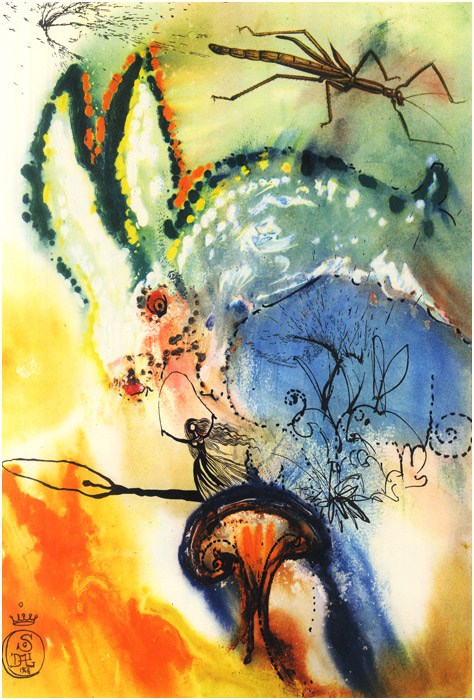 Complementarity — the idea that two different ways of regarding reality can both be true, but not at the same time, so in order to describe reality we must choose between the two because the internal validity and coherence of one would interfere with that of the other — is a centerpiece of quantum theory. Wilczek points to one familiar example — the fact that light is neither inherently a particle nor inherently a wave, but can be either depending on how we measure it.

True knowledge, Wilczek intimates, progresses not toward simplifying our answers but toward improving our questioning mechanisms to better address complexity — Newton fancied the idea that light was a particle but was also curious about alternatives; a century and a half later, Maxwell ushered in electromagnetism and rendered wave theory victorious; when quantum mechanics came into bloom three generations later, scientists pointed to the photon, an elementary particle, as the ultimate quantum of light. Wilczek writes:

Particle and wave offer complementary perspectives on the reality of light. Newton’s practice of keeping many alternatives in play, while refusing to put forward any one Hypothesis exclusively, anticipates modern complementarity. 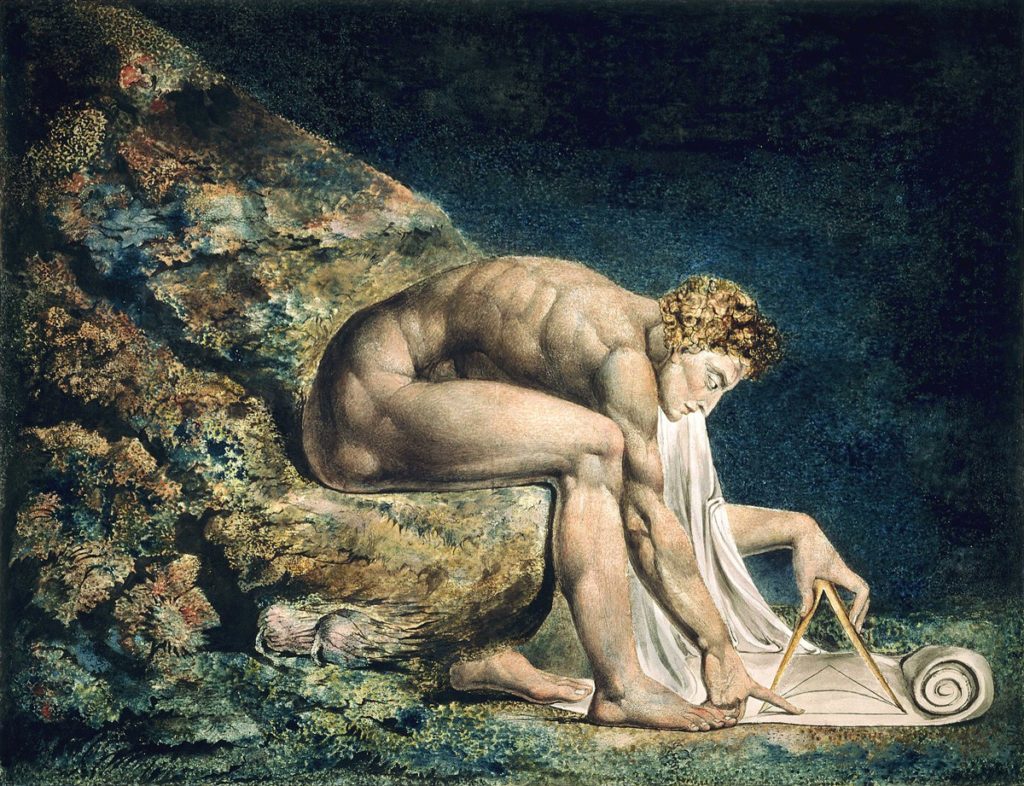 But between Newton and modernity stood the Romantic era, in which artists rebelled against scientific reductionism and what they perceived to be its assault on complementarity. Wilczek points to one particularly resplendent example involving Newton himself:

William Blake protested against reductionism’s blinkered vision. In this depiction of Isaac Newton at work, Blake’s conflicted feelings for his subject are on display. His Newton is a figure of extraordinary concentration and purpose, not to mention superhuman anatomy. On the other hand, he is shown looking down, lost in abstractions having literally turned his back on the strange, colorful landscape. Yet Blake admitted (as did Keats) that mathematical order governs the world. In Blake’s complex mythology Urizen, depicted here, is a dualistic Father figure, who both brings life and constrains it. One can hardly fail to notice a certain resemblance to the preceding drawing. Is Newton Urizen’s interpreter, or his incarnation? 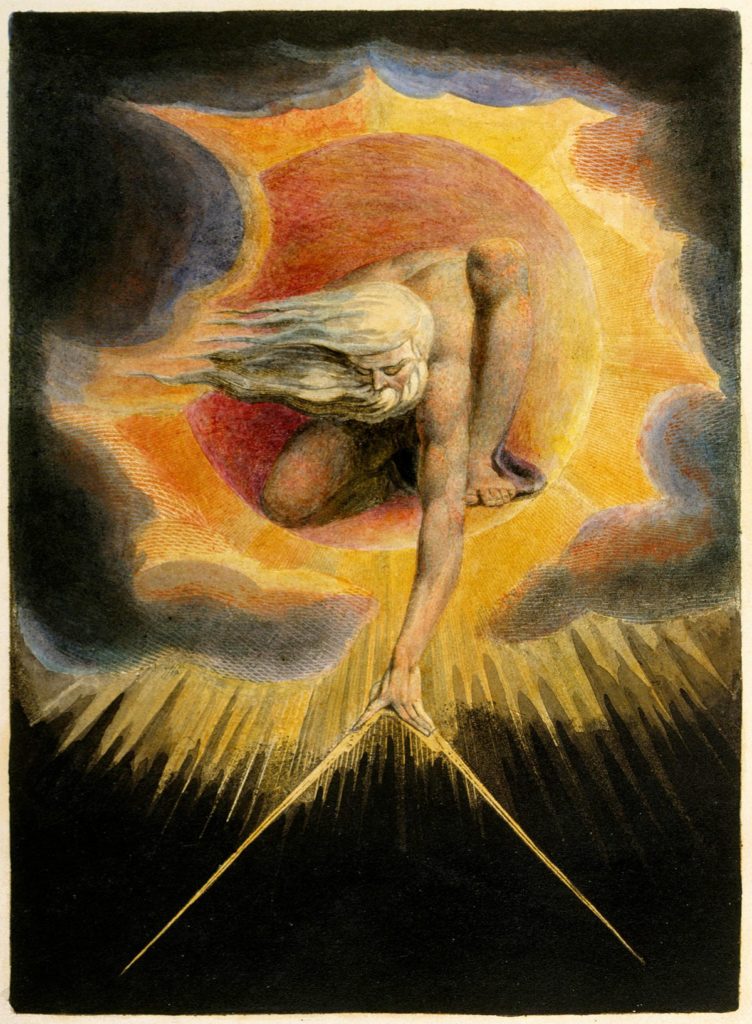 The Ancient of Days, William Blake’s depiction of Urizen (1794)

Indeed, although rooted in physics, complementarity’s central proposition extends into the metaphysical — a dimension that goes all the way back to quantum theory pioneer Niels Bohr, who originated the complementarity principle. Wilczek writes:

[Bohr] was fond of a concept he called “deep truth.” It exemplifies Ludwig Wittgenstein’s proposal that all of philosophy can, and probably should, be conveyed in the form of jokes. According to Bohr, ordinary propositions are exhausted by their literal meaning, and ordinarily the opposite of a truth is a falsehood. Deep propositions, however, have meaning that goes beneath their surface. You can recognize a deep truth by the feature that its opposite is also a deep truth.

Bohr was so enchanted by complementarity and its manifestations beyond science that he became fascinated with the unified duality of yin-yang in the Eastern philosophy — so fascinated that he placed the yin-yang symbol in the middle of the coat of arms he designed for himself, under the banner Contraria sunt complementa [Opposites Are Complementary]. 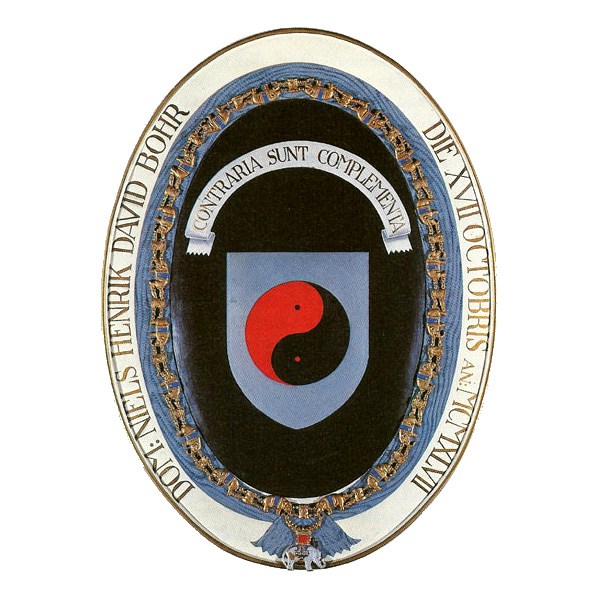 From his immersion in the quantum world, where contradiction and truth are near neighbors, Niels Bohr drew the lesson of complementarity: No one perspective exhausts reality, and different perspectives may be valuable, yet mutually exclusive. The yin-yang sign is an appropriate symbol for complementarity, and was adopted as such by Niels Bohr. Its two aspects are equal, but different; each contains, and is contained within, the other. Perhaps not coincidentally, Niels Bohr was very happily married. Once recognized, complementarity is a wisdom we rediscover, and confirm, both in the physical world and beyond.

(Although Wilczek’s remark about marriage is a facetious wink, the poet Mary Oliver has written beautifully about the vitalizing role of complementarity in love.)

Wilczek synthesizes the larger truth to which complementarity speaks:

To address different questions, we must process information in different ways. In important examples, those methods of processing prove to be mutually incompatible. Thus no one approach, however clever, can provide answers to all possible questions. To do full justice to reality, we must engage it from different perspectives. That is the philosophical principle of complementarity. It is a lesson in humility that quantum theory forces to our attention… Complementarity is both a feature of physical reality and a lesson in wisdom.

Complement the wholly magnificent A Beautiful Question with Simone Weil on how quantum theory changed science and society and Alice in Quantumland — an allegory of quantum mechanics inspired by the Lewis Carroll classic — then treat yourself to Wilczek’s enchanting On Being conversation with Krista Tippett:

You have to view the world in different ways to do it justice, and the different ways can each be very rich, can each be internally consistent, can each have its own language and rules. But they may be mutually incompatible — and to do full justice to reality, you have to take both of them into account.