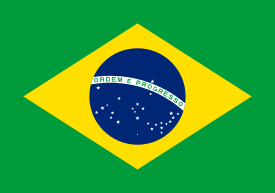 17 Jun 2016 – With the surfacing Wednesday [15 Jun] of charges that Brazil’s interim president, Michel Temer, solicited bribes in return for contracts with the state-run oil conglomerate Petrobras, the right-wing regime installed through the drive to impeach Workers Party (PT) President Dilma Rousseff has been thrown into deeper crisis.

Brazil’s major corporate media outlets did their best to bury the bombshell accusation. It was made by Sergio Machado, a former executive in charge of the Petrobras Transporte, a subsidiary of the energy giant, who said in a plea bargain that in 2012 Temer had asked him to arrange a political donation from a private contractor as a kickback for being awarded a contract.

The right-wing Globo media corporation, for example, headlined its article “Sergio Machado says he handed over bribes to more than 20 politicians,” leaving any mention of Temer to the fifth paragraph. Others gave prominence to Temer’s denunciation of Machado’s charges as “irresponsible, frivolous, lying and criminal.”

The coverage reflects extreme nervousness within Brazil’s ruling circles that the regime change operation, begun with the impeachment proceedings against Rousseff on trumped-up charges of budgetary manipulations, is threatening to come undone and create a full-blown crisis of rule for the corrupt and crisis-ridden Brazilian capitalist state.

Machado, a former senator, was a member of the Brazilian Democratic Movement Party (PMDB), which was headed by Temer, who before last month’s Senate vote to initiate the impeachment was vice president. As part of the plea-bargaining deal with prosecutors in the so-called Lava Jato (Car Wash) investigation, he named 24 politicians in addition to Temer, who he said had participated in the massive bribes for contracts operation at Petrobras. The parties involved, in addition to the PT and PMDB, ranged from the extreme right-wing Democrats (DEM) to the ex-Maoist Communist Party of Brazil (PCdoB). The plea bargain documents were made public on Wednesday.

The accusations of Machado, which could potentially lead to the arrest of Brazil’s interim president, come on top of earlier revelations, also from the ex-Petrobras executive’s plea bargain deal, which led to the forced resignation of two members of the cabinet Temer formed after the wholesale sacking of Rousseff’s ministers and top officials.

Romero Jucá, also of the PMDB, was forced to step down as economic planning minister after he was caught on tape discussing the prospect that Rousseff’s ouster could scuttle the Petrobras corruption probe and save the skins of leading politicians. Similarly, Fabiano Silveira, briefly installed as minister of transparency and control—with the ostensible job of fighting corruption—was compelled to quit after being taped advising the president of the Senate, Renan Calheiros, on how to stonewall corruption investigations directed against him.

On Thursday a third member of the cabinet fell over the Machado revelations. Minister of Tourism Henrique Eduardo Alves, also a PMDB member who had occupied the same post under Rousseff, resigned after it was reported that he had received some US$455,000 in bribe money between 2008 and 2014.

Temer declared in response to the charges against him, “Nothing will prevent us from continuing our work for Brazil and the Brazilian people.” By this he meant the anti-working class measures that Brazilian and foreign capital are demanding and for which he was brought into office via the impeachment conspiracy.

While, thus far, this has consisted largely of closing down government ministries and slashing federal jobs, the supposedly interim government is preparing more sweeping measures to more or less permanently freeze public spending and radically “reform” the rights of Brazilians to social security, health care and education.

Rousseff and the PT itself had already begun to implement austerity programs and had sought to stave off impeachment by currying favor with the Brazilian right and trying to convince the ruling elite that the Workers Party was better able to continue these attacks, while guaranteeing “governability” through its subordination of the unions and the so-called social movements to its right-wing agenda.

Temer’s advisers reportedly convinced him to cancel a speech to the nation that had been scheduled for Friday night.

Further deepening the crisis of the government that has replaced Rousseff, a congressional committee voted to oust the speaker of the lower house, Eduardo Cunha, from his seat over corruption charges, paving the way to his being arrested and prosecuted in the lower courts.

Cunha, a right-wing Christian fundamentalist radio broadcaster and member of the PMDB, was the leading architect of the Rousseff impeachment. He has been formally charged by prosecutors with receiving some $5 million in bribes connected to contracts for the building of two Petrobras drilling ships. He was found guilty by the congressional ethics panel of lying about squirreling the money away in secret Swiss bank accounts. The decision must still be confirmed by the entire lower house, which would strip him of his congressional immunity. The Supreme Court had already suspended him last month for using his position to obstruct justice.

Cunha has made it clear that if he is thrown out of the congress and placed on trial, he intends to take a large number of other politicians down with him. Given the immense political influence that he wielded in Brasilia, a plea bargain by the congressional leader could prove infinitely more damaging than that of Machado.

In the meantime, Rousseff and the PT have signaled that they are prepared to call for a popular referendum on an early presidential election as a tactical measure aimed at peeling off a sufficient number of senators to preclude the two-thirds majority needed to permanently remove her from office.

Under this scheme, while she would be returned to office, a new election would be held at the end of 2016 or beginning of 2017, rather than at the end of her term in October 2018. The PT calculates that it could run former Workers Party President Luiz Inacio Lula da Silva, who, while widely discredited and facing possible criminal corruption charges, remains the least unpopular (with a 22 percent approval rating) among Brazil’s universally hated bourgeois politicians.

Significantly, Brazil’s pseudo lefts, from elements like the Morenoite PSTU (Unified Socialist Workers Party), which adapted itself to the right-wing impeachment drive by advancing the slogan “out with all of them,” to the Pabloites inside the PSOL, which subordinated itself to the PT, are now taking up the demand for a new election.

Under the present conditions, and in the absence of any mass party representing the Brazilian working class, such a demand for a quick election can only serve to legitimize either a return to office of the corrupt capitalist government of the PT or the consolidation of power by its right-wing opponents.

What all of them oppose is any struggle to forge the genuine political independence of the Brazilian working class in preparation for a revolutionary struggle to put an end to capitalism.