Why the UK Said Bye Bye to the EU

So what started as a gamble by David Cameron on an outlet for domestic British discontent, to be used as a lever to bargain with Brussels for a few more favors, has metastasized into an astonishing political earthquake about the dis-integration of the European Union.

24 Jun 2016 – The irrepressibly mediocre Donald Tusk, president of the European Council, posing as a “historian”, had warned that Brexit, “could be the beginning of the destruction of not only the EU but Western political civilization in its entirety”.

That’s foolish. Brexit proved that it’s immigration, stupid. And once again, it’s the economy, stupid (although the British neoliberal establishment never paid attention). But serious bets can be made the EU system in Brussels won’t learn anything from the shock therapy – and won’t reform itself. There will be rationalizations that after all the UK was always classically whiny, obtrusive and demanding special privileges when dealing with the EU. As for “Western political civilization”, what will end – and this is a big thing — is the special transatlantic relationship between the US and the EU with Britain as an American Trojan Horse.

So of course this all goes monumentally beyond a mere match between a hopelessly miscalculating Cameron, now fallen on his sword, and the recklessly ambitious court jester Boris Johnson – a Donald Trump with better vocabulary and speech patterns.

So of course this all goes monumentally beyond a mere match between a hopelessly miscalculating Cameron, now fallen on his sword, and the recklessly ambitious court jester Boris Johnson – a Donald Trump with better vocabulary and speech patterns. 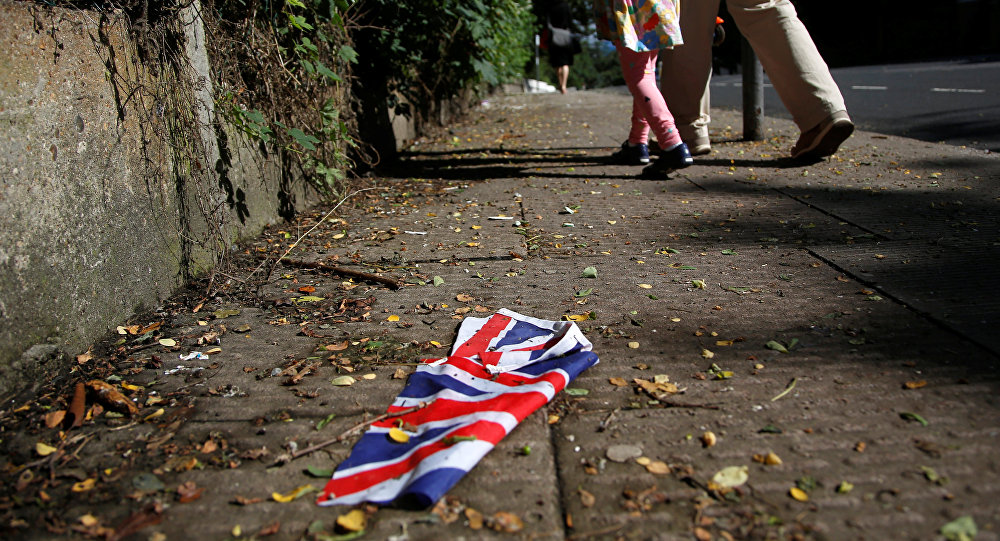 Scotland, predictably, voted Remain, and may probably hold a new referendum — and leave the UK — rather than be dragged out by white working class English votes. Sinn Fein already wants a vote on united Ireland. Denmark, the Netherlands and even Poland and Hungary will want special status inside the EU, or else. Across Europe, the extreme right stampede is on. Marine Le Pen wants a French referendum. Geert Wilders wants a Dutch referendum. As for the vast majority of British under-25s who voted Remain, they may be contemplating one-way tickets not to the continent, but beyond.

Show me the people

Anglo-French historian Robert Tombs has remarked that when Europeans talk about history they refer to the Roman Empire, the Renaissance and the Enlightenment. Great Britain is somewhat overlooked. In reciprocity, quite a few Britons still consider Europe an entity that should be kept at a safe distance.

To compound the problem, this is not a “Europe of peoples”. Brussels absolutely detests European public opinion, and the system exhibits an iron resistance to reform. This current EU project that ultimately aims at a federation, modeled on the US, does not cut it in most of Britain. Arguably this is one of the key reasons behind Brexit – which for its part has already disunited the kingdom and may eventually downgrade it into a tiny trading post on the edge of Europe.

Lacking a “European people”, the Brussels system could not but be articulated as a Kafkaesque, unelected bureaucracy. Moreover, the representatives of this people-deprived Europe in Brussels actually defend what they consider to be their national interest, and not the “European” interest.

Brexit though does not mean Britain will be free from the dictates of the European Commission (EC). The EC does propose policy, but nothing can be followed through without decisions from the European Parliament and the Council of Ministers, which group representatives of all elected governments of member states.

Arguably Remain, in the best possible case, would have led to some soul-searching in Brussels, and a wake-up call, translating into a more flexible monetary policy; a push to contain immigration inside African borders; and more opening towards Russia. The UK would remain in Europe giving more weight to countries outside the eurozone while Germany would concentrate on the 19-member eurozone nations.

So Remain would have led to the UK increasing its politico-economic weight in Brussels while Germany would be more open to moderate growth (instead of austerity). Although Britain arguably would wince at the notion of a future eurozone Treasure Minister, a European FBI and a European Minister of the Interior, in fact the whole notion of a complete economic and monetary union.

The UK not only will lose duty-free access to the EU’s single market of 500 million people; it will have to renegotiate every single trade deal with the rest of the world since all of them have been EU-negotiated. French economy minister and presidential hopeful Emmanuel Macron has already warned that, “if the UK wants a commercial access treaty to the European market, the British must contribute to the European budget like the Norwegians and the Swiss do. If London doesn’t want that, then it must be a total exit.” Britain will be locked out of the single market – to which over 50% of its exports go — unless it pays almost all that it currently pays. Moreover, London must still accept freedom of movement, as in European immigration.

The City gets a black eye

The City of London, predictably, voted Remain by over 75%.  An overwhelming $2.7 trillion is traded every day in the “square mile”, which employs almost 400,000 people. And it’s not only the square mile, as the City now also includes Canary Wharf (HQ of quite a few big banks) and Mayfair (privileged hang out of hedge funds).

The City of London – the undisputed financial capital of Europe — also manages a whopping $1.65 trillion of client assets, wealth literally from all over the planet. In Treasure Islands, Nicholas Shaxson argues, “financial services companies have flocked to London because it lets them do what they cannot do at home”.

Unbridled deregulation coupled with unrivalled influence on the global economic system amount to a toxic mix. So Brexit may also be interpreted as a vote against corruption permeating England’s most lucrative industry.

Things will change. Drastically. There will be no more “passporting”, by which banks can sell products for all 28 EU members, accessing a $19 trillion integrated economy. All it takes is a HQ in London and a few satellite mini-offices. Passporting will be up for fierce negotiation, as well as what happens to London’s euro-denominated trading floors.

I followed Brexit out of Hong Kong – which 19 years ago had its own Brexit, actually saying bye bye to the British Empire to join China. Beijing is worried that Brexit will translate into capital outflows, “depreciation pressure” on the yuan, and disturbance of the Bank of China’s management of monetary policy.

Brexit could even seriously affect China-EU relations, as Beijing in thesis might lose influence in Brussels without British support. It’s crucial to remember that Britain backed an investment pact between China and the EU and a joint feasibility study on a China-EU free trade agreement.

He Weiwen, co-director of the China-US-EU Study Centre under the China Association of International Trade, part of the Ministry of Commerce, is blunt; “The European Union is likely to adopt a more protectionist approach when dealing with China. For Chinese companies which have set up headquarters or branches in the UK, they may not be able to enjoy tariff-free access to the wider European market after Britain leave the EU.”

That applies, for instance, to leading Chinese high-tech companies like Huawei and Tencent. Between 2000 and 2015, Britain was the top European destination for Chinese direct investment, and was the second-largest trading partner with China inside the EU.

Still, it may all revert into a win-win for China. Germany, France and Luxembourg – all of them competing with London for the juicy offshore yuan business – will increase their role. Chen Long, economist with Bank of Dongguan, is confident “the European continent, especially Central and Eastern European countries, will be more actively involved in China’s ‘One Belt, One Road’ programs.”

So will Britain become the new Norway? It’s possible. Norway did very well after rejecting EU membership in a 1995 referendum. It will be a long and winding road before Article 50 is invoked and a two-year UK-EU negotiation in uncharted territory starts. Former UK Chancellor of the Exchequer Alistair Darling summed it all up; “Nobody has a clue what ‘Out’ looks like.”