Between a Rock and a Hard (South China) Place

12 Jul 2016 – The Permanent Court of Arbitration in The Hague, backed by the UN, essentially ruled that there is no legal basis for China to claim historic rights to vast sections of the South China Sea included in the ‘nine-dash line’.

Here it is, in full legalese: “China’s claims to historic rights, or other sovereign rights or jurisdiction, with respect to the maritime areas of the South China Sea encompassed by the relevant part of the ‘nine-dash line’ are contrary to the Convention and without lawful effect to the extent that they exceed the geographic and substantive limits of China’s maritime entitlements under the Convention.”

Well, nothing is black and white in such an immensely complex case. The Philippines were advised by a powerhouse Anglo-American legal team. China had “no agents or representatives appointed.”

Beijing argues that all the attention over the South China Sea revolves around conflicting sovereign claims over islands/rocks/reefs and related maritime delimitations – over which the court has no jurisdiction. Attributing territorial sovereignty over maritime features in the South China Sea goes beyond the 1982 United Nations Convention on the Law of the Sea (UNCLOS).

Beijing does abide by Article 298 of UNCLOS – which excludes compulsory arbitration on maritime boundaries. This, by the head of the Chinese mission to the EU, Yang Yanyi, is a fair summary of the Chinese position. And in fact the court did not allocate any islands/rocks/reefs/outcrops to disputing nations; what it did was to point towards which maritime “features” are capable – under international law – of generating territorial rights over surrounding seas. 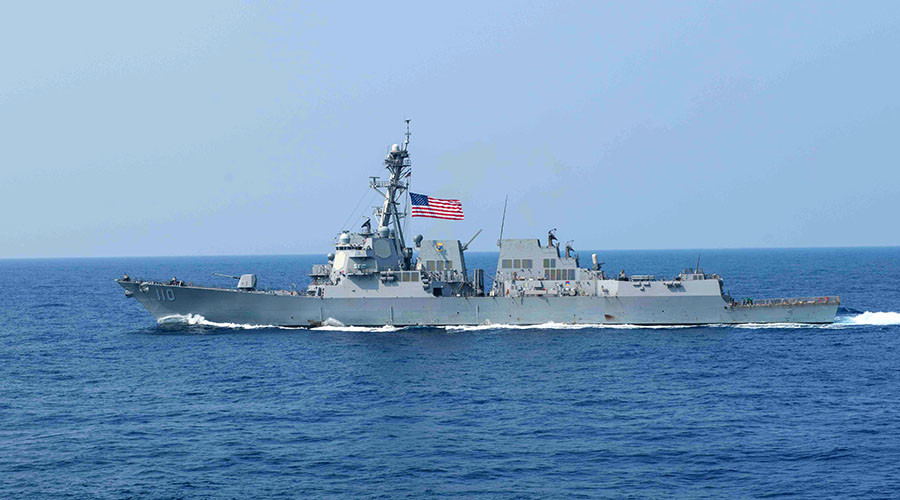 What transpired in The Hague certainly won’t solve the riddle, asargued here. Beijing had already made it very clear, even before the ruling, it would fiercely reject all findings.

Yet now the narrative is being calibrated; Beijing is open for talks, as long as Manila sets the ruling aside. Jay Batongbacal, from the University of the Philippines, cuts to the heart of the issue: “Publicly stating that junking the arbitration is a condition for resuming negotiations gives no room for face-saving on either side.”

And face-saving – the Asian way – must now be the name of the game. New Filipino President Rodrigo Duterte – a.k.a. ‘The Punisher,’ due to his stint as a crime-busting mayor of Davao City – does have an agenda, which is to improve his country’s appalling infrastructure. And guess where crucial investment would have to come from.

So Duterte’s domestic reform agenda points to economic cooperation, not confrontation, with China. He already gave – contradictory – signs he would be willing to visit Beijing and strike a deal. Undoubtedly, however, he would have a hard time convincing Beijing to stop military-related construction in the South China Sea, as well as not imposing an Air Defense Identification Zone (ADIZ).

FM Wang Yi on #SouthChinaSea: China rejects ruling, arbitration is a political farce made under pretext of lawhttps://t.co/T6SsxWueq0

But he might have a shot at proposing the sharing of natural resources, as in the vast South China Sea wealth of unexplored oil and gas. Yes, because once again the South China Sea is all about energy – much more than the roughly $4.5 trillion of shipping trade that traverses it every year; “freedom of navigation” has always been more than assured for all. For Beijing, the South China Sea is an all-out energy must have, as it would constitute, in the long run, another key factor in the “escape from Malacca” master plan of diversifying energy sources away from a bottleneck that can be easily shut off by the US Navy.

Now, with the US Navy already intruding and over-flying the South China Sea, the stakes cannot but get higher.

The absolute majority of the islands/rocks/rocky islets/reefs/shoals claimed by China, Brunei, Malaysia, Philippines, Vietnam and Taiwan in the South China Sea are uninhabited – with some of them underwater at low tide. They may cover a total of just a few square kilometers – but are spread out over an immense 2 million square kilometers of sea, and included in China’s ‘nine-dash line’, which claims sovereignty over the majority of island chains and nearby waters.

So in this key department regarding the question: ‘Who’s the rightful, sovereign owner of certain islands in the South China Sea,’ the ruling was a major blow to Beijing. Justification had always relied on historical texts, ranging from the 4th century BC to the Tang and Qin dynasties. During the – short – Republic of China period, 291 islands, reefs and banks were mapped and qualified as part of the ‘nine-dash line’ in 1947.

So ‘Red’ China, in 1949, actually inherited a claim made by the rival Republic of China. Fast forward to 1958, when China under Mao issued a declaration framing its territorial waters within the ‘nine-dash line’ – encompassing the Spratly Islands. Adding to historic irony, North Vietnam’s then prime minister, Pham Van Dong, agreed with then Chinese premier Zhou Enlai.

Now it’s a completely different story. Even though Beijing and Taipei continue to agree, China and Vietnam are on opposite sides. The Hague ruled, “There was no legal basis for China to claim historic rights to resources within the sea areas falling within the ‘nine-dash line’.” An extra problem is that Beijing never really explained what the line meant, legally.

The Hague also downgraded what could be seen as islands to the status of a bunch of rocks. Thus they are not territory-generating. Most of the South China Sea in fact is declared as neutral international waters.

So if we’re talking about rocks, their surrounding territorial sea stops at a mere 12 nautical miles. And they obviously don’t qualify for exclusive economic zone (EEZ) status, with a radius of 200 nautical miles.

If no EEZs apply to the Spratlys, what may happen in the near future is that Philippines, Malaysia, Brunei and Vietnam could each draw their own EEZ-style lines from their major islands or coastline into that section of the South China Sea – and claim the respective rights.

The ruling does spell trouble for the Mischief and Subi reefs – the two biggest land “formations” in the South China Sea after massive Chinese reclamation. Now they have been downgraded to “low-tide elevations” – they only emerge above water at low tide. This means these two major Chinese bases in the Spratlys would have no territorial sea, no EEZ, nothing, apart from a 500-metre safety zone surrounding them.

And then there’s the extraordinary case of Taiping – the largest “island” in the Spratlys, with an area of about half a square kilometer. Taiping is occupied by the Republic of China, which as everyone knows is not recognized as a sovereign nation by the UN, by the court in The Hague, or by any other Southeast Asian nation for that matter.

Beijing never questioned Taipei’s claim over Taiping. But as Taiwan is part of China, even without physically occupying Taiping, Beijing could still claim the right to draw an EEZ.

The Philippines, for its part, argued that Taiping has neither civilian habitation nor sustainable economic life, because it is a military garrison. The Hague agreed. So Taiping island was also downgraded to “rock” status. No 200 nautical miles EEZ then, which would reach very close to the Philippines’ Palawan province.

So in a nutshell there seem to be no “islands” left among the more than 100 “rocks” in the Spratlys. Time to call them the Spratly Rocks then?

According to the court, none of the Spratlys were “capable of generating extended maritime zones … [and] having found that none of the features claimed by China was capable of generating an exclusive economic zone, the tribunal found that it could — without delimiting a boundary — declare that certain sea areas are within the exclusive economic zone of the Philippines, because those areas are not overlapped by any possible entitlement of China.”

Ouch. As if this was not enough, The Hague also condemned China’s land reclamation projects – all of them – and the construction of artificial islands at seven “rocks” in the Spratlys, stating these had caused “severe harm to the coral reef environment and violated its obligation to preserve and protect fragile ecosystems and the habitat of depleted, threatened, or endangered species.”

Since 2012, all of the Paracel Islands have been under Chinese control. As for the Spratlys, they are a mixed bag; Vietnam occupies 21 “features”, the Philippines 9, China 7, and Malaysia 5. The song, though, remains the same; sovereignty issues cannot be settled under international law, as they all fall outside of The Hague’s jurisdiction.

So what happens next – apart from endless haggling about the conclusions? Beijing and Manila must talk – in a manner that Beijing saves face; the Association of Southeast Asian Nations (ASEAN) should step up its game and act as a mediator. That does not mean China will cease to create “facts on the sea” – as in most of the South China Sea. After all, they’ve got the (military) power. With or without a ‘nine-dash line’. And be it over islands, reefs, “low-tide elevations” or a bunch of rocks.