15 Jul 2016 – Cairn Energy, a Scottish oil exploration company, has demanded that India pay $5.6 billion in compensation for losses that the company claims it has sustained as a result of a tax assessment. The company has taken its claim to an arbitration panel under the United Kingdom-India Investment Treaty. 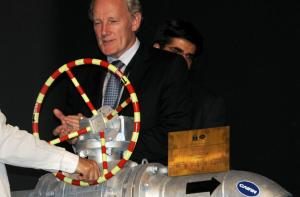 The tax assessment is one of several that India has made against major multinationals to crack down on offshore transactions in tax havens. However, the government has lost several such cases in court, partly because it has tried to apply the law retroactively.

The latest case involves Cairn Energy, an Edinburgh-based company which made its fortune exploring for oil in unusual locations and trading on lucrative finds. Worth just $10 million in 1992, the company has prospected for oil in places as far flung as Bangladesh, Greenland and Mauritania.

The company bought a concession in the Indian state of Rajasthan from Shell in 2002 for $7.5 million, after the Anglo-Dutch company failed to find oil despite a decade of drilling test wells. In 2004 Cairn discovered a major oil deposit in Rajasthan which caused the value of its Indian subsidiary to soar to a high of $14 billion.

In 2011, the Scottish company agreed to sell a majority stake in Cairn India, which it had incorporated in the tax haven of Jersey, to Vedanta, another UK listed company, for $8.5 billion. Cairn returned some of the profits to its shareholders and kept some to conduct new exploration.

In 2014, Cairn decided to sell off its remaining 9.8 percent stake in the Indian venture. The Indian tax authorities, however, have blocked the sale on the grounds that Cairn owes the government back taxes of $1.6 billion on the original venture plus $2.8 billion in interest. The tax demand is based on a 2012 law that allows the Indian government to claim taxes on offshore transactions, including ones conducted as far back as 1962.

Cairn says that the dispute has caused the company to lose business. “The frustrating thing is that shares remain frozen and we’ve not been able to fulfill strategic plans of the company and move forward with further exploration and discovery,” Simon Thomson, chief executive of Cairn, told the Economic Times newspaper last year. “As a result, we have made 40 per cent of our workforce redundant, disposed of part of our North Sea assets and deferred planned investments and expenditures.”

Last year, Cairn demanded that India settle the matter via international arbitration or face a claim before the International Court of Justice. In its latest salvo, the company has not only refused to pay the $4.4 billion tax claim but also insisted that India pay it for the value of the company shares in 2014. (The minority stake was worth some $1 billion at the time but the value has since dropped to $477 million following the oil price crash.)

Cairn and India have now agreed to take the matter to a three member international arbitration panel that will meet in the Hague. Each party gets to name one arbitrator and they are required to agree on a neutral party who often holds the deciding vote. (For example, in the recent arbitration between Uruguay and Philip Morris, the tobacco giant, the tie-breaking vote was cast by James Crawford, an Australian judge appointed by the World Bank, who sided with Uruguay.)

For the Cairn arbitration, India has appointed J Christopher Thomas, a Singapore-based Canadian trade expert, and Cairn has named Stanimir Alexandrov, a lawyer at the Washington firm of Sidley Austin. Both parties agreed to appoint Laurent Levy, a Swiss lawyer, as the neutral third party.

Lawyers say that India is taking a big gamble in moving forward with the arbitration. “If tomorrow there is an award against India, the government would have no option but to pay the company, because international reputation also matters,” Naresh Thacker, a partner at a Mumbai law firm named Economic Laws Practice, told Business Today. “Such an award would encourage companies who are waiting in the wings.”

Vodafone is one such company. Indian tax authorities demanded that Vodafone pay $2.9 billion in taxes for the sale of an investment it made in the Indian mobile business in 2007. At the time, Vodafone, a UK company, used a Dutch subsidiary to buy a 67 percent stake in the Indian business operations of Hutchinson, a Hong Kong company, via a transaction in the Cayman Islands. The government claimed that since Vodafone purchased an Indian company, it should pay taxes in India but the company claims since neither Hutchinson nor Vodafone were based in India, no tax was due. India lost the case in the Indian Supreme Court in 2014 but then changed the law which has caused Vodafone to seek arbitration.

Vodafone also has another pending case on taxation of offshore transactions in India. The company’s Indian subsidiary issued 289,224 shares at a price of Rs 10 ($0.16) to a subsidiary of its UK parent company in Mauritius in 2008. The Indian government argued that Vodafone India – which is the country’s second biggest mobile phone carrier – was effectively giving a disguised loan to the UK owners since the company shares were worth Rs 8,591 ($140.70) at the time. The Bombay High Court ruled against India last year but the government has decided to appeal the verdict.

The Indian government also lost a similar case against Shell in the Bombay High Court and chose not to appeal.