“Genius is the power of leaving one’s own interests, wishes, and aims entirely out of sight… so as to remain pure knowing subject, clear vision of the world.” 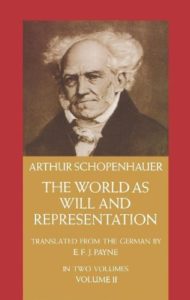 “Genius gives birth, talent delivers,” Jack Kerouac asserted in contemplating whether great artists are born or made. “Talent is insignificant. I know a lot of talented ruins,” James Baldwin cautioned aspiring writers as he considered the real building blocks of genius. More than a century earlier, Thoreau made a vital distinction between an artisan, an artist, and a genius.

But perhaps the most useful and timelessly insightful take on the perennial puzzlement over the difference between talent and genius came the year after Thoreau’s birth from the great German philosopher Arthur Schopenhauer (February 22, 1788–September 21, 1860) in his 1818 masterwork The World as Will and Representation (public library).

Schopenhauer’s central premise is that talent achieves what others cannot achieve, whereas genius achieves what others cannot imagine. This vision of a different order, he argues, is what sets geniuses apart from mere mortals, and it arises from a superior capacity for contemplation that leads the genius to transcend the smallness of the ego and enter the infinite world of ideas. He writes:

Only through [such] pure contemplation … can Ideas be comprehended; and the nature of genius consists in pre-eminent capacity for such contemplation. Now, as this requires that a man* should entirely forget himself and the relations in which he stands, genius is simply the completest objectivity, i.e., the objective tendency of the mind, as opposed to the subjective, which is directed to one’s own self — in other words, to the will. Thus genius is the faculty of continuing in the state of pure perception, of losing oneself in perception, and of enlisting in this service the knowledge which originally existed only for the service of the will; that is to say, genius is the power of leaving one’s own interests, wishes, and aims entirely out of sight, thus of entirely renouncing one’s own personality for a time, so as to remain pure knowing subject, clear vision of the world; and this not merely at moments, but for a sufficient length of time, and with sufficient consciousness, to enable one to reproduce by deliberate art what has thus been apprehended. 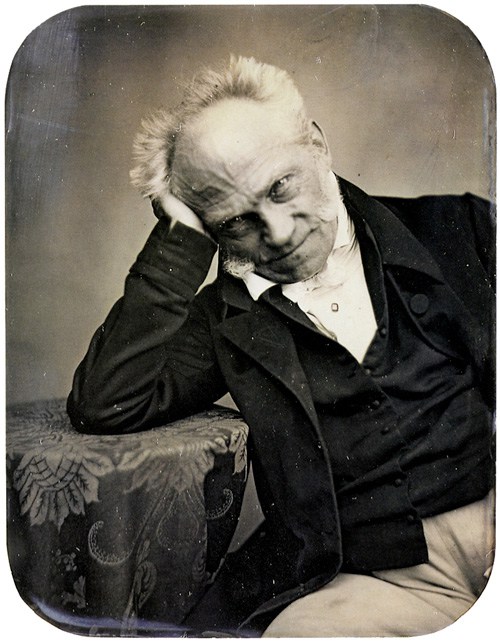 But although a superior capacity to imagine is a centerpiece of genius, Schopenhauer cautions against mistaking the imagination for the entirety of genius:

Imagination has rightly been recognized as an essential element of genius; it has sometimes even been regarded as identical with it; but this is a mistake. As the objects of genius are the eternal Ideas, the permanent, essential forms of the world and all its phenomena, and as the knowledge of the Idea is necessarily knowledge through perception, is not abstract, the knowledge of the genius would be limited to the Ideas of the objects actually present to his person, and dependent upon the chain of circumstances that brought these objects to him, if his imagination did not extend his horizon far beyond the limits of his actual personal existence, and thus enable him to construct the whole out of the little that comes into his own actual apperception, and so to let almost all possible scenes of life pass before him in his own consciousness… The imagination then extends the intellectual horizon of the man of genius beyond the objects which actually present themselves to him, both as regards quality and quantity. Therefore extraordinary strength of imagination accompanies, and is indeed a necessary condition of genius. But the converse does not hold, for strength of imagination does not indicate genius; on the contrary, men who have no touch of genius may have much imagination.

But the curse of the extraordinary, Schopenhauer suggests, is a certain loneliness with which the person of genius walks through life, always slightly apart from the ordinary world in being slightly above it:

The common mortal, that manufacture of Nature which she produces by the thousand every day, is, as we have said, not capable, at least not continuously so, of observation that in every sense is wholly disinterested, as sensuous contemplation, strictly so called, is. He can turn his attention to things only so far as they have some relation to his will, however indirect it may be… The man of genius, on the other hand, whose excessive power of knowledge frees it at times from the service of will, dwells on the consideration of life itself, strives to comprehend the Idea of each thing, not its relations to other things; and in doing this he often forgets to consider his own path in life, and therefore for the most part pursues it awkwardly enough. While to the ordinary man his faculty of knowledge is a lamp to lighten his path, to the man of genius it is the sun which reveals the world… The man in whom genius lives and works is easily distinguished by his glance, which is both keen and steady, and bears the stamp of perception, of contemplation.

In the second volume of his treatise, Schopenhauer revisits the subject of talent versus genius through the lens of time — talent, he argues, speaks brilliantly to the moment and is of the moment, while genius speaks of the eternal and to eternity. He writes:

Mere men of talent always come at the right time; for, as they are roused by the spirit of their age and are called into being by its needs, they are only just capable of satisfying them. They therefore go hand in hand with the advancing culture of their contemporaries, or with the gradual advancement of a special science; for this they reap reward and approbation. But to the next generation their works are no longer enjoyable; they must be replaced by others; and these do not fail to appear.

The World as Will and Representation — one of Oliver Sacks’s favorite books and the source of Schopenhauer’s abiding insight into the power of music — is an indispensable read in its totality. Complement it with Schopenhauer on the intellectual rewards of boredom, then revisit William James on the habit of mind that sets geniuses apart and mathematician Mark Kac on the two types of geniuses.