11 Jul 2016 – My headline above is a plain English translation of this Pentagonspeak found in a Reuters headline today: “Demand for U.S. arms exports set to keep growing, official says.” 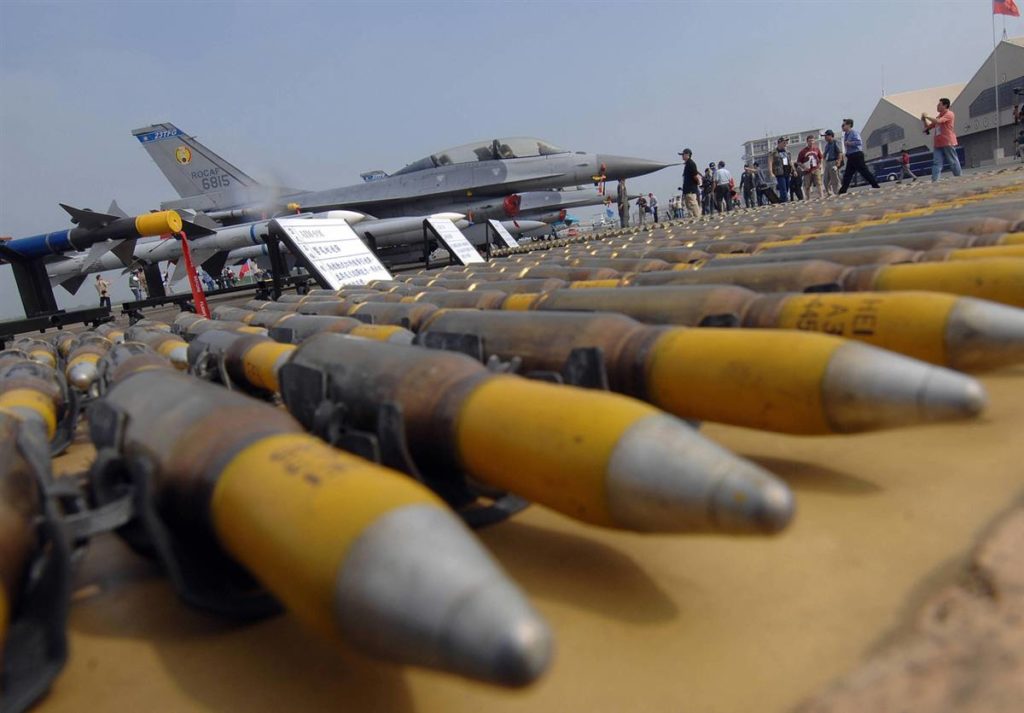 As the United States and NATO antagonize Russia, and pressure NATO members to buy more weapons, and showcase U.S. weapons in numerous wars, and use every carrot and stick in the State Department to market U.S. weapons, an “official” who happens to have been located at a giant weapons trade show predicts that of its own accord “demand” for weaponry is going to grow. Here’s Reuters’ first sentence:

Thus is the proliferation of drones around the world spun as something positive, along with bombs and jets. And thus is it spun as something that simply results from the quality and desirability of the products.

Quick, which five nations do you most want murdering their enemies with missiles from drones over the United States?

Meanwhile, the United States already exports the majority of weapons exported on earth, including the majority of weapons to war-torn regions like the Middle East that don’t manufacture their own weapons but rather suffer from their import as did Native Americans from alcohol or Chinese from opium. U.S. citizens content themselves with fantasizing that the war business is patriotic, while their nations’ killers battle against U.S. weapons sold by profiteers who have only customers, no enemies.

“‘The appetite just keeps getting bigger and bigger,’ U.S. Air Force Deputy Undersecretary Heidi Grant told Reuters in an interview on the eve of the Farnborough International Airshow. U.S. arms sales approved by the Pentagon’s Defense Security Cooperation Agency rose 36 percent to $46.6 billion in the fiscal year ended Sept. 30, 2015, and are likely to remain strong this year, Grant said.”

“There are good-hearted people,” wrote Jan Oberg last week, “who believe that countries have competent experts who along a series of indicators measure and judge which security challenge are waiting in the future – and a series analyses of the threat towards their country on this or that time horizon. The probability of each threat is also evaluated – to help politicians with limited budgets to allocate money to guard against some ‘realistic’ but not all possible/thinkable threats.”

In reality, Oberg explains, the war business generates sales and invents justifications for them. Which came first, the enemy or the bombs? The bombs. Listen to this, from Reuters:

“Grant, the Air Force’s top international arms sales official, said she was working with many countries in eastern Europe and others that wanted to increase their defenses following Russia’s annexation of the Crimea region of Ukraine, but faced tough budget constraints.”

Now there’s not actually any secret around the facts here. The United States, led by Victoria Nuland, who awaits a top appointment in a Hillary Clinton regime, facilitated a coup in Ukraine, installing an anti-Russian government. Then the people of Crimea voted to join Russia. Then the United States began pushing weapons on Eastern European countries as necessary to defend against such “Russian aggression.” Then NATO had a meeting this past weekend to plan for war with Russia.

Each of those events has a date, and their order is not in any dispute. Back in May the Politico newspaper reported on Pentagon testimony in Congress to the effect that Russia had a superior and threatening military, but followed that with this:

“‘This is the “Chicken-Little, sky-is-falling” set in the Army,’ the senior Pentagon officer said. ‘These guys want us to believe the Russians are 10 feet tall. There’s a simpler explanation: The Army is looking for a purpose, and a bigger chunk of the budget. And the best way to get that is to paint the Russians as being able to land in our rear and on both of our flanks at the same time. What a crock.”

Politico then cited a less-than-credible “study” of Russian military superiority and aggression and added:

“While the reporting about the Army study made headlines in the major media, a large number in the military’s influential retired community, including former senior Army officers, rolled their eyes. ‘That’s news to me,’ one of these highly respected officers told me. ‘Swarms of unmanned aerial vehicles? Surprisingly lethal tanks? How come this is the first we’ve heard of it?”

But what better to scare Poland with than swarms of Russian drones, real or otherwise? Go back to the fact that the U.S. Air Force has a “top international arms sales official.” What purpose does that individual serve under the U.S. Constitution?