11 Jul 2016 – Uruguay has defeated Philip Morris, the global tobacco giant, in a major international lawsuit over the country’s tough anti-smoking regulations. The Swiss-based company sued Uruguay at the World Bank’s International Center for Settlement of Investment Dispute under the terms of a 1991 bilateral investment treaty between Uruguay and Switzerland. 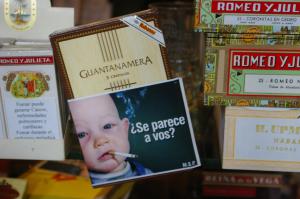 Philip Morris, which was founded in London in 1847, is now the world’s largest cigarette manufacturer with annual revenues of over $80 billion. It has been waging an aggressive battle around the world against national laws requiring tobacco companies to print graphic warnings about the health impacts of smoking. So far it has lost lawsuits in courts in Australia, Norway, Thailand and the UK.

On March 26, 2010, Philip Morris filed a complaint against Uruguay at the World Bank arbitration tribunal. The action was intended to escalate the fight to an international level and to take advantage of trade laws that typically favor major corporations by allowing them to claim damages from laws that deny them profits from their investments.

In suing the small South American country, Philip Morris also hoped to strike down some of the toughest anti-smoking laws in the world. Uruguay requires tobacco companies to print health warnings and graphic images such as diseased lungs and rotting teeth that cover 80 per cent of both sides of cigarette packets. It also requires companies to use the same image for all its products making it hard for the company to promote sub-brands like lights or mild cigarettes. Taxes have been hiked and smoking in public places have been banned.

“This is like David and Goliath,” Silvina Echarte Acevedo, the legal adviser in charge of the Uruguayan ministry of public health’s case, told the Independent newspaper. “They are bullying us because we are small.”

On October 13, 2014, Paul Reichler, a lawyer with Foley Hoag, in Washington DC, responded on behalf of the Uruguayan government, citing the country’s obligations under the World Health Organisation’s 2005 Framework Convention on Tobacco Control.

The case was heard by a three person panel under arbitration rules that allow each party to appoint a judge each and mutually agree on a third. Not surprisingly when the verdict was delivered on July 8, 2016, Piero Bernadini, appointed by Uruguay, sided with the country, while Gary Born, apppointed by Philip Morris, sided with the company. The deadlock was broken by James Crawford, an Australian judge appointed by the World Bank, who sided with Uruguay.

“It is not acceptable to prioritize commercial considerations over the fundamental right to health and life,” Uruguay’s President Tabaré Vázquez announced in a victory speech to his citizens. “The health measures that we have imposed to control tobacco and protect the health of our people have been recognized as legitimate and adopted as a sovereign function of our republic.”

“This is a major victory for the people of Uruguay — and it shows countries everywhere that they can stand up to tobacco companies and win,” Bloomberg said. “No country should ever be intimidated by the threat of a tobacco company lawsuit, and this case will help embolden more nations to take actions that will save lives.”

The company attempted to put its best face forward. “We’ve never questioned Uruguay’s authority to protect public health,” Marc Firestone, general counsel at Philip Morris. “The arbitration concerned an important, but unusual, set of facts that called for clarification under international law, which the parties have now received. For the last seven years, we have already been complying with the regulations at issue in the case, so today’s outcome doesn’t change the status quo.”

However the company’s previous statements make it clear that this is a significant defeat. “The large size of these warnings prevents us from effectively displaying our trademarks and goes beyond what could reasonably be considered appropriate to inform consumers of the well-established health risks of smoking,” Morgan Rees, a spokesperson for Philip Morris, told Investment Arbirtation Reporter. “This is without precedent anywhere in the world.”