Why Are the Dutch Funding Settlers in Palestine?

Dutch ministers don’t seem to mind bending the laws to incorporate territory to Israel that does not belong to it. 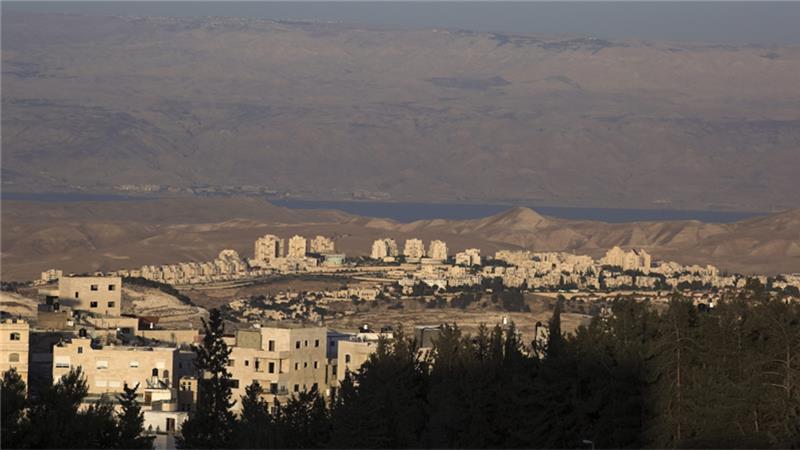 3 Jul 2016 – Dutch ministers, including prime ministers, have been circumventing laws, without informing their parliament, for the past 14 years to sustain monthly payments to Dutch settlers in the occupied Palestinian territories.

On June 18, NRC Handelsblad, a prominent daily in the Netherlands, revealed in a fully documented report how several prime ministers, ministers, Dutch diplomats in Israel and the Social Insurance Bank, or SVB, have been bending pension laws since 2002 to keep paying untaxed state pensions to Dutch settlers living in illegal Israeli settlements in the West Bank.

The report is a detailed exposure of the exceptional privilege awarded to Dutch settlers on occupied Palestinian land.

In 2002, a new law was put in motion to decrease state pensions for all Dutch citizens living in countries that have no social security agreement with the Netherlands.

Israel has one, however: The Netherlands cannot make payments to its citizens living in territories occupied by Israel after 1967.

This is when the political scandal started as ministers suggested “creative solutions” to sidestep the law and public knowledge in order to create an exception for all Dutch settlers living in illegal settlements.

The report takes us through a decade of legal circumventions, ministerial power play, hidden letters, the Israeli lobby in The Hague, and current Minister of Social Affairs Lodewijk Asscher personally ordering the SVB, which is independent from his ministry and responsible for the pension payments, to transfer the money despite the bank’s discovery of the fraud.

It goes as far as having ministers scheme to blame the Palestinian Authority for fraud surveillance should all of this come to light.

Dutch Jewish colonists receive income support on top of their pensions, and have their taxes, which Dutch citizens living in the Netherlands have to pay, covered by the SVB. As a result, you are better off financially if you are a Dutch Jewish settler on Palestinian stolen land.

The controversy taking place is three-tiered: firstly, Dutch Jewish colonists receive income support on top of their pensions, and have their taxes, which Dutch citizens living in the Netherlands have to pay, covered by the SVB. As a result, you are better off financially if you are a Dutch Jewish settler on Palestinian stolen land.

Secondly, questions arose on the role of the Israeli influence on Dutch politicians and politics. The report exposed the fierce Israeli lobbying that took place to keep the payments going.

Former Dutch Prime Minister Jan Peter Balkenende is quoted as saying that the Dutch government is undeniably pressured by the pro-Israel lobby, and an SVB official maintained the cover-up because “one has to keep one hands off Israel”.

This power play led to a shadowy quest with no legal basis, a lack of transparency and ministers hiding information from the Parliament.

Finally, during a parliamentary session on June 21, the minister was questioned on breaching the law and the double standard he maintained.

Asscher has limited pensions paid to residents of other areas internationally viewed as occupied, such as Western Sahara.

He has personally worked on reducing the pensions of retired Dutch-Moroccans wanting to move back to Morocco. His search for a decrease on their benefits continued unabated, to the extent that he modified the Social Security Agreement with Morocco.

In short, the Dutch government has affected the rights of Dutch-Moroccans who have contributed to the Dutch economy for at least 40 years of their lives, and to the reconstruction of the Netherlands after World War II.

Although the Dutch parliament has demanded clarification regarding double standards, hardly anything has been done to correct the unequal and privileged treatment of Dutch colonists in Palestine. The Dutch government as such reduces Palestinians to a disenfranchised population that has no say over its life, death, property and faith.

Most crucially, what has completely been missing in the debate is the government’s facilitation of the Israeli occupation of Palestinian land. Israel does not even have to pay its settlers.

This new revelation shows that these settlers are capable of sustaining a living in illegal settlements due to the financial support by the Dutch government, which instead of demanding that its citizens do not violate international law, it actually further supports the appropriation of Palestinian land.

Additionally, the European Union, whose presidency was held by the Netherlands until June 30, has called on the Israeli authorities to show zero tolerance for settler violence and to protect the local Palestinian population.

But in its most recent move, Israel has announced the construction of more settlements. To follow the same logic, these settlements need settlers and these settlers do not appear out of thin air, nor does their violence. Among them are these Dutch colonists that get paid more to deprive a Palestinian from his land and resources.

What is even more controversial is how successive Dutch administrations have actually acted in accordance with Israel’s de facto annexation of the Westbank. Ministers did not mind bending the laws to incorporate a territory to Israel that does not belong to it.

The Netherlands, the country that is symbolised by International Law and the ICC, considered illegal Israeli settlements on Palestinian land as de facto part of Israeli territory under the social security agreement.

And finally, a most sensitive subject the Dutch officials evade is the fact that while actively promoting the migration of Dutch Jews outside of Europe; current Dutch governments are contributing to the ongoing destruction of European Jewry. And this specifically, is the continuation of European tradition of anti-Semitism.

Hanine Hassan is a PhD candidate at Columbia University. Her research focuses on the long-term effects of humiliation as a tool of oppression by Israel in the occupied Palestinian territories.