Muslim Press has conducted an interview with poet, writer, and columnist Gary Corseri to discuss the foreign policy of the United States. 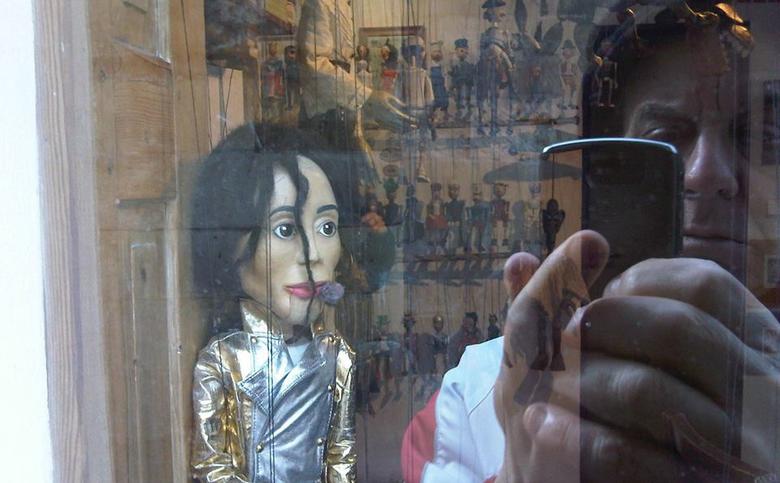 ‘Not only neocons but “neo-liberals” see no space between the interests of the US and Israel!’

Here’s the full text of this interview:

MP: Thank you for agreeing to give us an interview Mr. Corseri.

Gary Corseri: Thank you for asking!

MP: Let me begin by asking: how did you become a political activist?

Gary Corseri: You know, I’m almost embarrassed to call myself a “political activist”! In my own mind, I haven’t done enough! Yes, from age 14, I started writing “Letters to the Editor,” and some were published in respectable New York City newspapers.

Neither of my parents were “activist,” but my father, especially, could be outspoken about his opinions on the contemporaneous scene. He was a sharp judge of character, and when certain politicians would spew their nonsense on a TV news program, my father would yell at the TV! That could be funny, but it also taught me that I didn’t have to take the words of “authority figures” as gospel–I could question, and I had to think for myself, and then I could express myself–flamboyantly, as my father did, or, in time, more subtly, maybe more persuasively, depending on the occasion.

I was actually fairly reticent as a child. I stuttered and took special speech classes from grades 1 through 6. I learned how to enunciate more clearly, but I also learned that I could express myself as well as any other student–with a pen and paper.

MP: How did the Vietnam War affect you? What’s your take on this war?

I know that in point of fact it started long before then–with French colonization of Indochina and with the rebellion against that colonization following the collapse of the Japanese Empire during WWII, and then the American involvement following the defeat of the French at Dien Bien Phu, etc.

But, all of that was a kind of distant music for me–an unpleasant dissonance, to be sure…, but, that war, and all the other wars, all the struggles for autonomy and liberty, exploded in my consciousness on the day that President Kennedy was assassinated in Dallas, Texas.

I was 17 years old–a freshman at the University of Florida. How could such a thing happen? The cognitive dissonance was searing!

As a teen, I was mostly interested in literature, history, journalism. I read H. G. Wells’ magnificent tome, “The Outline of History,” so I had some sense of the checkered history of our striving, too-often conniving, species!

But, I was also a product of my upbringing in a comfortable, middle-class environment. My parents were mixed–Sicilian-Catholic and Ukrainian-Jewish, and that sort of “hybridicness” made me different back then; but, I was raised in a secular home, and I was open to all kinds of religious and philosophical thought: I read the Bible on my own; and I read books by or about Buddha, Lao Tzu, Confucius, Gandhi, Muhammad, Socrates and Aristotle. I read about Sufiism and the “Bhagavad Gita.” I read Tagore and Shakespeare, Freud and Jung.

Was the human race fated to make the same stupid mistakes over and over? War after war after war?

The Vietnam War (and the Kennedy Assassination) led me to question the values that my schools had tried to inculcate: ideas and ideals about American democracy, and, though we didn’t call it that then, a sense of American “exceptionalism.”

As the war years dragged on, I marched in anti-war demonstrations. I had a draft deferment as a teacher, and when that route closed, I had a deferment because of an extensive record of congenital asthma. I spoke out (I had found my voice!) and wrote against US imperialist policies. I am pretty sure my activism cost me a couple of good teaching jobs. (We were supposed to be quiet! We were supposed to just teach Literature or Literary Criticism, etc.!).

One time, as an Instructor at the University of Florida, I was involved in an anti-war demonstration, and the state militia had been called out. There were military armored cars in the street, and the National Guard were hurling tear gas canisters at the unarmed, peaceful demonstrators! I tasted that tear gas and coughed and coughed. Frankly, I much prefer the taste of spaghetti with clam sauce and white wine!

MP: Let’s move on to the Middle East. How do you compare Bush and Obama’s policies on this region?

Bush and Obama are “suits.” They dress according to the fashion of the time. But, they are essentially the same–Empire-builders, Empire-expansionists, Empire-apologists and preservationists.

After 911, George W. Bush could take his cowboy act on the road, act like a big sheriff, come out with his “Wanted Dead or Alive!” B.S. about Osama bin Laden. And, the US population, being rather ignorant about real-politic, history, and human character, bought into it, waved the flag, cheered on the troops, and celebrated “Shock and Awe” with Cheney, Rumsfeld and Rice, et. al.

There’s never any real contextualization in America! (Our “mainstream media” is mostly a joke, spouting the same-o same-o nonsense about “they hate us for our freedoms!”–as Cowboy Bush put it; and there’s almost no historical context, or if there is, it’s often fallacious.)

Obama is far more sophisticated than Bush, more “polished.” By the time Obama appeared magically on the scene (“hand-picked” by the “invisible hand”?), the “War on Terror” (which I have always called a “War OF Terror”) was not going smoothly. Yes, we had captured and hanged our former ally, Saddam Hussein, (who, I believe, never would have troubled us if we had paid him off for his role in the Iraq-Iran war!)…, but, bin Laden was still on the loose and General Norman Schwarzkopf’s “cake-walk” in Iraq had metamorphosed into chaos throughout the Middle East. On top of all that, the US economy had gone down the chute of depression (euphemistically called, “The Great Recession).

Obama came along to put a pretty face on all of these disasters! He robotized the war–adding “drones” to his weekly assassination menu. Thanks to the “bail-outs” of major US banks and hedge funds, etc., the economy seemed to improve here (though under the veneer of improvement there are really terrible boils festering; boils likely to pop during the next Administration!) The American-English poet T. S. Eliot probably got our time just right when he wrote in “The Wasteland”:

“I think we are in rats’ alley, where the dead men lost their bones.”

MP: Is there anyone (presidential candidates) who can truly change America? If so, what’s your take on his/her policies?

Gary Corseri: I suppose Jill Stein could change things–if she were ever given a real chance…. Her ideas are fine: anti-war, anti-imperialist, “progressive” (in the best sense). How likely is such a person to get a fair shake in the US system as it is now organized? Our media is controlled by 6 corporations!

I recently heard (on the “Russia Today” news channel) Ray McGovern, a former operative at the CIA (actually, one of the head-honchos there), define a “neo-con” as someone who sees no space between the interests of the US and Israel!

I’d build on that! I’d say it’s the same for “neo-liberals”!

I’d say the old labels no longer apply, but the masses have not awakened to the true realities. (Given our media mish-mash and our awful educational standards, how could they awaken? They are supposed to remain in a “Pokémon-Go” state of constant anticipation…. But, for what? A virtual reality of “good guys” and “bad guys”… and, well, wake me when it’s over!)

MP: What’s your opinion about Bernie Sanders? Did he betray progressives by endorsing Hillary Clinton?

Gary Corseri: I held my breath about Bernie Sanders at the beginning. Okay, give the old guy a shot! I admired his gumption and stamina at 74! I agreed with a fair bit of what he was saying.

But, I thought he blundered right at the beginning by calling himself “a Democratic Socialist” in a nation where Socialism is equated with Communism which is equated with Tyranny and Totalitarianism. A lot of people could never get past that–especially people on the “Right” who might like Sanders’ support of insane US gun laws, but could never vote for a Socialist! So, I wondered: Why not just call himself a “Progressive” (much less bothersome to most Americans) and then carefully explain his “Progressive” policies?

That was a strategic error! A tactical error was his performance at the first Democratic primary debate, when he chivalrously (so it might have seemed!) declared, “To hell with the e-mails!” What the hell was that? I happen to agree with Trump on that one! Bernie threw too much away then! All he had to say was: “There is an investigation underway, and it would not be fair or judicious or prudent of me to comment upon that investigation until conclusions are reached and the facts are disclosed.”

So, yes, I think he did “betray” Progressives by endorsing Clinton. And… and perhaps he had no choice! We have no idea what kind of pressures are brought upon these candidates behind the scenes. This is hardly a “do-good,” “open” society. We live in an Age of Distractions–false premises, false promises.

Gary Corseri has published and posted articles, fiction and poems at hundreds of venues, including, TMS (Transcend Media Service), The New York Times, Village Voice, Redbook Magazine and Counterpunch.  He has published 2 novels and 2 collections of poetry, and his dramas have been produced on PBS-Atlanta and elsewhere.  He has performed his poems at the Carter Presidential Library and Museum, and he has taught in universities in the US and Japan, and in US public schools and prisons.  Contact: Gary_Corseri@comcast.net.