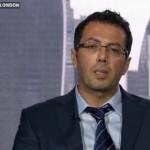 17 Aug 2016 – Everyone seems to have a theory on how to obliterate ISIS, or ‘Daesh’. However, two points are rarely raised: one, concerning the origins of the group and the second, on whether there are genuine intentions to defeat it, in the first place.

We must boldly address the first to unravel the enigma behind the rise and growth of ‘Daesh’ – otherwise, how else can the group be dismantled.

We must contend with the second point before engaging in superfluous discussions about the most appropriate war strategy – that if war is, at all, the answer.

The questions are quite urgent yet, somehow, they are frequently overlooked, glossed over through some disingenuous logic or the blame is always placed somewhere else.

Now that the Americans have launched yet another aerial war against Libya, purportedly to target ‘Daesh’ positions there, the discussion is being carefully geared towards how far the US must go to defeat the militant group?

In fact, “can airstrikes alone win a war without ‘boots on the ground’?” has morphed, somehow, to become the crux of the matter, which has engaged a large number of intellectuals on both sides of the debate.

US media gurus, split between two equally war-mongering parties, love to jump at such opportunities to discredit one another, as if waging wars in other countries is an exclusively local American affair.

Days are long gone when the US labored to establish coalitions to wage war, as it did in Kuwait and Iraq in 1990-91 and, to a lesser extent, again, in Iraq in 2003. Now, wars are carried out as a matter of course. Many Americans seen to be unware, or oblivious to the fact, that their country is actually fighting wars on several fronts, and is circuitously involved in others.

With multiple war fronts and conflicts fermenting all around, many are becoming desensitized. Americans particularly have, sadly, swallowed the serum of perpetual war, to the extent that they rarely mobilize in any serious way against it. 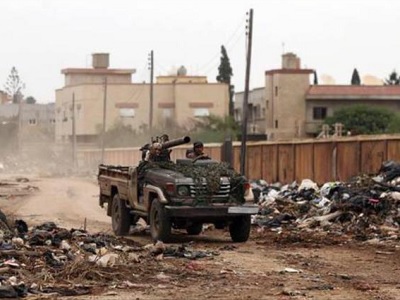 In other words, a state of war has become the status quo.

Although the US Administration of President Barack Obama has killed thousands, the majority of whom were civilians, there is no uproar nor mass protests. Aside from the fact that the Obama brand was fashioned to appear as the peaceable contrast to warmongering George W. Bush, there has been no serious change in US foreign policies in the Middle East in any way that could suggest that one president is ‘better’ than the other.

Obama has simply continued the legacy of his predecessor, unhindered. The primary change that has occurred is tactical: instead of resorting to massive troops’ buildup on the ground with an assignment to topple governments, Obama has used airstrikes to target whoever is perceived to be the enemy, while investing in whoever he deemed ‘moderate’ enough to finish the job.

Like Bush’s preemptive ‘war on terror’, Obama’s doctrine has been equally disastrous.

Obama’s wars were designed to produce little or no American casualties, since they were almost entirely conducted from the air and via unmanned drones operated by remote control, sometimes thousands of miles way. That approach proved less taxing, politically. However, it worsened the situation on the ground, and instead of ending war, it expanded it.

While Bush’s invasion of Iraq revived al-Qaeda and brought it to the heart of the region, Obama’s aerial wars forced al-Qaeda to regroup, employing a different strategy. It rebranded itself, from militant cells to a ‘state’, sought swift territorial expansion, used guerrilla warfare when facing an organized army or is bombed from the sky, and carried out suicide bombings throughout the world to break the morale of its enemies and to serve its propaganda efforts aimed at keeping the recruits coming.

Considering that enemies of ‘Daesh’ are themselves enemies of one another, the group is assured that its existence, at least for the foreseeable future, is tenable.

The truth is that ‘Daesh’ thrives on military intervention because it was born from previous military interventions. It is expanding because its enemies are not in unison, as each is serving agendas that are rarely concerned with ending war, but rather seeing war as an opportunity to realize political gains.

With this logic in mind, one cannot expect the US ‘Operation Odyssey Lightning’, which officially began on August 1 in Libya, to achieve any results that could end up in stabilizing the country.

How could such ‘stability’ be projected, if it were not the US and other NATO members’ war on Libya in 2011 that has largely dismembered a once rich and relatively stable Arab country? Indeed, it was the vacuum left by subsequent conflicts that invited ‘Daesh’ to Sirte and other areas. Now, the US – and other western powers, led by the French – are applying unwinnable war tactics to stave off a messy crisis they had created themselves when they waged an earlier war.

Even if ‘Daesh’ is driven out of Sirte, it will find some other unstable environment elsewhere where it will spawn and wreak havoc. Sirte, in turn, will, likely, fall back into a state of bedlam where various militias, many of whom were armed by NATO in the first place, turn their guns against each other.

Without a whole new approach to the problem, the conflicts will certainly keep multiplying.

According to airwars.org, which keeps track of the war on ‘Daesh’, 14,405 coalition airstrikes against the group have been carried out in Iraq and Syria through 735 days of a relentless campaign. An estimated 52,300 bombs and missiles were dropped, although the number must be much higher, since there are numerous strikes that are never claimed by any party, thus are not officially recorded, as such.

This, of course, does not take into account Russia’s own aerial bombardment, or any party that is not officially part of the Western coalition.

But what good did this do, aside from killing many civilians, destroying massive infrastructure and spreading ‘Daesh’ further into the abyss of other vulnerable Middle East and North African spots?

There are few voices in the US media and government that seem serious about changing the perspective completely on the Bush-Obama war on terror. Sensible calls by the likes of Jill Stein, the Green Party candidate for President, that the root causes of terror must be addressed to end terrorism, rarely register in the halls of US government and Congress.

In January, the cost of the war on ‘Daesh’, as estimated by US Defense Department data has jumped by $2 million dollars a day to a total of $11 million. “The air war has cost the US about $5.5 billion total since it began in August 2014,” Business Insider reported. The escalation in Libya is likely to produce new, more staggering numbers soon.

Expectedly, this is a great time for business for those who benefit from war. Concurrently, the cycle of war and violence is feeding on itself with no end in sight.

“Hope in aerial bombardment as the prophylactic for peace is absurd,” Vijay Prashad, Professor of International Studies at Trinity College in Hartford, wrote recently about the futility of airstrike wars.

“It has given us instability and chaos. Other roads have to be opened. Other paths ceded.”