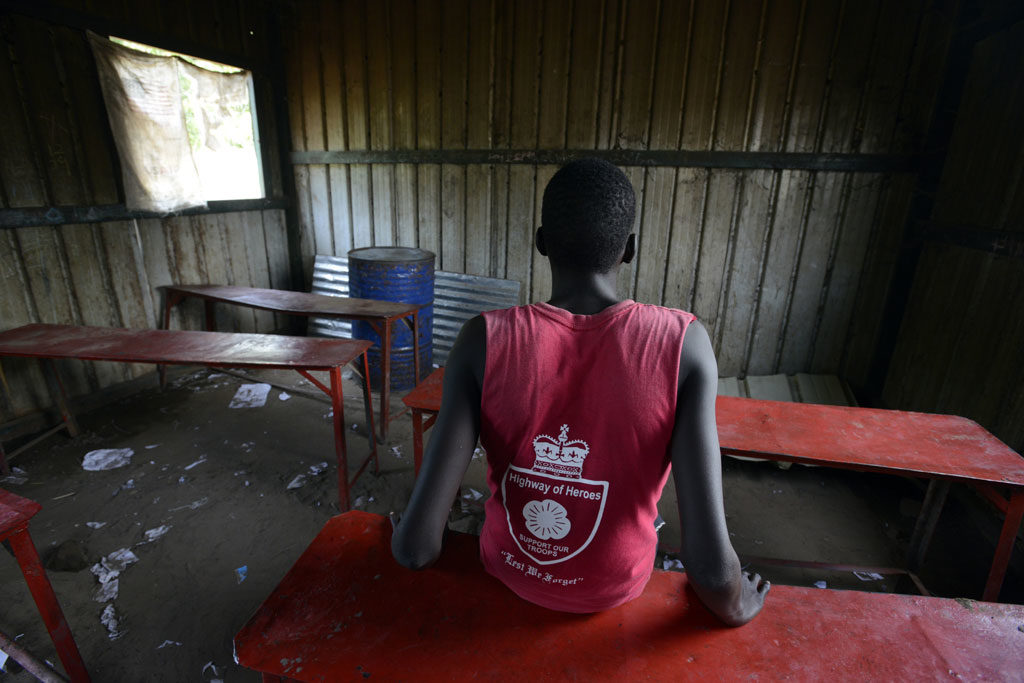 Gatkuoth (not his real name), 15 years old, was recently released from an armed group in South Sudan. He was recruited when he was just thirteen. UNICEF estimate that there are still 16,000 children associated with armed groups in the country. Photo: UNICEF/UN028379/Rich

19 Aug 2016 – Reporting that 650 children have been recruited into armed groups in South Sudan since January, the United Nations Children’s Fund (UNCEF) called today for an immediate end to recruitment and an unconditional release of all children by armed actors.

“The dream we all shared for the children of this young country has become a nightmare,” said Justin Forsyth, UNICEF Deputy Executive Director said today in a news release issued by the agency.

“At this precarious stage in South Sudan’s short history, UNICEF fears that a further spike in child recruitment could be imminent,” he added.

The agency also warned that renewed conflict could put tens of thousands of children at an even greater risk. It further noted that despite widespread political commitment to end the practice children continue to be recruited and used by armed groups and forces.

According to estimates, some 16,000 children have been recruited by the armed groups and armed forces since the crisis first began in the country in December 2013.

The news release added that in 2015, UNICEF oversaw the release of 1,775 former child soldiers in what was one of the largest demobilizations of children ever. However, renewed fighting and recruitment in the world’s youngest country risks undermining much of this progress, it noted.

The agency also highlighted increased grave violations in the country, noting that gender-based violence, already pervasive, has greatly intensified during the current crisis.

“Recent reports point to widespread sexual violence against girls and women. The systematic use of rape, sexual exploitation and abduction as a weapon of war in South Sudan must cease, together with the impunity for all perpetrators,” he said.

The UN agency further underscored that unconditional access for all humanitarian interventions in Juba and all other parts of the country is urgently needed to provide support, protection, and assistance to children and women across the country.

“Without a fully operational humanitarian sector, the consequences for children and their families will be catastrophic,” concluded Mr. Forsyth, recently returning from a trip to the country’s capital, Juba, and the northern town of Bentiu.