The Importance of Cheering for Caster Semenya

18 Aug 2016 – You might not know the name Caster Semenya, but it’s likely you’ve heard her story.

When she was only 18 years old, the South African runner won gold at the 2009 world championships in the 800 meters. She went on to win the silver medal at the London Olympics, and is the overwhelming favorite in Rio.

But, unlike her record-setting peers on the track, Semenya isn’t best known for her speed.

Semenya is allegedly intersex. Ever since three hours before her world championship race in 2009 — when news unacceptably leaked that the International Association of Athletics Foundation (IAAF) was going to subject her to a gender test — she has been more famous for her naturally-occurring testosterone levels than her talent.

“God made me the way I am and I accept myself.”

Over the last seven years, the narrative surrounding Semenya has taken on a life of its own. She’s no longer viewed as a human being; she’s merely a concept to debate. While others get fawning Sports Illustrated covers when they dominate their sports, Semenya gets ridiculed and questioned, poked and prodded.

When the controversy over her gender erupted, it took Semenya and those close to her by surprise. According to the Guardian, at the world championships, she “was so overwhelmed by the global controversy that she had to be persuaded to accept her gold medal.” 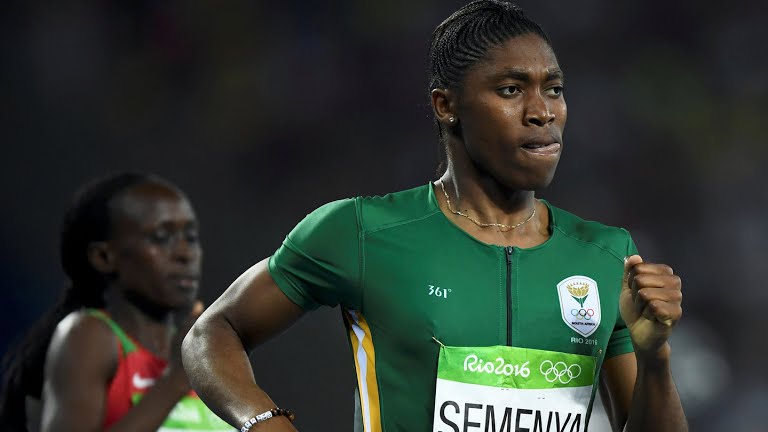 Still, through it all, Semenya just keeps running, and refuses to apologize for the body she was given.

“God made me the way I am and I accept myself,” she said back in 2009, when intimate details about her body first became a talking point for pundits.

“I can’t stop running because of people,” Semenya said to the BBC last year, as reported by ESPN. “If you have a problem with it, come straight to me and tell me. I cannot stop because people say no she looks like a man this and that. It’s their problem, not mine.”

That attitude in itself is worth celebrating.