The Looming Financial Crisis Nobody Is Talking About, but Should Be

3 Aug 2016 – The world has been captivated by a continuous stream of disturbing and shocking headlines. Seemingly every other day, different terrorist attacks, police assassinations or political stunts ignite the public into an emotional frenzy. But as fear shuts down critical thinking, banks that control Europe’s financial system are entering a death spiral. Despite what establishment media narratives push, the most dangerous threat to our way of life isn’t a religious ideology or political divide. 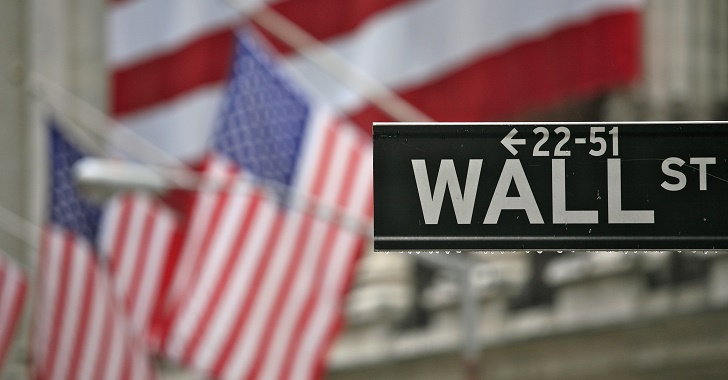 The real risk is a contagion that is undermining the core of the financial system, and the interconnectedness of the globalized economy we live in makes containing the problem nearly impossible. Concerns that used to be isolated to the failing state of Greece have now engulfed the rest of the PIIGS nations. If these dominoes continue to fall in Europe, the momentum could carry the destruction to every corner of the globe.

Italian banks are the latest on the chopping block in the wake of Brexit. For years, they have been acknowledged as a weak link in the economic chain, but they now face stress tests that could expose the scope of their internal problems. The oldest bank in the world, Monte Dei Paschi, is at the center of the controversy, with an expected shortfall of over 3 billion euros.

Other big names, like UniCredit, are in equally bad shape. Wells Fargo recently found that nearly 15% of all loans held by Italian banks could be at risk of default, a staggering figure to attempt to unwind. Further, England’s departure from the E.U. has sparked questions over the future of the euro — and Italy could be the catalyst for an all out breakdown of confidence. If panic begins to grip the Italian people, things could escalate quickly, potentially triggering bank runs.

A perfect storm of slow or zero Italian economic growth, low interest rates and politically connected, often corrupt, lending have combined to create a situation where the Italian financial system is in need of a large rescue.

The head of the European Central Bank, Mario Draghi, wasted no time reassuring the markets and downplaying the significance of the hurdles ahead. Draghi is a former governor to the Bank of Italy, and he recently came out in full support of a ‘public backstop’ for the toxic loans. The public backstop suggested is the political term for shafting the taxpayer. Governments and banks alike have no problem shifting the responsibility of the debt onto the citizens, all while chastising them about how excessive their entitlement programs are and framing the greed of everyday people as the root of the issue. For the elites, it is much easier to use austerity measures, inflation, and shaming of the public to deflect blame from themselves than it is to take ownership for their own corrupt actions.

New regulations passed by the E.U. prevent bailout-style action similar to what the U.S. implemented during the 2008 crisis, meaning the only other option on the table is to use customer accounts to re-capitalize, otherwise known as a bail-ins. We saw a test run of this a few years ago in Cyprus, which led to the confiscation of all personal funds exceeding 100,000 euros. In this trial, the seizures only affected the very wealthy, so there was little major outrage; most accounts over the threshold were also held by foreigners, particularly from Russia.

But in such a future scenario, private savings accounts, retirement funds, and IRAs of average citizens could be stolen by the banks — without compensation — to cover their bad investments. Although it would be devastating for Italy to have to implement these tactics to save their failing institutions, the real fireworks would be the effects such a move could have on other key banks and foreign nations.

As time passes, red flags continue to emerge that point to a terminal diagnosis for the system as a whole. Deutsche bank is by far the most crucial in the E.U., as it supports the union’s powerhouse economy of Germany. In the last year alone, however, their stock price has plummeted more than 60%, bringing the total decline to 90% since its peak in 2007. The bank also just announced its plan to close over 188 branches and cut 3,000 jobs in the coming months. The rebound in the American financial sector over the last seven years never manifested in Europe; instead, the value of their banks continued to grind lower, perpetuated by political ineptitude and central bank manipulation. Germany is the last strong economy left to prop up the crumbling trade bloc in Europe, and without its stability, this grand experiment is doomed to fall apart at the seams. 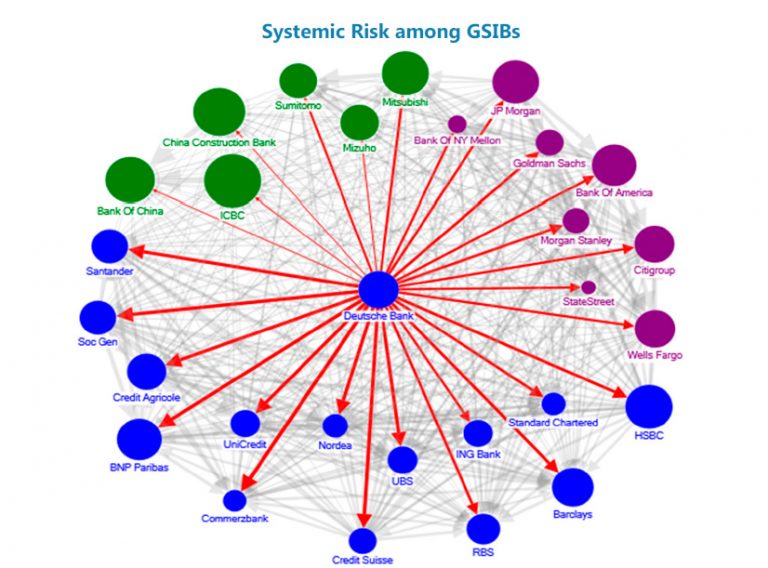 If those signs aren’t bad enough, Deutsche has also become the poster child for the ominous derivatives bubble. It, alone, has amassed an exposure of over $75 trillion dollars in these risky devices, which is almost equal to the annual GDP of the world. This problem is by no means isolated to the European markets; the U.S. banks also drank the kool-aid, and believe it or not, helped create a quadrillion dollar mess.

The empty promises made by financial managers are only as good as the public’s confidence in them. Before the subprime mortgage crisis, it seemed like there wasn’t a care in the world — until everyone got spooked and headed for the exits at once. If a similar stampede occurred today, the implications would be far worse. The amount of money needed to pay out on the outstanding derivative contracts doesn’t even exist, and the CIA’s factbook states that broad money, including all paper currency, coins, checking, savings, and money market accounts, equals just over 80 trillion dollars — a mere fraction of the what it would take to cover the exposure of the banks.

Warren Buffet famously referred to these instruments as “financial weapons of mass destruction.” He reiterated his perspective in a more recent interview:

I regard very large derivative positions as dangerous. We inherited a modest sized position at [Berkshire’s reinsurance vehicle] Gen Re in a benign market and we lost about $400m just trying to unwind it with no pressure on us whatsoever. So I think it does continue to be a danger to the system.

The derivative market is one of the most obscure in all of finance. Instead of buying a share of a company, or a commodity like oil or corn at a future price, a derivative has no value on its own. Its entire worth is derived from the performance of other parts of the market. It is essentially a side bet on the price movements of real assets. If the major banks, like Deutsche, were to go under, all of those derivatives would be wiped out and could light the fuse on this economic time bomb.

Even George Soros has commented on the ongoing crisis in the E.U., saying:

Europe’s leaders must recognize that the EU is on the verge of collapse. Instead of blaming one another, they should pull together and adopt exceptional measures.

The Italian banking crisis and the ballooning derivative market may seem like a trivial issue that is out of sight and out of mind, but the black hole it could open up would destroy our way of life. Thinking about these possibilities can be terrifying, but there are steps that can be taken to ensure individuals at least have an insurance plan in place. Becoming educated on the financial system we’re living in is paramount to having the foresight needed to take action.

Developing technologies like Bitcoin and other cryptocurrencies have created an entirely new monetary system that isn’t subject to the corruption of the broken centralized model. These peer-to-peer networks can secure wealth while allowing unprecedented mobility and anonymity. Other forms of stable money, like gold or silver, also play a key role in financial independence. There are few assets with zero counter-party risks, and precious metals allow each individual to become their own central bank.

Being self-reliant is also a powerful tool; not being dependent on someone else in a worst-case scenario is crucial to thinking clearly when financial panic breaks out. There is no antidote for the potential chaos bearing down on us, but building strong relationships, obtaining basic skills, and stockpiling the necessities of daily life can provide peace of mind and preparedness.

A chain of events has been set in motion that will expose the massive fraud world banks and governments have perpetuated on their citizens. When fear porn is being promoted on the major networks, keep in mind the real threats to freedom and security will not be openly announced. The focus on the lone nutjob that kills 20 or the spread of deadly pandemics, for example, is nothing but propaganda aimed at shifting attention to things that are uncontrollable. Ensuring the masses feel helpless and in need of the government’s protection is priority number one for the ruling class. Talking heads and hedge fund managers will be eternally optimistic on the outlook for the future, even as the collapse becomes undeniably obvious. Problems for the European Union will continue to build, and the risk of the disease spreading to other economies increases by the day. Unfortunately, this Ponzi scheme system we built our societies on has left us vulnerable to any well-timed black swan event.